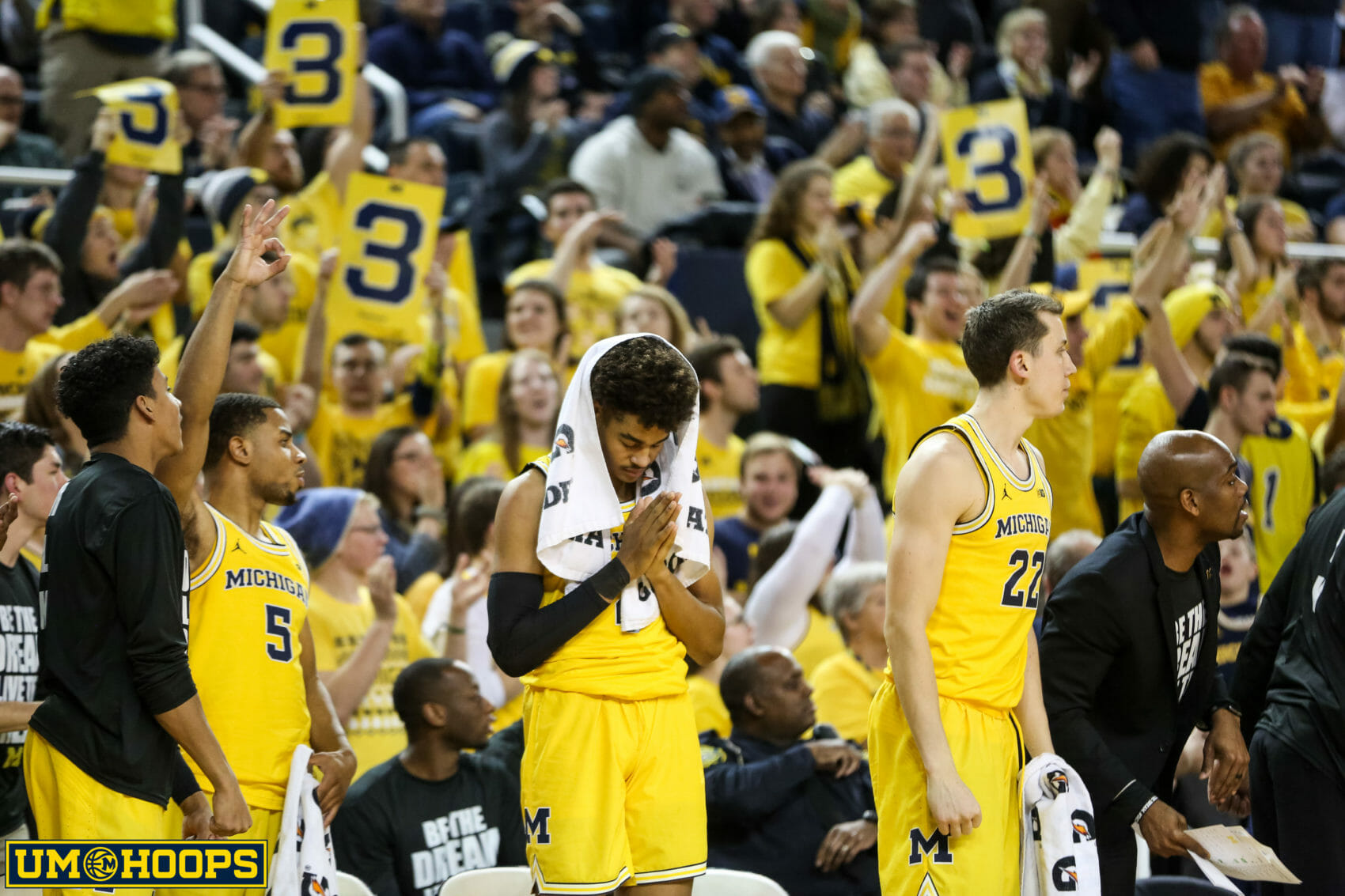 Michigan knocked off Maryland on Monday night thanks to a long pass by Isaiah Livers.

A week ago, Michigan played one of its best games of the season and left the court trying to figure out how it lost.

Tonight, the Wolverines played good basketball for maybe 10 minutes and managed to escape with a win.

I wrote a column earlier about how Michigan might have learned how to make those critical important plays in close games. They didn’t quite back it up on the court.

Michigan did just about everything possible to try to gift the game to Maryland despite doing all of the hard work. The Wolverines battled through a brutal first half to remain in striking distance. Then came back quickly in the second. Then came back again.

With what appeared to be a comfortable lead down the stretch, they managed to let things unravel once again.

The Wolverines had two empty possessions inside of 3 minutes (and two scores) and then Zavier Simpson missed a pair of free throws with a 2-point lead. Those misses gave the Terps a chance and Isaiah Livers failed to switch a screen and left Kevin Huerter wide open for a 3-pointer.

Michigan won the game with the half court pass set that I’ve seen John Beilein run, but that I don’t think I’ve ever seen it work. Isaiah Livers was a standout baseball player in high school and it showed. He found Muhammad-Ali Abdur-Rahkman in stride and heading toward the basket. Abdur-Rahkman didn’t force up a shot and managed to drive to the rim and get fouled.

The one Wolverine who has been nearly automatic at the line this season finished the job. 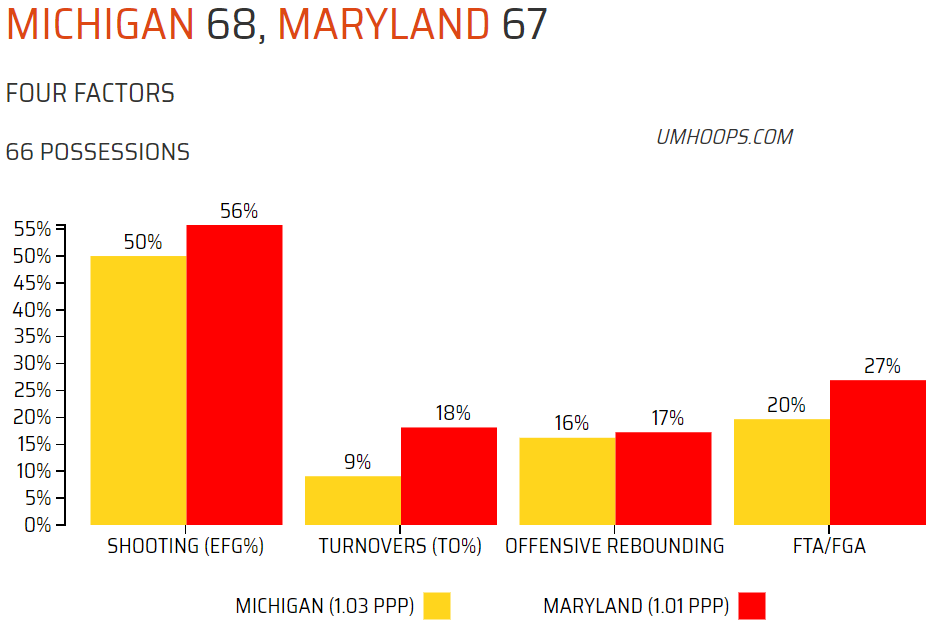 Scoring the basketball was a struggle for Michigan on Monday night. The Wolverines managed to score just 20 points in 28 first half possessions (.71 PPP) and that felt generous based on the performance. The offense was more effective in the second half and scored 48 points in 38 possessions (1.26 PPP), but that required 9 3-point makes including a stretch of five in a row.

Maryland did a great job of slowing the game down and forcing Michigan’s guards to beat it in the half court.

Michigan’s starters at the one, two and three combined to go just 7-of-31 from the floor for a 24.2 effective field goal percentage. While Muhammad-Ali Abdur-Rahkman, Charles Matthews and Zavier Simpson had their moments against Purdue and Michigan State attacking off the dribble, they just couldn’t make a shot tonight. Teams are going to dare that trio to beat them off the bounce and finish at the rim and it is tough to blame them judging by the results tonight.

Eventually Michigan found two things that worked: Jordan Poole doing Jordan Poole things and Moritz Wagner in the pick-and-pop. Poole and Wagner combined for 29 points on 10-of-14 shooting (7-of-10 3-point) and changed the game for the Wolverines in the second half.

At the end of the day, Michigan only scored 1.03 points per possession against a team that entered the game with the worst per-possession defense in the league. Maryland was probably never that bad, but we still aren’t quite sure how good Michigan’s offense can be this season.

Michigan’s defense was good enough to keep it close and eventually win the game. The biggest takeaway of the night is that if the Wolverines can grab every defensive rebound — they secured 83% of Maryland’s misses — then they can hang around in any game.

The defensive shooting numbers weren’t great — 53% on twos and 40% on threes for a 56 eFG% — but I’m willing to say that this is a damn good defensive rebounding team. The Terps had a few early offensive boards, but Michigan cleaned up the mess consistently for the rest of the night.

While Michigan’s offense missed some plays late to leave the door open, Maryland also bailed out its defense. The Terps missed the front end of two one-and-ones and Kevin Huerter had an uncharacteristically cold game from the floor on just 4-of-11 shooting.

Maryland’s gameplan seemed to be putting the ball in Anthony Cowan’s hands and watch him win the game. He almost did it. Cowan made his fair share of plays, but Michigan’s defense deserves credit for turning the Terrapin guard over 6 times.

While this game was played on short rest, and it showed early, the calendar doesn’t get any easier. The Wolverines travel to Lincoln for another game on Thursday against a Nebraska team that has been very tough at home, but a program that Michigan has been successful against. 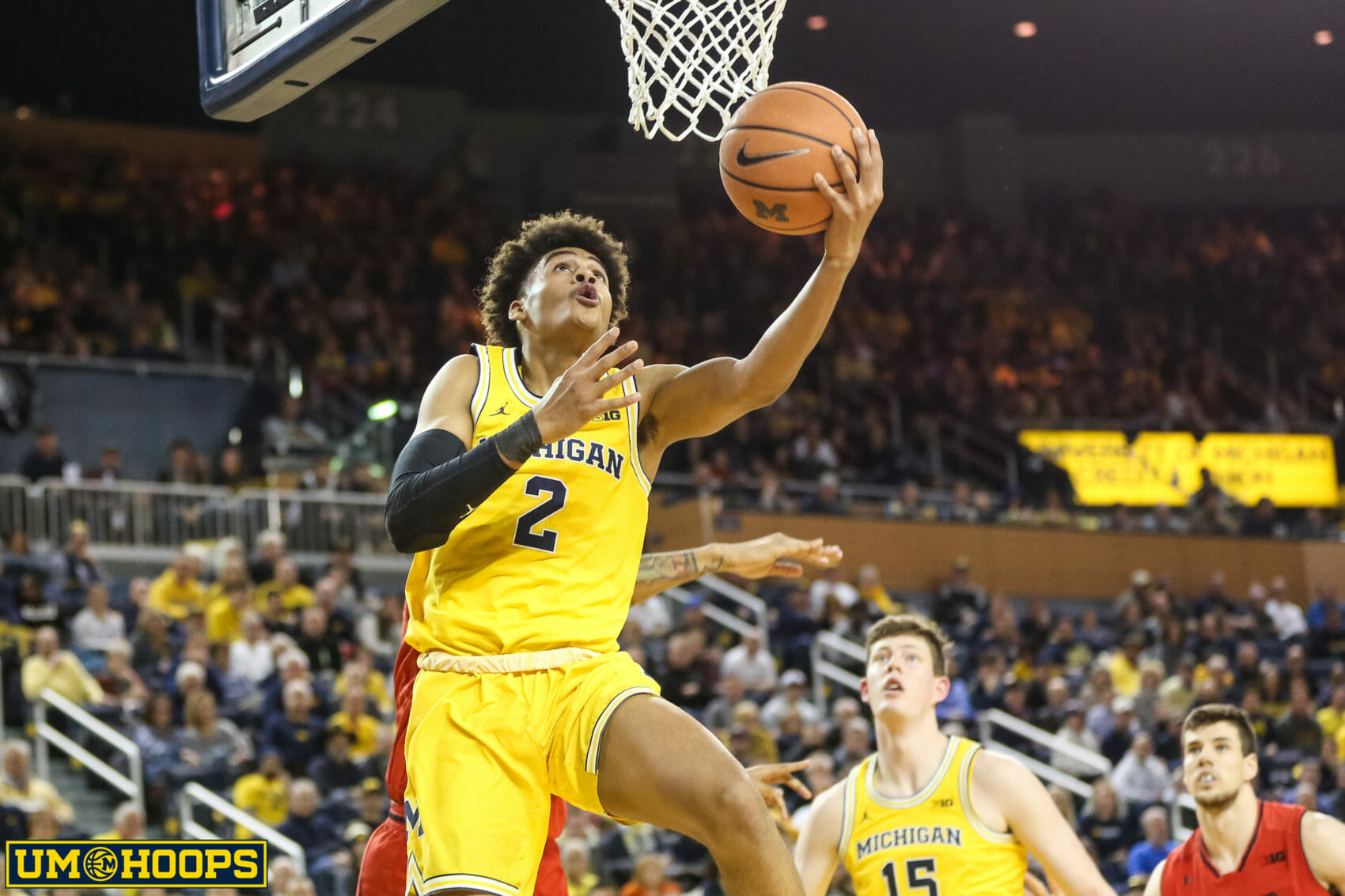 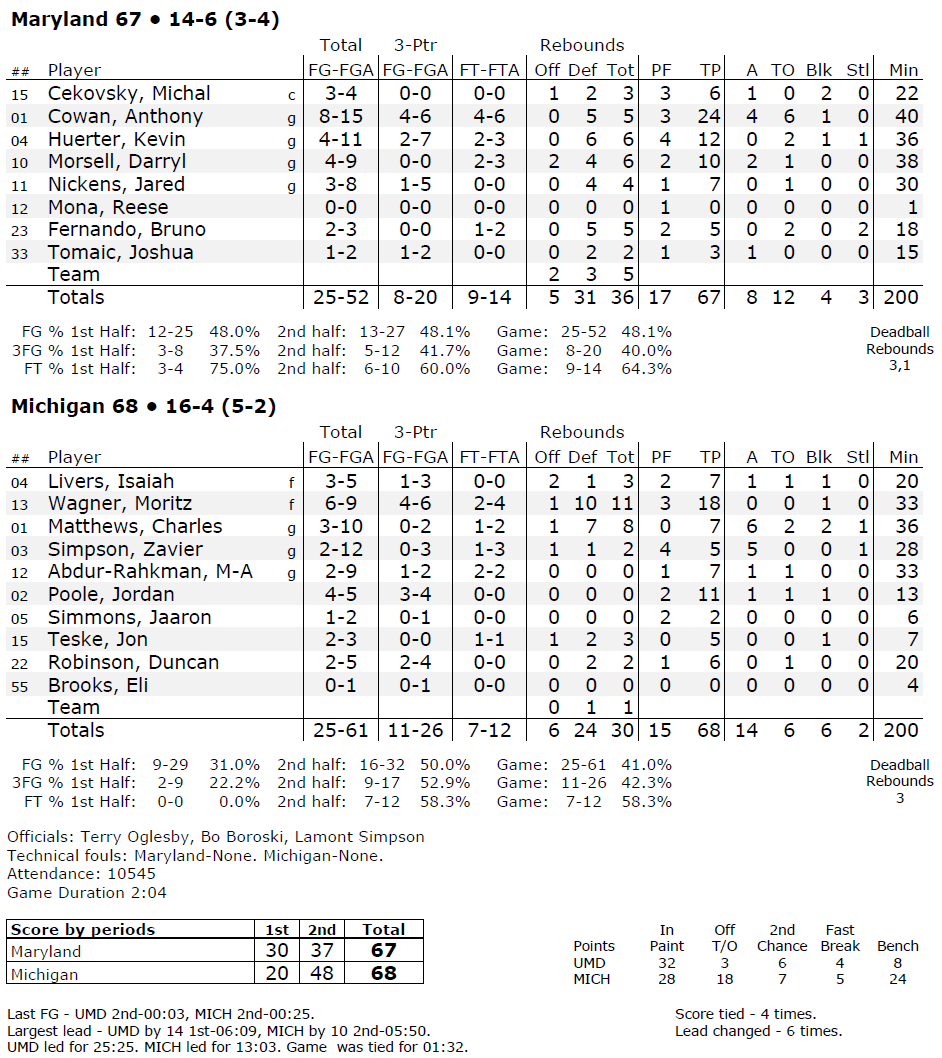