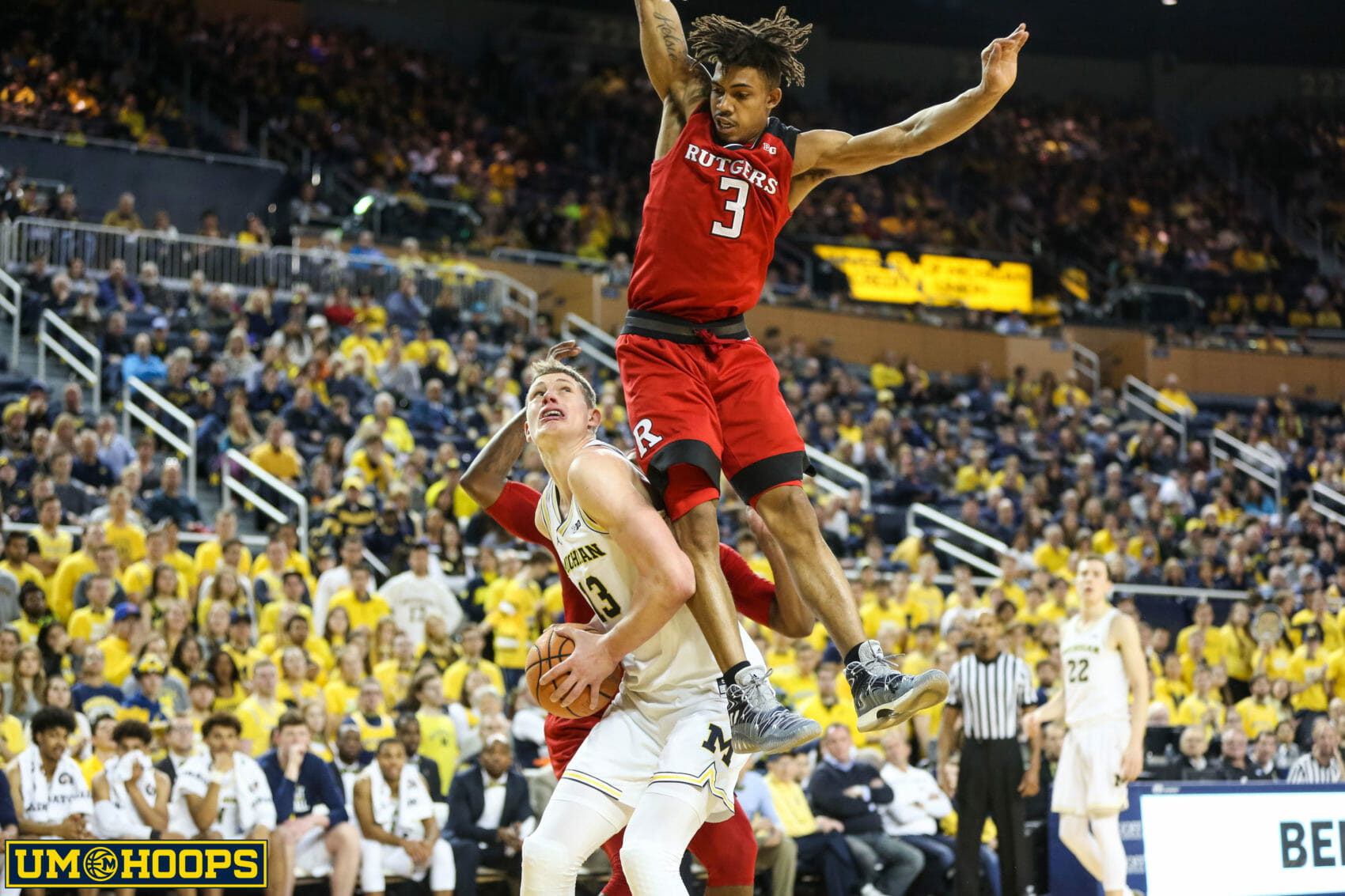 Michigan knocked off Rutgers on Sunday afternoon to move to 5-3 in league play.

There’s nothing fun about playing Rutgers, especially as the fourth game in eight days.

The Scarlet Knights are physical, methodical, and defend every possession. They control the tempo of a game and relish low scoring grind-it-out affairs, but they are also incredibly limited offensively.

There were ugly moments — Michigan’s second basket of the game didn’t come until the 13:45 mark of the first half — but Michigan survived with a comfortable 15-point victory on Sunday afternoon.

It wasn’t the sort of win that leaves you feeling great looking ahead, but it is the sort of victory that you need to navigate on a Sunday afternoon in late January. 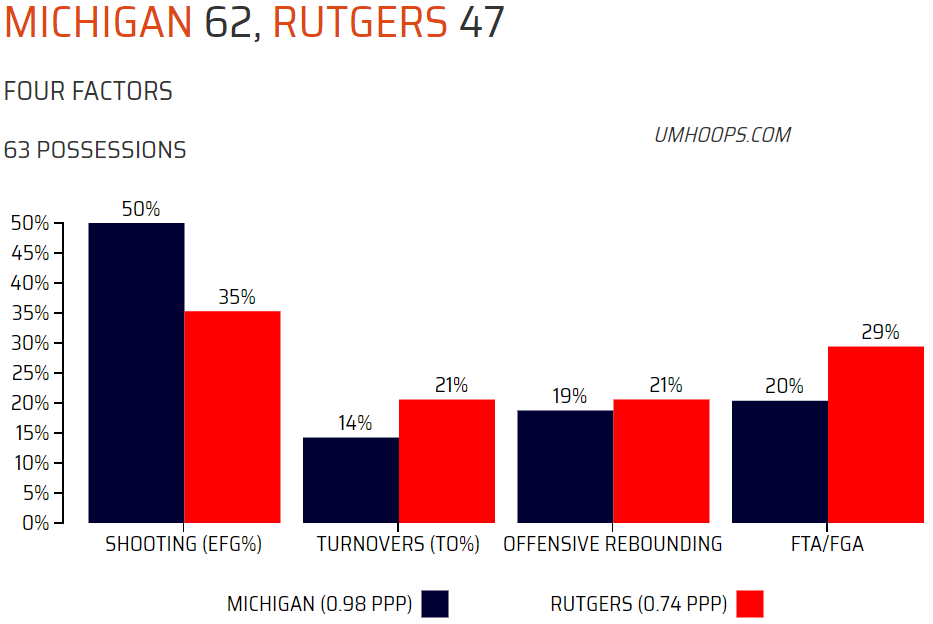 This is the third game that Michigan has won while scoring less than a point per possession this season. The Wolverines only managed to do that once all of last year. That speaks to how well the defense has played, but it is also a reminder of this team’s offensive warts.

Rutgers is solid and physical on defense, but Michigan has scored just .97 points per possession combined over its three games since the win at Michigan State. There are real concerns about this team’s ability to execute on offense consistently. Duncan Robinson made 4-of-8 triples, but his teammates were just 4-of-17 from long distance. That lack of 3-point shooting pop is a concern and allows teams to pack things in and dare the Wolverines to beat them.

Beilein mentioned that he was frustrated with the ball sticking on offense noted that his team is getting stuck reacting to how teams are defending them and creating a bit of paralysis by analysis rather than just playing. That definitely seems to be the case as the Wolverines react the more well-scouted defenses in league play and it is a concern moving forward as the offense sputters.

Defending Rutgers amounts to defending a ton of isolation looks on the perimeter and bully ball in the post. There’s not a lot movement or creativity to the Rutgers offense, but players like Corey Sanders and Deshawn Freeman will test individual defenders. Michigan held up to the challenge and stuck to the script. Rutgers managed just a 35% eFG% on the game and Michigan rebounded an impressive 79% of the Scarlet Knights’ misses.

Perhaps the most telling stat of the afternoon is that Rutgers recorded just one assist on 17 made field goals in a 40 minute game.

It was a disjointed contest, but Michigan’s ability to force turnovers help sparked some easy opportunities. The Wolverines outscored Rutgers 7-0 in fastbreak points and Rutgers gave the ball away on 21% of its offensive possessions despite entering the game leading the Big Ten in turnover rate.

Michigan is 17-5 (6-3 Big Ten) with a win at Michigan State. The last week has been grueling, but the Wolverines are in a better spot than they were a week ago. I’m still not sure what this team’s ceiling is and it looks like there will be plenty more dog fights on the schedule, but a few days of rest before a rematch at Purdue on Thursday will be welcomed. 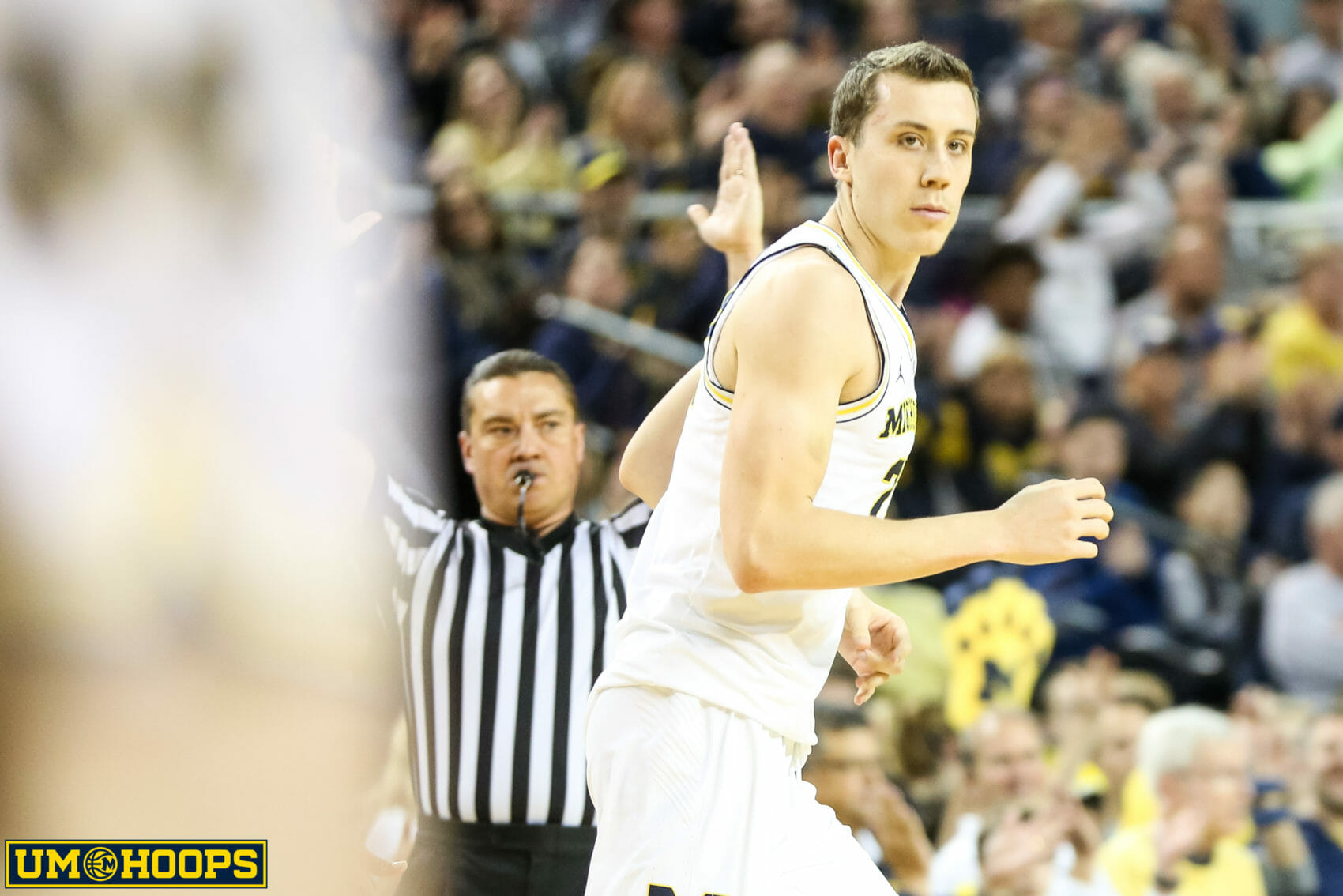 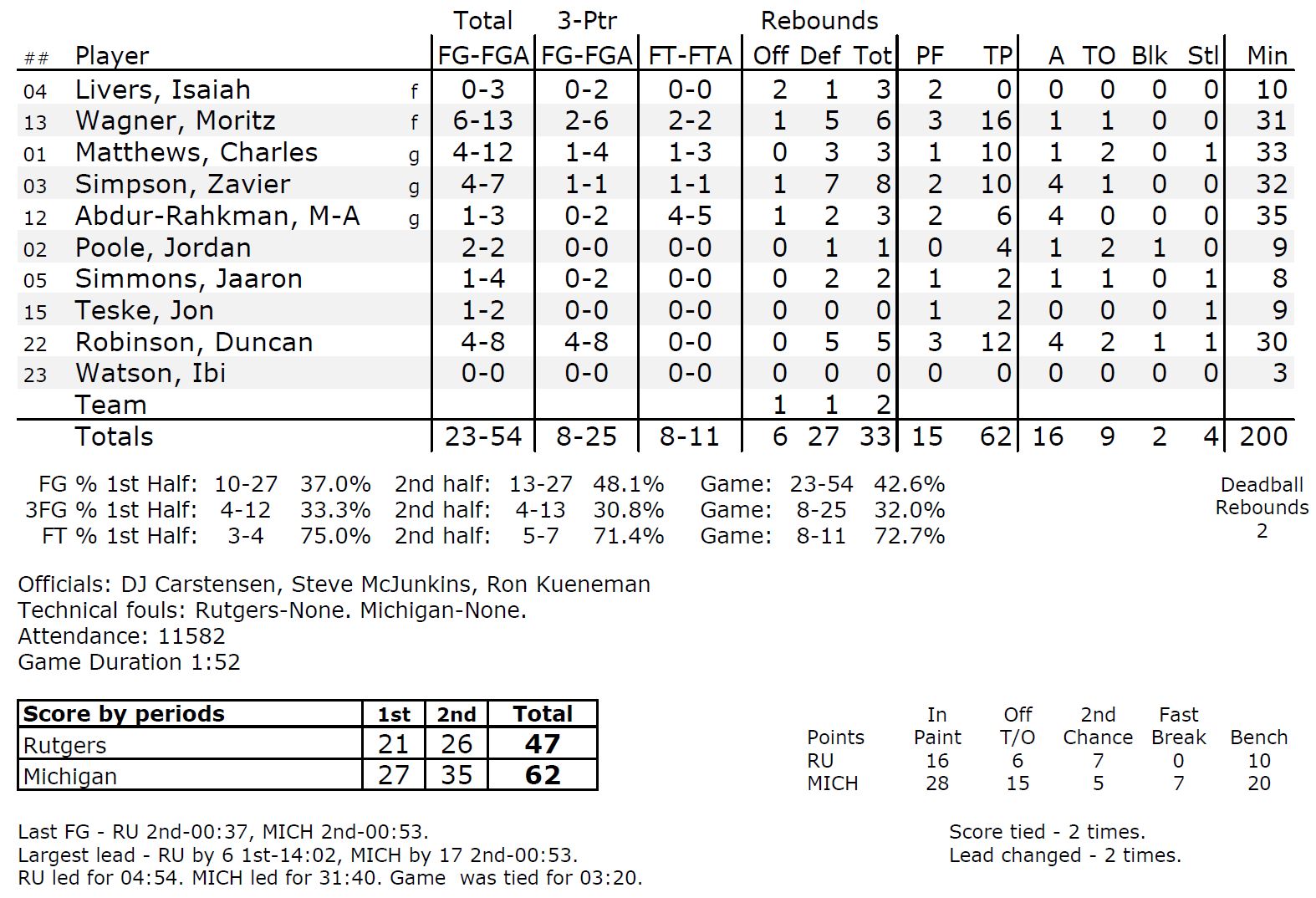