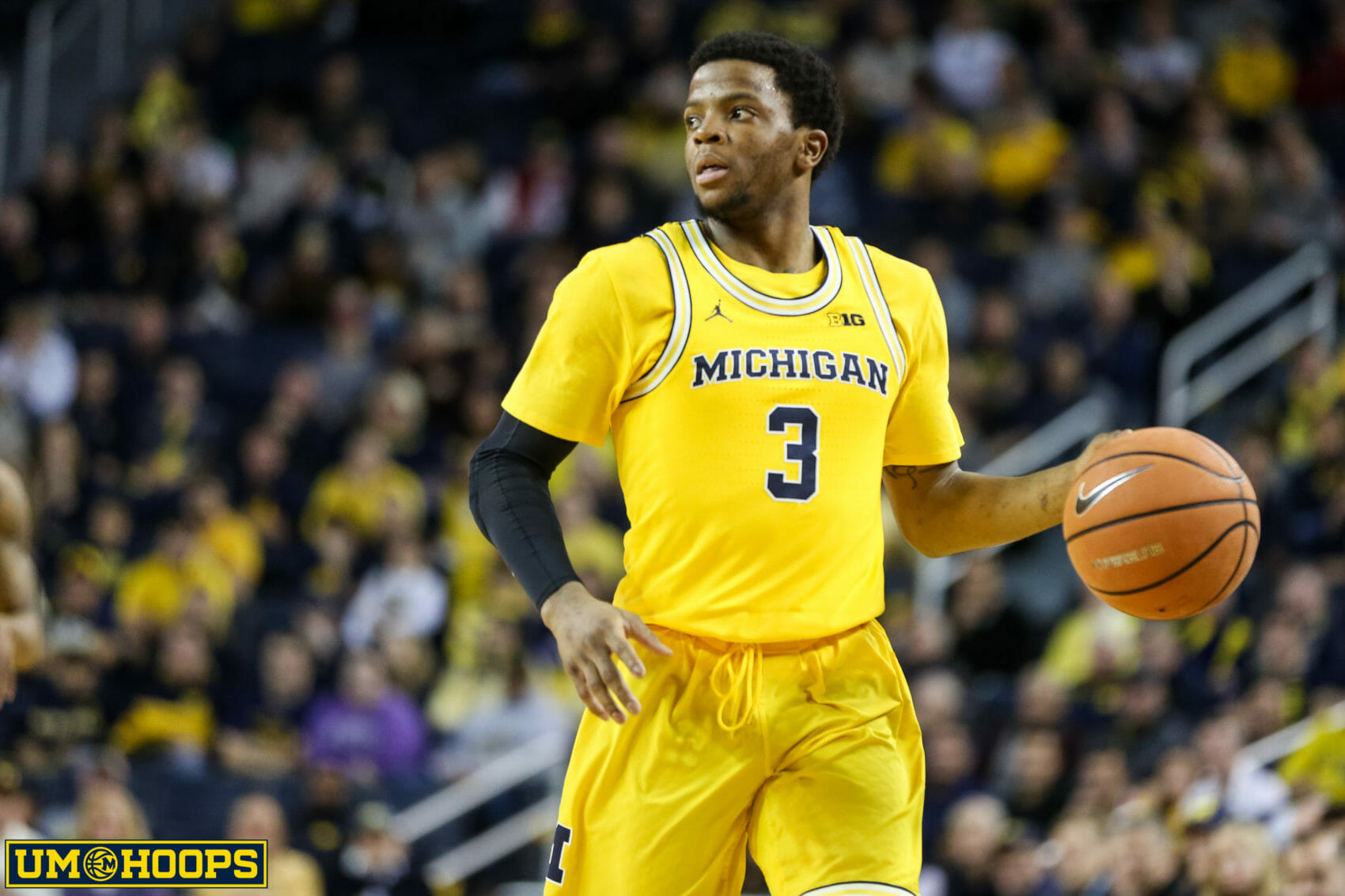 Michigan hosts Northwestern tonight (7:00 p.m., FS1) as it looks to get back in the win column after a loss in West Lafayette.

The Wildcats haven’t won at the Crisler Center since 2010, but last year’s buzzer beater win will be fresh on Michigan’s mind.

Northwestern was projected as an NCAA Tournament team entering the year and things haven’t materialized. The Wildcats went 0-5 against top-100 opponents in non-conference play and are just 4-5 in Big Ten games. They lost Bryant McIntosh for a couple of weeks due to injury and have never gelled as the team many thought they could be.

On offense, Northwestern’s regression seems to just be a product of being slightly less effective at what it did last year. The Wildcats weren’t a great shooting team last year, but they are slightly worse this year with just a 50% eFG% overall (198th) and 46.8 eFG% in league games (12th). Northwestern is ranked 3rd in the Big Ten in offensive rebounding rate, but 10th in turnover rate and 14th in free throw rate. The Wildcats are shooting just 45% on twos (12th) and 32.8% on threes (10th) in league games.

Senior guard Bryant McIntosh is the focal point of the Northwestern offense. He’s a high usage ball screen player who is tasked with creating offense for himself or finding a teammate in an advantageous spot. McIntosh is ranked 3rd in the Big Ten in assist rate, but his shooting numbers have been very average this season. He’s shooting just 37% on twos and 32% on threes in big Ten games, in large part to his penchant for the mid-range jumper.

Scottie Lindsey‘s junior season went off track due to mono and he’s never been the same player since that time he missed midway through last season. Lindsey is shooting 42% on twos and 25% on threes in league games for just a 39.9 eFG%. His senior year has been his least efficient season since he was a freshman in Evanston.

Vic Law has been one of Northwestern’s more efficient offensive options. Law makes 40% of his 3-point attempts and is a great defensive rebounder. Hes’ shooting 48% inside the arc with about a 50-50 split on twos and threes. A large chunk of Law’s offense is residual action — spot ups threes off of McIntosh ball screens and transition looks — but his underlying efficiency numbers are very good as a shooter coming off of screens and even as a ball screen creator himself.

Dererk Pardon is mostly a catch-and-finish big off of cuts and rolls to the hoop, but he’s an efficient finisher and a great offensive rebounder. Pardon does a good job of drawing fouls and getting to the line, but he’s just a 62% shooter at the stripe.

Gavin Skelly and Aaron Falzon play the majority of Northwestern’s minutes at the four position. Both players are around 6-foot-8, 230 pounds and are volume 3-point shooters. Skelly is mode adept inside (27-of-58) while Falzon is “just a shooter” with 79% of his shot attempts coming from outside. Both guys are reliable from the perimeter with Skelly hitting 46% of his threes and Falzon checking in at 40%.

KenPom likes Michigan by a final score of 68-59 and gives the Wolverines an 80% chance at the home victory. Michigan is entering a tricky portion of the schedule where they should be favored against teams that could desperately use a road win over a team like them to jumpstart their season.