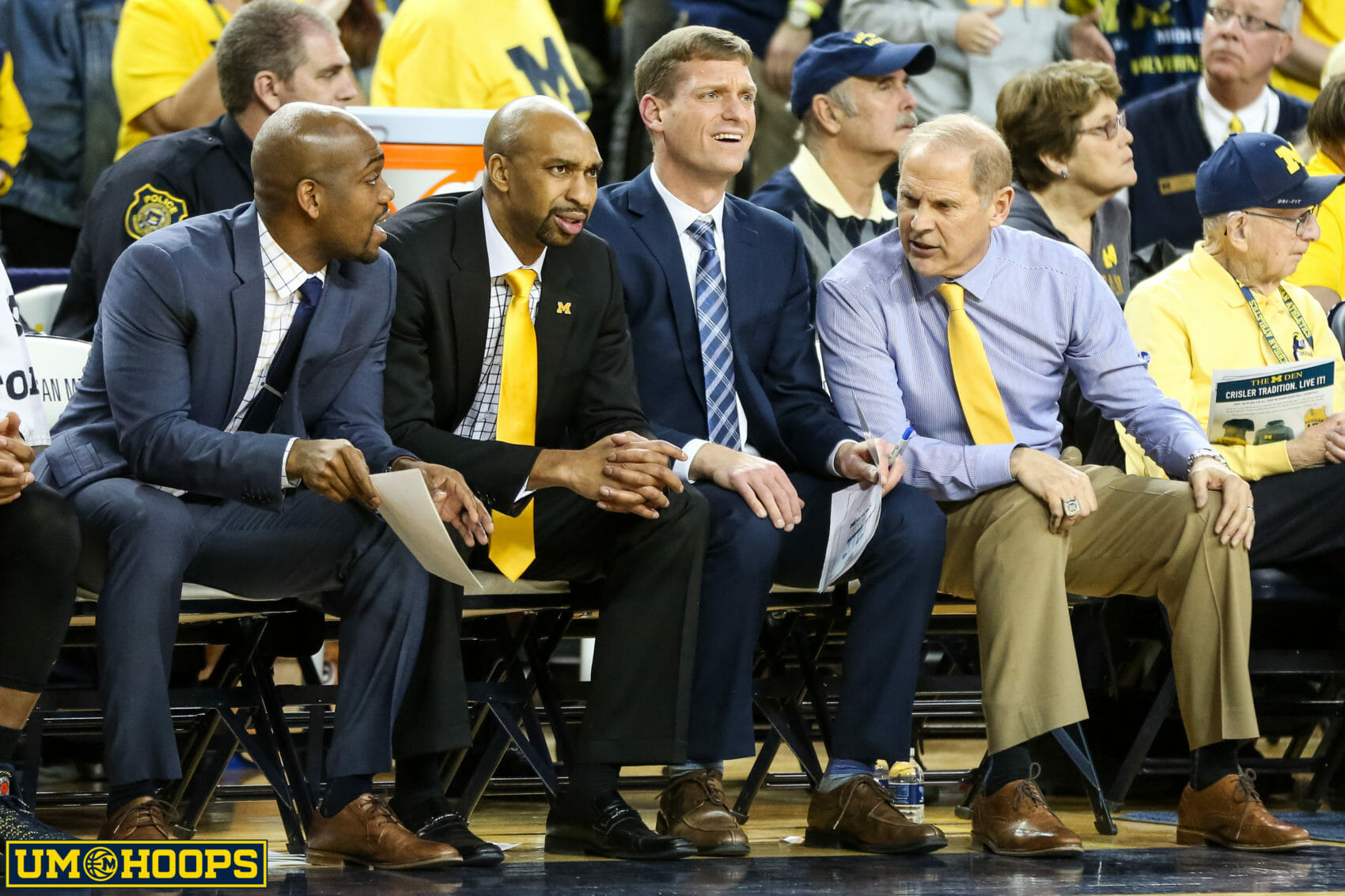 Michigan’s defense carried to to a home win over Northwestern.

It took 10 minutes for a Michigan player other than Charles Matthews to score on Monday night, but the Wolverines escaped with an ugly 59 possession win over Northwestern thanks to an impressive defensive showing.

“We didn’t make shots, we didn’t make foul shots, but we held them and that was the key,” John Beilein said of the first half defensive performance.

Charles Matthews led the Wolverines with 14 points, but the defense was the story. The Wolverines help a league opponent below 50 points for the second time in three tries and won their fourth game of the year while scoring under a point per possession —  something they did just once last year 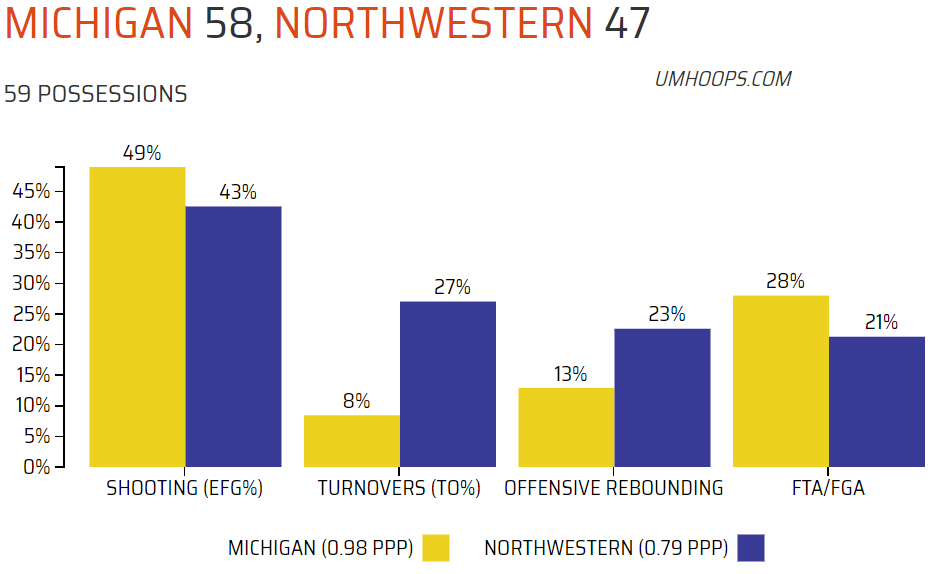 Michigan’s offense was a disaster in the first half, managing to score just 21 points in 29 first half possessions. Northwestern’s zone took Michigan out of its comfort zone and the Wolverines either missed open shots or allowed the ball to stick before failing to get a good look. John Beilein and his team figured things out at the break as the Wolverines scored 37 points in 30 second half possessions — an impressive 1.23 points per possession.

The ball started moving and the shots started falling in the second. Michigan’s coaches were also able to be much more involved with the offense heading toward the bench as you could see assistant coach Deandre Haynes writing up play calls on a white board during late-game offensive sets.

Michigan went just 3-of-15 from three in the opening half, but hit 4 of their first 7 attempts in the second and were able to get the offense moving. The Wolverines also did a masterful job of utilizing different actions to overload Northwestern’s zone and generate open looks or find cutters along the baseline for layups and dunks.

Northwestern isn’t a good offensive team, but this was a great performance by the Michigan defense (Bart Torvik’s site calls this Michigan’s 2nd best adjusted defensive performance of the season). Northwestern scored 14 points in the first 10 possessions of the game. The Wildcats only managed to score another 33 points in the final 49 possessions of play — which spanned the final 33 minutes of play — that’s just .67 points per possession. The Wolverines held the Wildcats to several long field goal droughts and held them scoreless for the final seven minutes of the first half.

The Wolverines’ defensive rebounding effort was on brand against a very good offensive rebounding team, grabbing 78% of Northwestern’s misses, but they did a much better job of forcing misses than they have in other non-Rutgers games of late. Northwestern shot just 45% on twos and 25% on threes in the loss.

Michigan’s ball screen rotations on defense were some of the best that I’ve seen from a John Beilein coached team. The Wolverines made the proper rotations and helped in the right places and that was a major reason that Northwestern turned the ball over on 27% of its offensive possessions. Michigan turned those 16 Northwestern giveaways into 16 points which helped jump start an offense that struggled at times.

It wasn’t pretty, but an winning a 59 possession game by 11 points is a very solid performance. Northwestern’s zone gave Michigan some pause, but the Wolverine offense got the job done in the second half. Next up for Michigan is a home date with a Minnesota team that has lost 6 of its last 7 games. 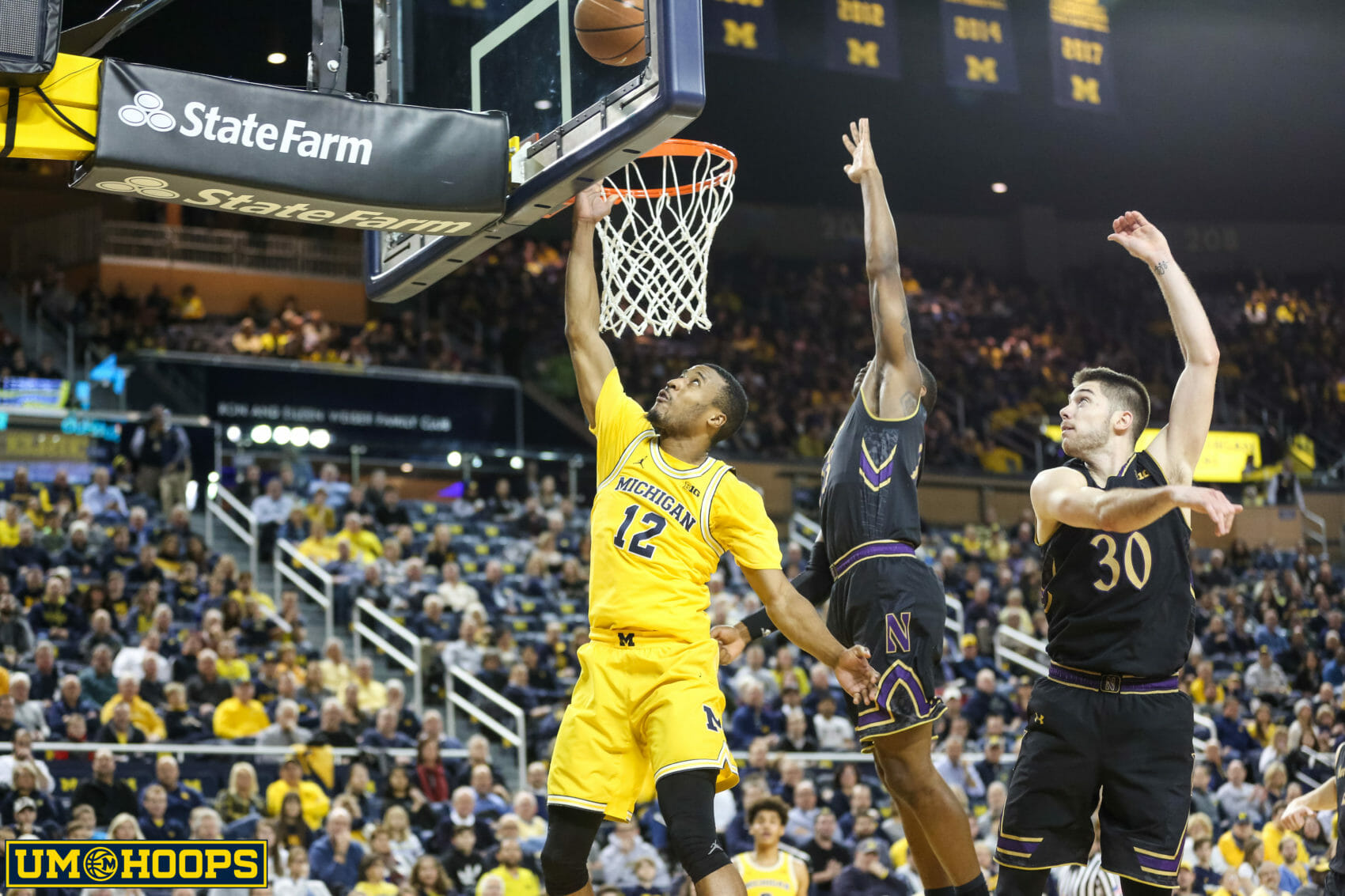 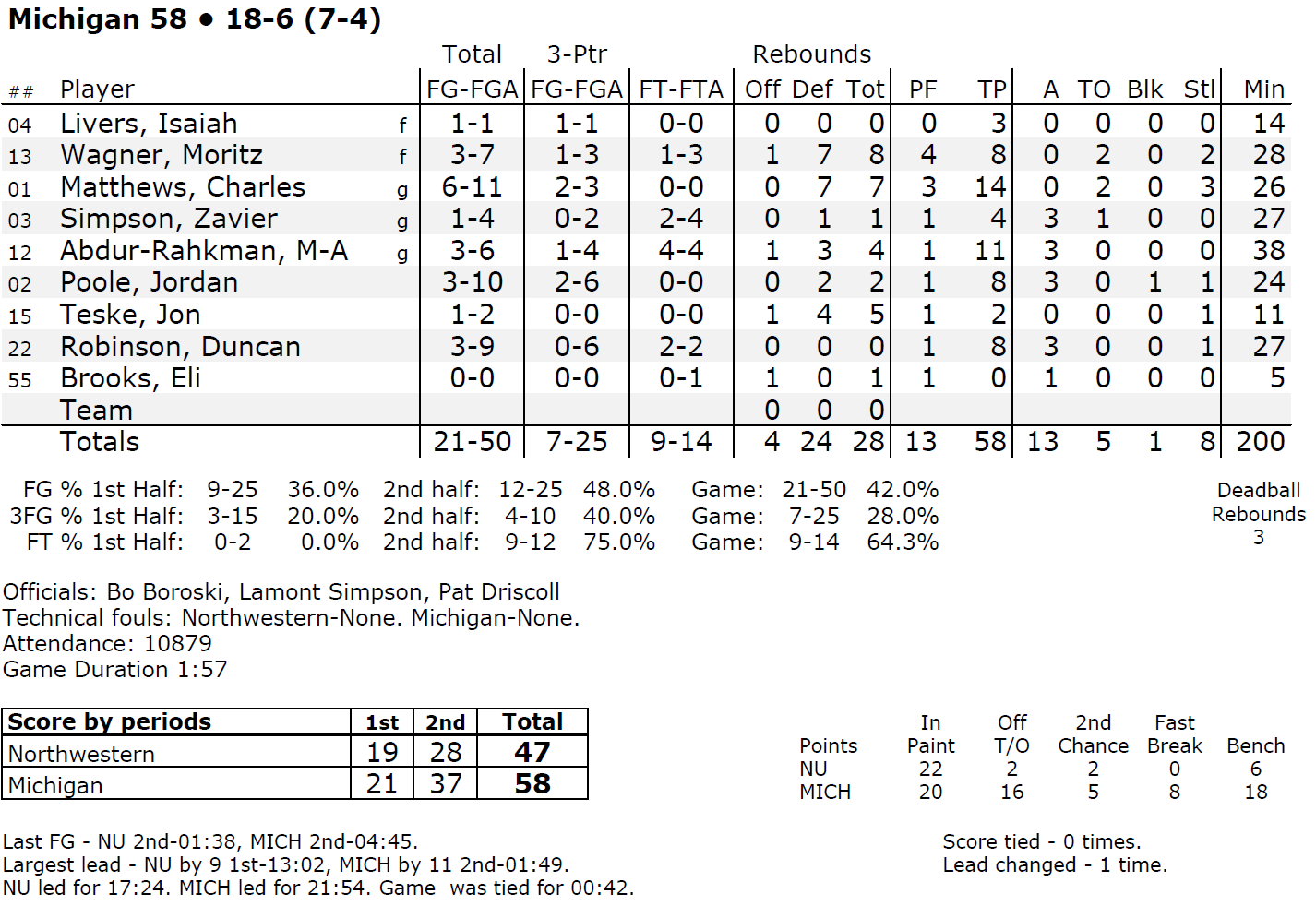