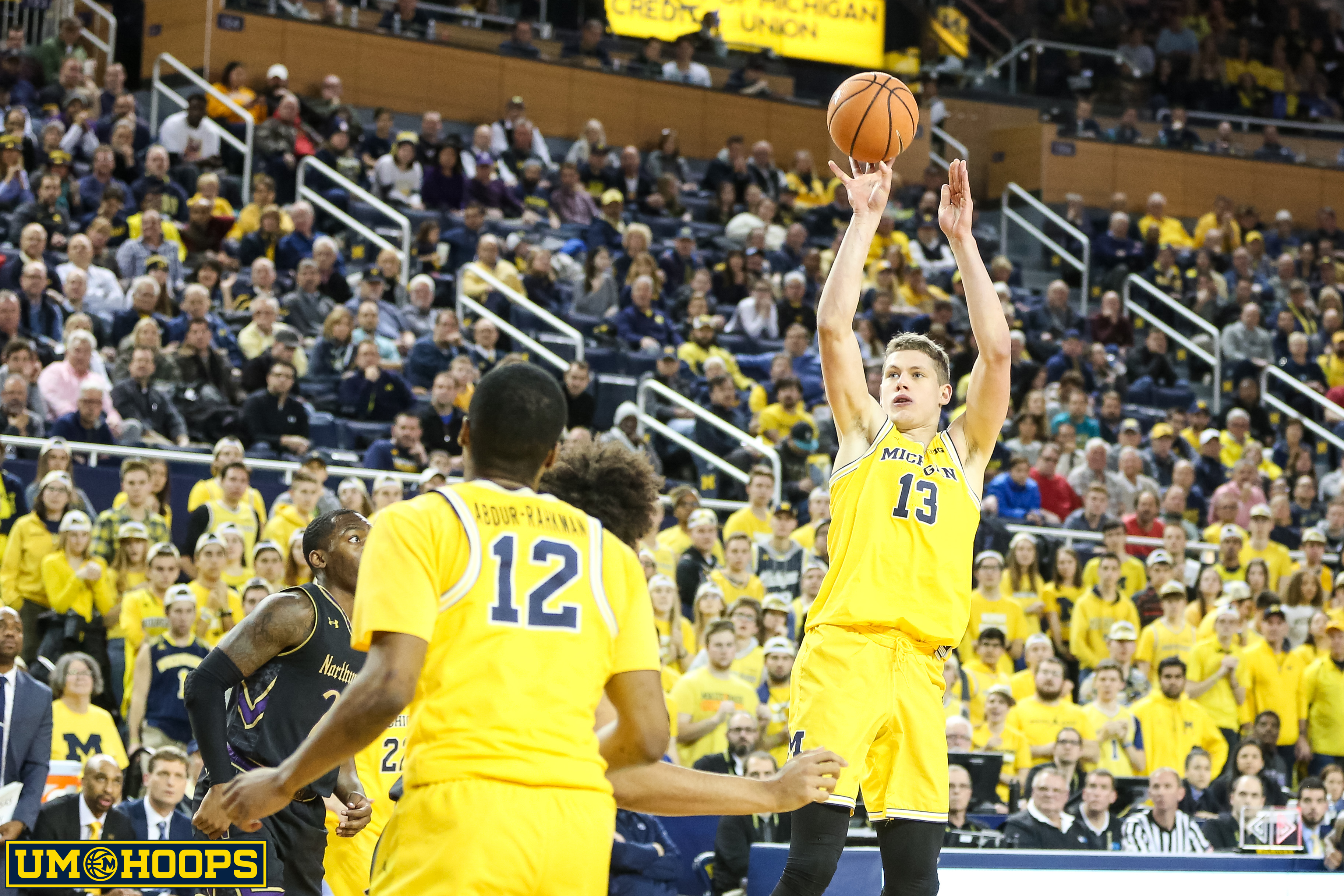 Minnesota was picked to finish third in the Big Ten and started the season 13-3, everything was going according to plan.

Then shortly after the new year, the season started to unravel. Starting center Reggie Lynch was suspended indefinitely in early January after multiple sexual assault allegations came to light. Star sophomore Amir Coffey was sidelined at the same time with a shoulder injury. He returned to the lineup on January 20th, but re-injured the shoulder against Northwestern on January 23rd and missed Minnesota’s last game at Iowa. He’s day-to-day ahead of Saturday’s matchup.

The Golden Gophers have won just one of their last eight games and their season is heading full speed in the wrong direction. Michigan will host the Gophers on Saturday afternoon (2:30 p.m., FOX) in what will be Minnesota’s 5th game away from home in its last six contests.

Minnesota is scoring just .99 points per possession in league play which ranks 10th in the Big Ten. The Golden Gophers are the second-worst shooting team in the conference with a 45.7 effective field goal percentage. They don’t attempt many threes (32.7% of attempts), but end up forcing up difficult twos. Minnesota is shooting just 43.2% on twos (13th) and 33.8% on threes (8th) in league games.

Minnesota’s defense is allowing 1.09 points per possession in league play (12th) and hasn’t held a team under a point per possession since Reggie Lynch’s suspension. The Gopher defense isn’t ranked better than 6th in any of the four factors in Big Ten play. With Lynch, Minnesota had one of the more imposing interior defenses in the league if not the country, but without him they have struggled to stop just about anyone.

Senior point guard Nate Mason was All-Big Ten First Team a season ago and is actually having a more efficient season this year, but the losses dampen some of his statistical luster. Mason is a great pick-and-roll scorer who attempts about half of his shots from 3-point range and connects at just under a 40 percent clip. Mason isn’t great finishing around the basket, but he’s one of the better shooters off the dribble in the league.

6-foot-6, 250 pound forward Jordan Murphy is a load inside. Murphy is a double-double machine and leads the Big Ten in points scored off of putbacks per game. Murphy grades out in the 84th percentile as a post-up scorer and passer and should be a load for Michigan on the block. He starts at the four position, but I’d expect to see him for extended minutes at the four against Michigan.

6-foot-5 junior Dupree McBrayer is one of Minnesota’s few experienced options on the wing. McBrayer isn’t the most efficient wing, but he’s a 36% career 3-point shooter and a good athlete. He’s generally struggled to score inside the arc, shooting just 39% on twos this season.

Sophomore wing Amir Coffey is listed as day-to-day and is the sort of versatile front court playmaker that can provide a huge lift to Minnesota when he’s in the lineup. He didn’t appear to be himself in his two games back from injury as he turned the ball over 8 times.

6-foot-11 senior Bakary Konate starts at the five position with Lynch suspended. Konate has length and experience and is an above-average rebounder, but he’s limited offensively.

Freshman guards Isaiah Washington and Jamir Harris will see time in the backcourt. Washington has no problem getting shots up, using 27% of Minnesota’s offensive possessions, but making them is another story. He’s shooting just 39% on twos and 19% on threes this season. Harris is the more efficient player and is predominantly a 3-point sniper.

KenPom likes Michigan at home by a final score of 75-64 and gives the Wolverines an 83% chance at picking up their eighth Big Ten win of the season. This is one that the Wolverines would really like to have before heading on the road next week for a pair of games at Northwestern and Wisconsin.