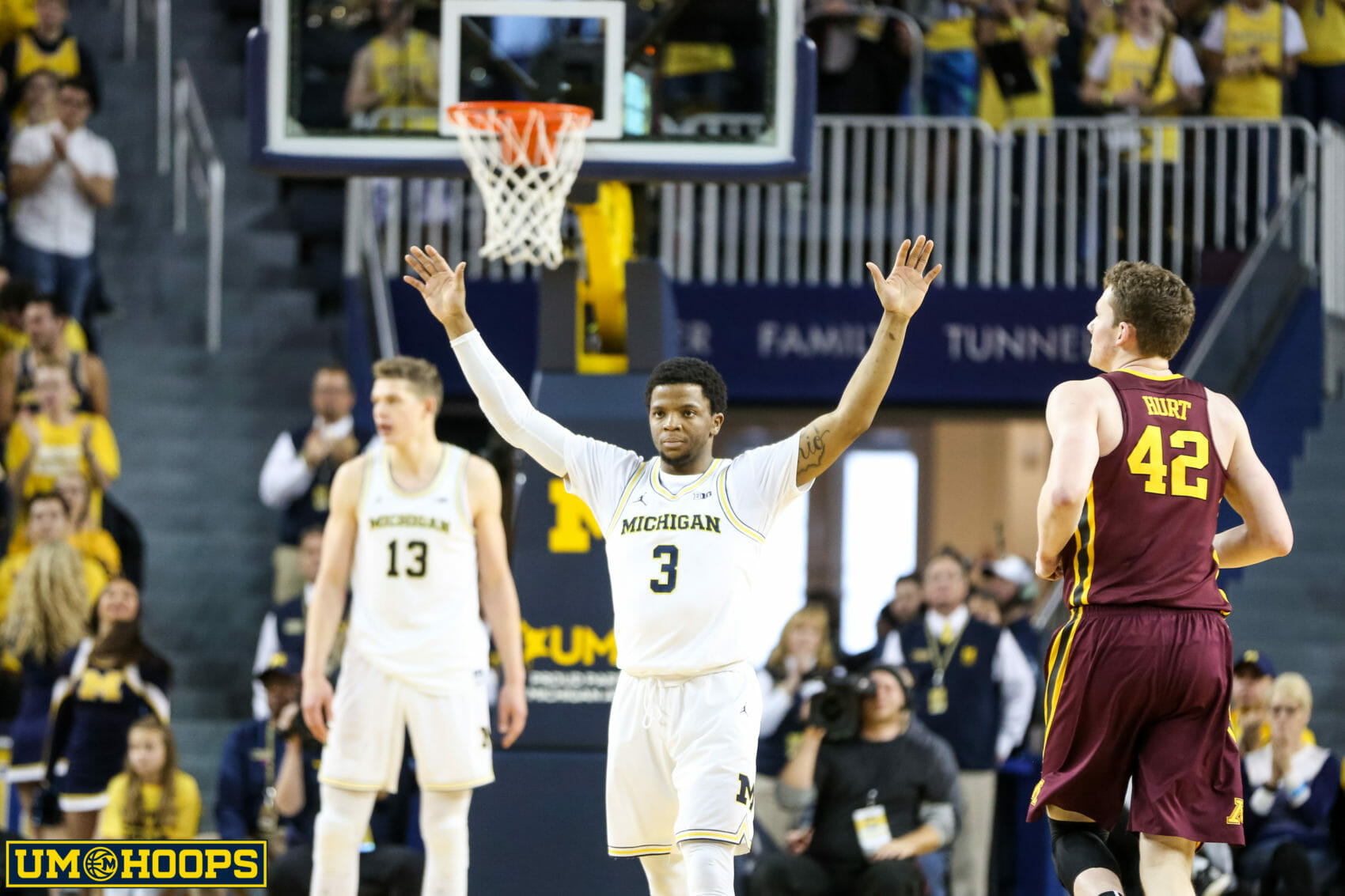 Selection Sunday is just over a month away which means it is time to bring back our Bracket Watch feature.

Michigan isn’t playing its best ball right now and suffered a tough loss at Northwestern on Tuesday night. That much is true.

Yet it also appears that John Gasaway, who recently listed the Wolverines as a team that has “work to do,” is also correct. Gasaway’s assertion even came before Michigan’s road loss to Northwestern.

“The Wolverines are in very good shape in terms of their tournament profile, due largely, though not entirely, to their win at Michigan State on Jan. 13,” Gasaway wrote. “(That win at Texas on Dec. 12 also is aging fairly well.) Nevertheless, there’s room for improvement on the seed line and, in fact, if the season ended today, Michigan might face a top seed in the round of 32.”

For now, though, the Wolverines are safe from the bubble and are around the 8-seed line in most bracket projections, but that would be if the season ended today.

It seems pretty clear that Michigan might want to turn around its misfortunes on the road — the Wolverines have lost their past three away games — if it wants to feel more comfortable come Selection Sunday. Road games against Wisconsin, Penn State and Maryland will be important, while a home matchup against Ohio State looms.

“Let’s talk about Michigan,” Ryan Fagan writes at Sporting News. “The Wolverines, who lost to Northwestern on Tuesday night, picked up solid non-conference wins against Texas and UCLA, and then looked great beating rival Michigan State by 10 points on the road. But … that’s about it for quality wins. I’m not saying they’re in danger of missing the tournament (yet), but that’s not a top-five-seed resume.”

Bracket Debate: Can Nebraska sneak in?

The Cornhuskers aren’t in the greatest position right now despite winning 9 of their first 13 Big Ten games.

Nebraska closes with four of its last five games at home and will likely be favored in all five. It is completely possible that Tim Miles could finish with a 14-4 Big Ten record and miss the NCAA Tournament.

A strong showing at the Big Ten Tournament will likely be critical if the Huskers want to cement a bid.