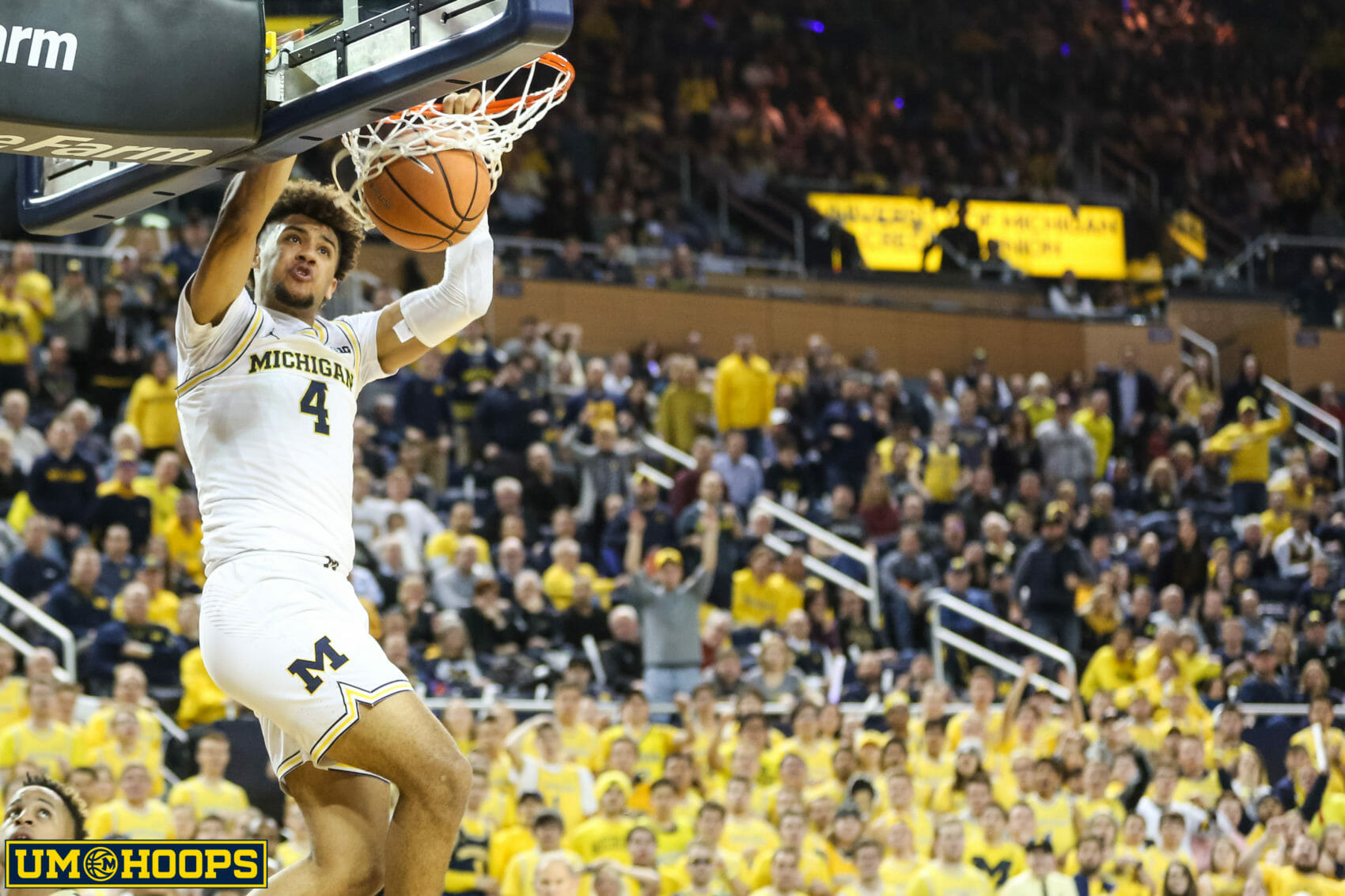 On Saturday, John Beilein updated reporters on Isaiah Livers’ status prior to tomorrow’s game at Wisconsin. Livers — who sustained an ankle injury at Northwestern on Tuesday — will be a game-time decision on Sunday.

Though Livers hasn’t hit double-digit points since being put in the starting lineup nearly a month ago, the freshman is an efficient scorer when he does decide to shoot it, with a 60.3 effective field goal percentage. Livers also adds another capable defender to Michigan’s rotation, which would become quite thin at the ‘4’ without him.

Wisconsin’s season has been a struggle this year after graduating four starters from last season and battling injury issues.

The Badgers are 4-9 in the Big Ten and well out of the tournament discussion with their streak of top-four Big Ten finishes finally broekn. Ethan Happ, however, is still a superstar who poses unique problems for any team facing Wisconsin.

Happ is an able post scorer who can find teammates as well as any bug man in the country. He has a 36.4 percent assist rate — 19th in the country — despite, you know, playing center. That mark leads the position by a laughable margin. No other player who stands above 6-foot-7 ranks in the top-100, per KenPom.

“I don’t think I’ve ever seen anybody like him in my life,” Beilein said. “There’s not a guy, anywhere, that has that package, where he’s almost 100 assists — he’s got as many assists as Zavier Simpson — he has incredible vision, then he also…with his back to the basket, he’s got eyes in the back of his head. And he sees everything that’s coming.”

Unlike with Purdue’s Isaac Haas, however, Happ isn’t surrounded by shooters. Wisconsin is outside the top-200 in 3-point shooting this season. Michigan can double off several different rotation players, saving for Aleem Ford and perhaps Brad Davison.

Beilein wasn’t sure whether the Wolverines will be eager to pursue that strategy. If Moritz Wagner is left to his own devices against Happ — as he was against Purdue’s Isaac Haas — it’s not hard to see him struggling. However, Happ is proficient against double-teams.

“I think when everybody started double-teaming him last year, that bothered him a little bit,” Beilein said. “It’s not bothering him right now.”

Michigan’s two seniors have just five regular season games left in their college careers. However, the two are leading the Wolverines right now.

“Whether they’ve personally had good games or they’ve had bad games — games that weren’t quite as good as they’ve played in the past — they’ve really brought it to practice every day,” Beilein said. “I can’t say enough about their attitude as we go down the stretch, whether in practice or games. Both of them are very positive, they’re trying to lead this young team, and they’ve done a really good job of it.”

That sort of attitude speaks especially well to Robinson, who’s in the midst of down year and lost his starting job to a freshman. Robinson didn’t have to be ok with that — not others might not have been.

As for Abdur-Rahkman, he’s clearly not just a clubhouse leader but someone people look to late in games. He drew the game-winning free throws against Maryland and hit the go-ahead layup in overtime against Minnesota. Given that Abdur-Rahkman isn’t Michigan’s highest usage player, seniority seems to be making a difference in those moments.

“I think I try to talk to them more and ask for advice on some things,” Beilein said. “From everything from travel to what plays we should be running… We know at this time last year we became a player-led team. I’m trying to get them to embrace that down the stretch, cause it’s the only way we can really be successful these last few weeks.”