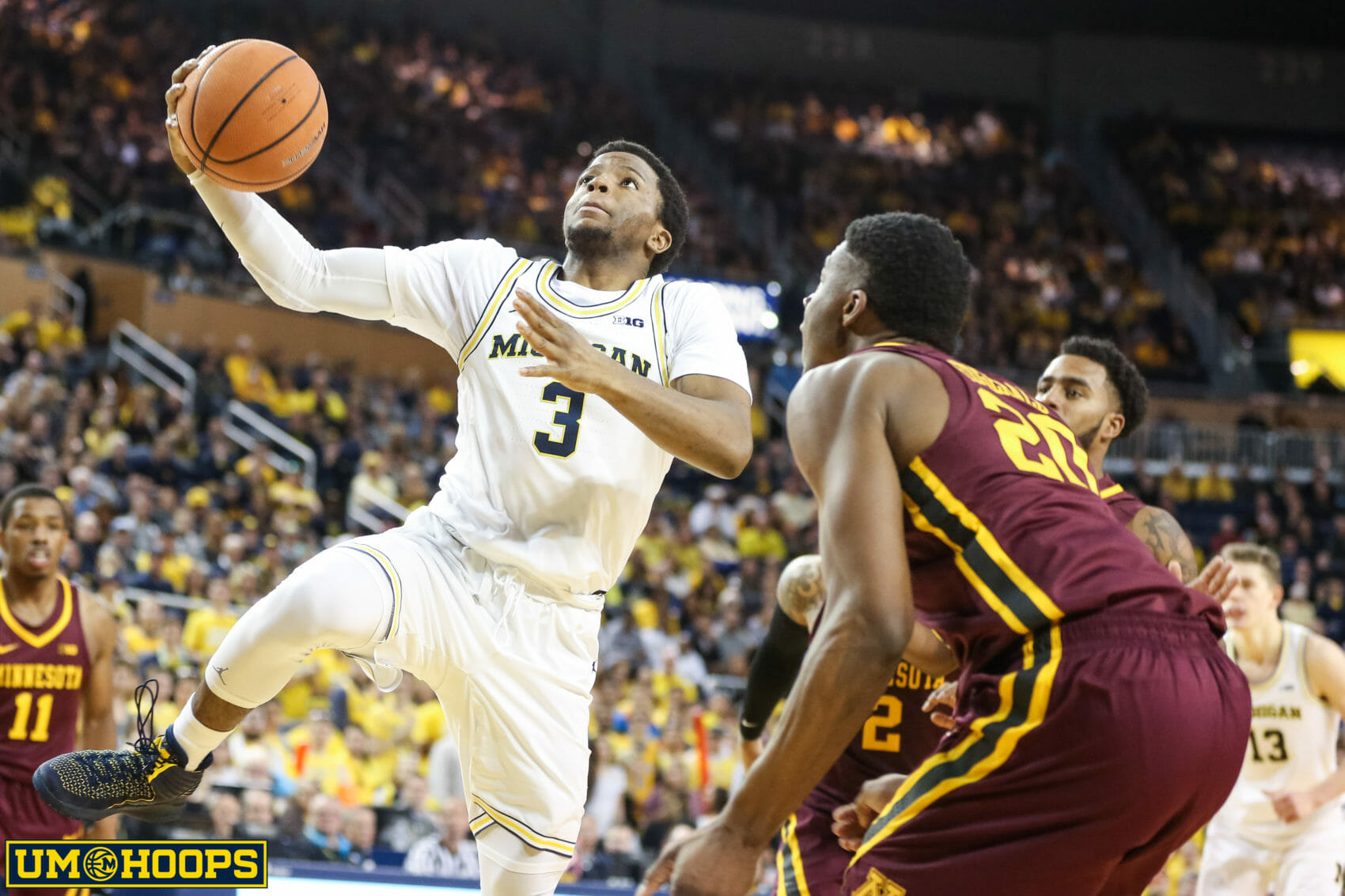 Michigan is projected as a No. 8 or No. 9 seed in most bracket projections.

Normally, a game at the Kohl Center would be an opportunity for a résumé-boosting win. But Wisconsin isn’t good this year, so No. 22 Michigan’s 83-72 win over the Badgers on Sunday afternoon was merely a Quadrant 3 win. But while the win won’t earn the Wolverines many points in the eyes of the selection committee, it wasn’t a loss, which would’ve boded poorly for Michigan’s projected seeding.

Right now, the Wolverines appear to be pretty firmly entrenched around the 8 or 9 seed lines in most projections. Every projection on the Bracket Matrix has Michigan in the field, but they are in a spot where they’d have to play a No. 1 seed on Saturday or Sunday.

Now, Michigan will head back to Ann Arbor for a two-game homestand against Iowa and Ohio State, before finishing out the regular season at Penn State and Maryland. It is a stretch of games that could feature as many as three Quadrant 1 games — Maryland and Penn State project right on the edge of that top-75 cut off — and provide some key opportunities to bolster the resume.

Bracket Debate: Where should Michigan State be seeded?

There were plenty of Spartan fans who complained about their team’s position in the selection committee’s top-16 that was released Sunday; Michigan State, which rose to No. 2 in the AP Poll on Monday, is No. 11.

In reality, the latter ranking may be the more accurate one; as pointed out by Jerry Palm, the Spartans have played the fewest Quadrant 1 games of any top 16 team, the fewest games against Quadrant 1 and Quadrant 2 teams combined — and they have just two wins over teams currently predicted to make the tournament in North Carolina and Purdue. The Spartans also don’t play any additional Quadrant 1 games over the final two weeks of the season.

Michigan State will end up with a lot of wins, but winning the Big Ten Tournament, and beating teams like Purdue and Ohio State on a neutral floor, might be paramount to moving up the S-curve down the stretch.