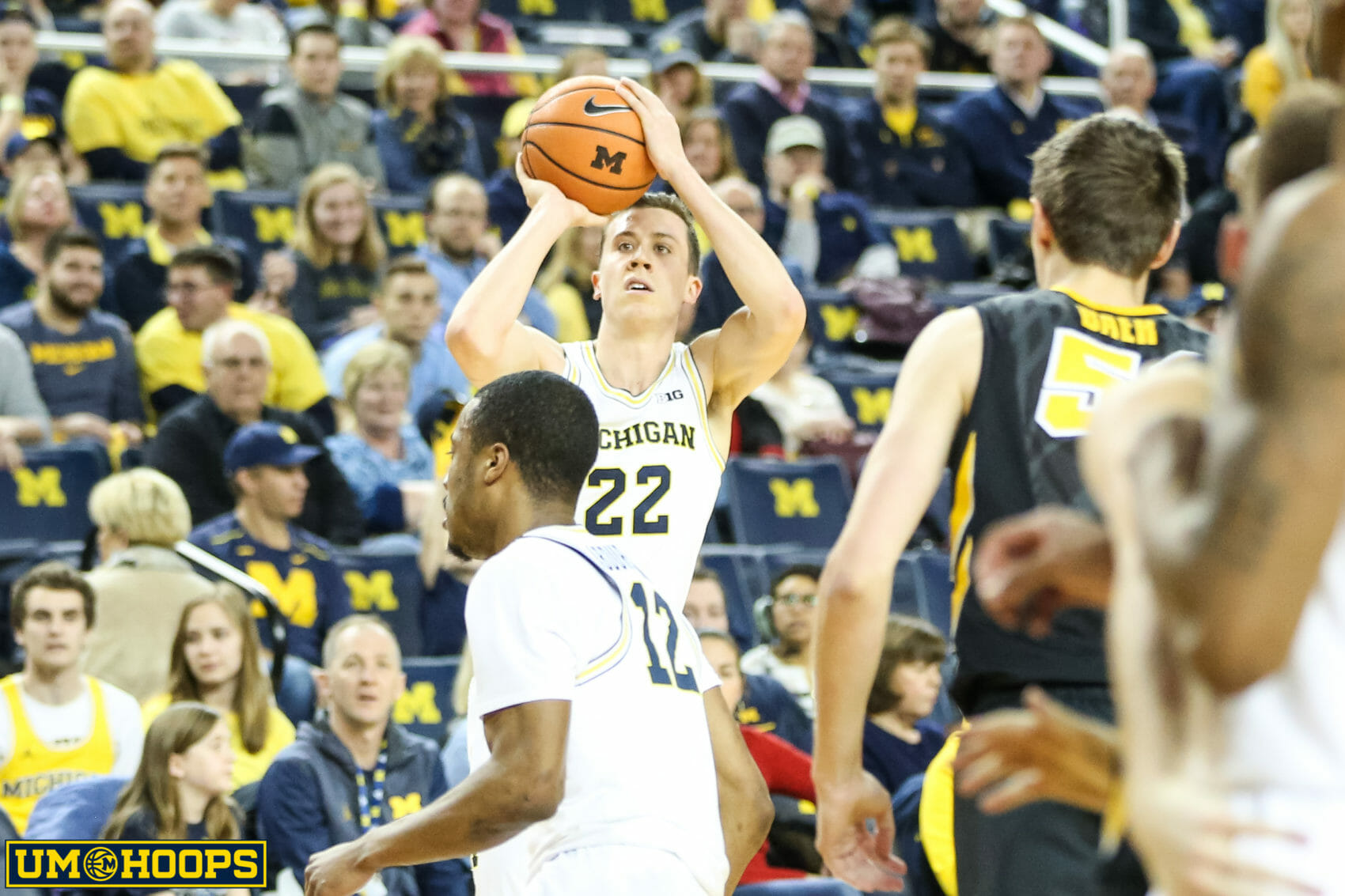 Michigan took care of business at home on Wednesday night with a 74-59 win over Iowa.

Michigan took care of business at home on Wednesday night with a 74-59 win over Iowa.

Isaiah Livers returned to the starting lineup after missing a game with an ankle injury, but it was his backup who stole the show. Duncan Robinson made a season-high six 3-pointers in the victory and shot Iowa out of its matchup zone.

Robinson’s fellow senior, Muhammad-Ali Abdur-Rahkman, was just as efficient. The 6-foot-3 guard finished with 18 points on 7-of-13 shooting and handed out 7 assists in a comprehensive 37 minute performance.

It wasn’t the best that Michigan has played this year, but it was far from the worst and it was more than enough to breeze through a potential trap game against a struggling Iowa squad. 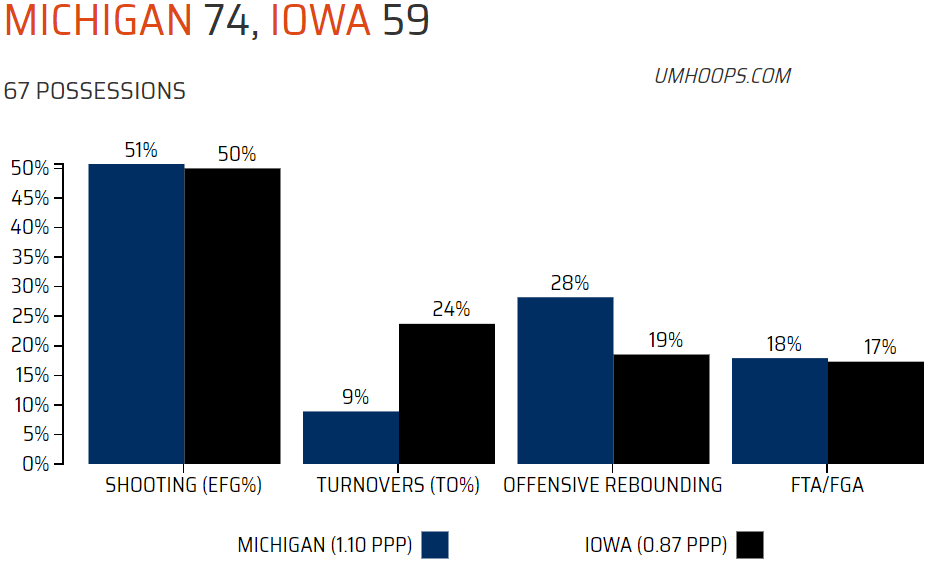 Michigan’s offense scored 1.10 points per possession in the win. That’s slightly above the Wolverines’ average output in conference play, but it was also Iowa’s best defensive performance in the last six games. The offense got the job done, but this wasn’t a great offensive showing against the worst defense in the conference.

The shooting performance — 47 percent on twos 36 percent on threes for a 51 eFG% — was just average, but Michigan only turned the ball over 6 times in a 67 possession game and 3 of those 6 came on the first three possessions of the game. In a run-and-gun game, the Wolverines gave themselves the biggest advantage just by getting a shot attempt on more trips down the floor. Michigan and Iowa had similar shooting performances, but Michigan had 6 turnovers to Iowa’s 16 and 11 offensive rebounds to Iowa’s 5.

Iowa came into this game with an effective offense, but played a sloppy turnover-prone game in Ann Arbor. The Hawkeyes turned the ball over once every three times down the floor in the first half and couldn’t generate much on offense other than mid-range jumpers for Luka Garza. Garza got his numbers — 22 points on 10-of-16 shooting — but Michigan did a good job of limiting Tyler Cook’s production until the game was decided.

The key to Michigan’s defensive performance, as it has been all season, was cleaning up the glass. The Wolverines rebounded 81% of Iowa’s misses, shutting down the best offensive rebounding team in the Big Ten. The Wolverines won the battle of second chance points by a final count of 13-4.

This game was also a great example of the 3-point gap that Michigan’s approach on both sides of the ball can create. The Wolverines attempted 33 3-pointers, making 12 of them, while Iowa was just 2-of-10 from beyond the arc.

Michigan avoided the red blotch on its NCAA Tournament resume and now is in a position to go hunting. The Wolverines host Ohio State on Sunday before a pair of difficult road games at Penn State and Maryland. All three games should provide an opportunity for the Wolverines to bolster their resume with quadrant 1 or quadrant 2 victories. 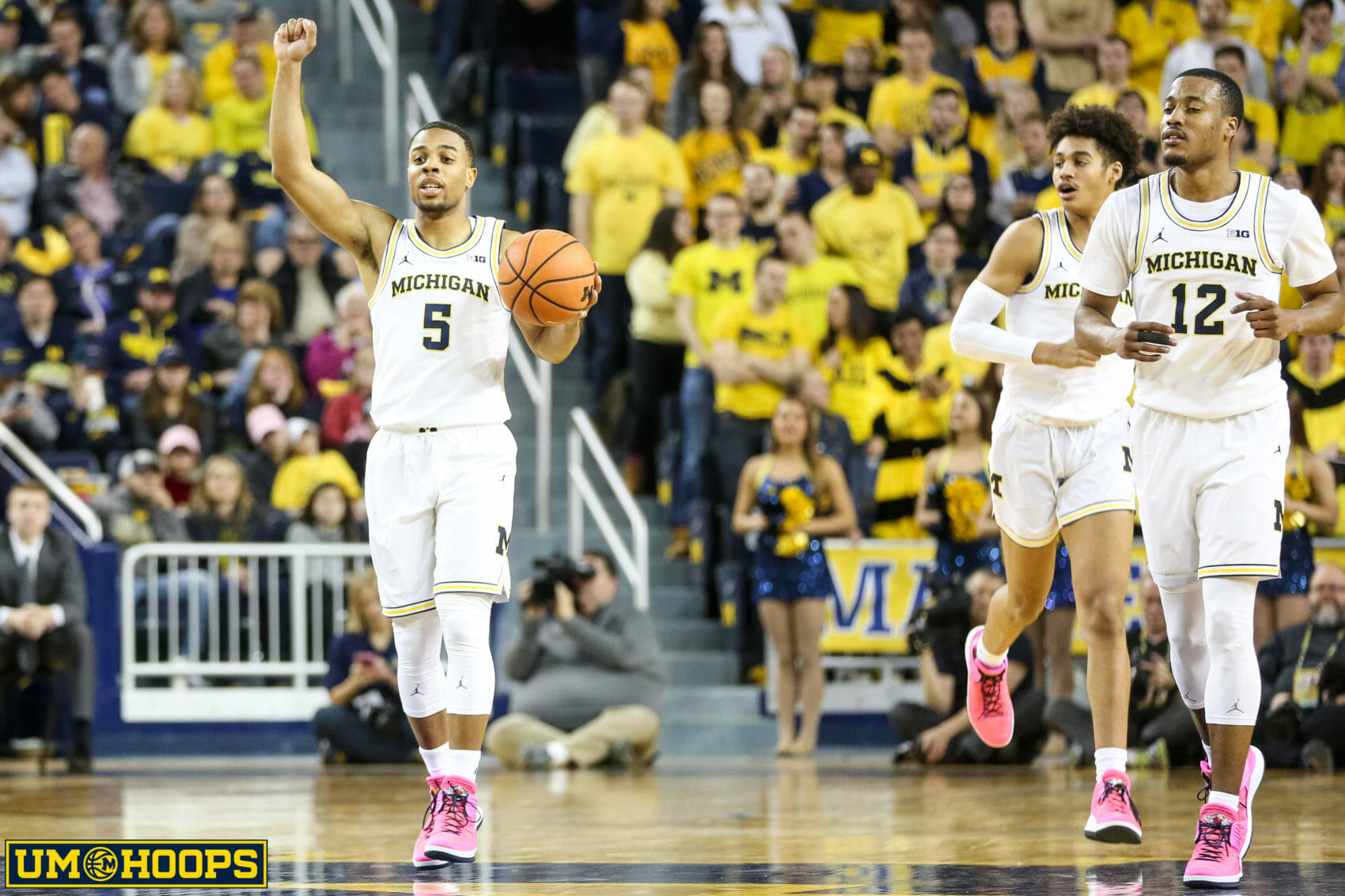 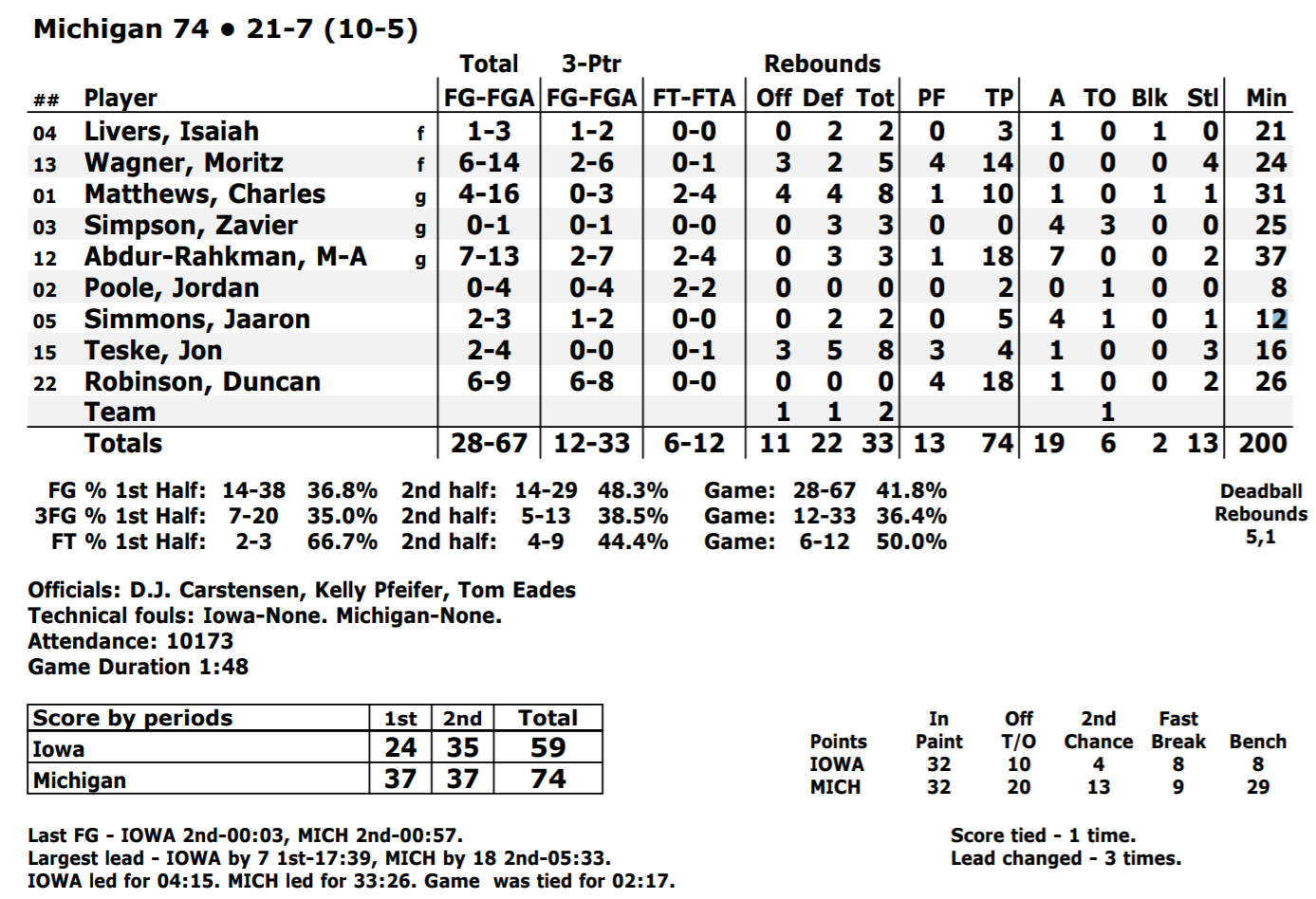