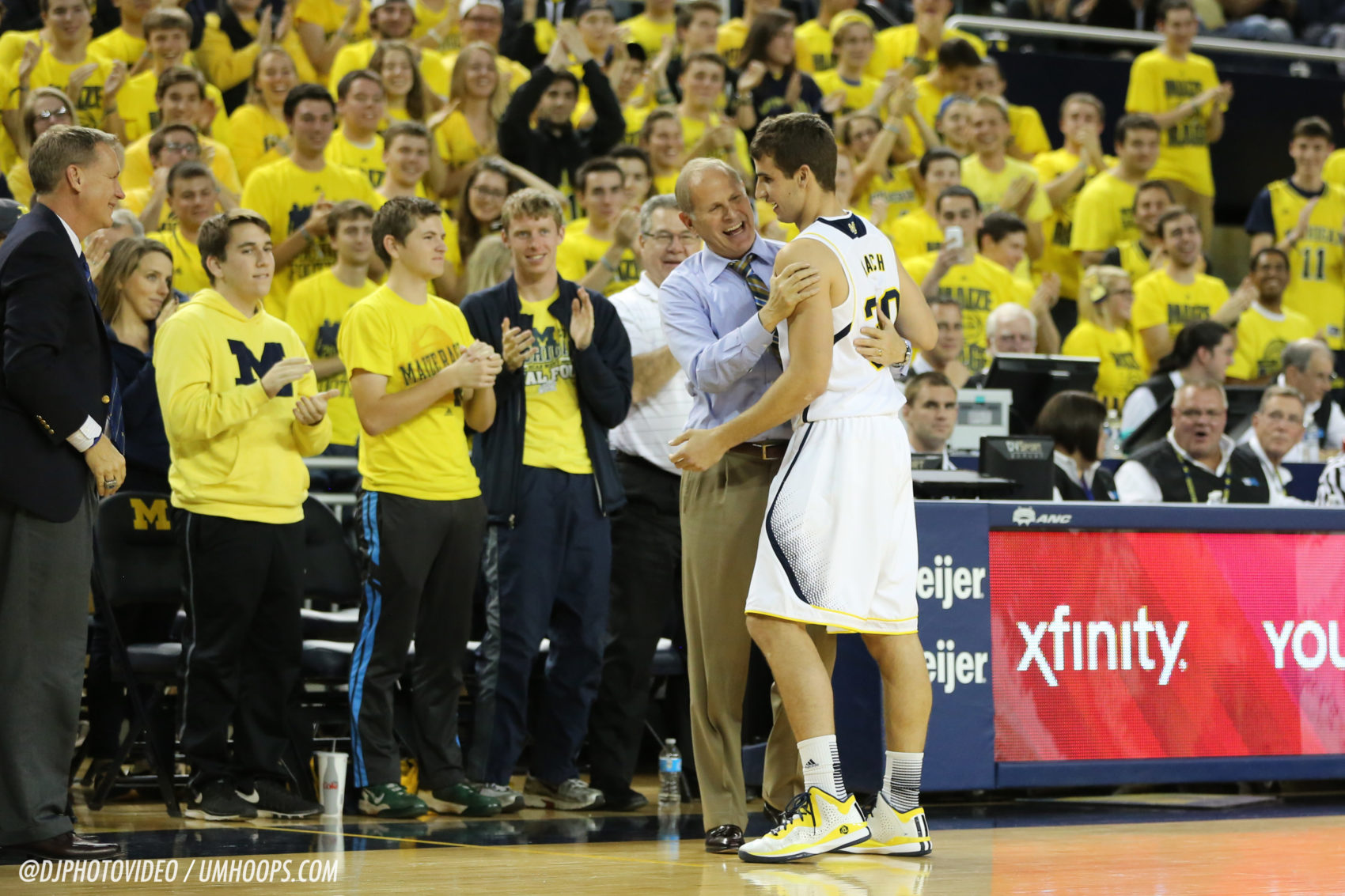 Hatch will be honored on Senior Day at Sunday’s game against No. 8 Ohio State. He’ll leave Ann Arbor with a drastically different career than the one he may have envisioned while accepting a scholarship offer from Beilein in the summer of 2011. Yet it’s a good bet that Hatch will be the one receiving the loudest and most enthusiastic cheers when his name is called Sunday.

“It’s an incredible story,” Beilein told reporters Friday afternoon. “I will tell you that we recommended him for the Wilma Rudolph Award, which honors those who have survived through adversity. We’re thinking he’d be a prime candidate, I’m sure there are others as well.”

Seven years ago, Hatch was a highly-touted basketball player from Indiana. In the summer of 2011, Beilein offered him a scholarship, and Hatch quickly accepted. Shortly after, he was the sole survivor of a plane crash that killed both his father and stepmother.

It seemed more tragedy than one could bear at such a young age. Just eight years before, Hatch had survived a plane crash that took the lives of his mother, sister and brother.

Beilein and Michigan rallied around him in the beginning stages of his long and arduous recovery. Hatch was determined to play basketball again, this time under Beilein, whose scholarship offer was still there.

“It’s really incredible to me, how he’s treated me,” Hatch said. “I think it really says a lot about the man he is given the fact that he offered me a scholarship on June 15th, with the expectation that I’d be able to help him on the court.

“But then obviously the accident happened. … He still stayed true to his commitment, so I think that says a lot about the kind of man he is. I think I’ve tried to learn from the way he’s treated me.”

Three years later, Hatch stepped onto the court at Crisler Center against Wayne State. With 12 seconds left, he sank a free throw for his first career point.

“It’s been a great four years, gone by fast,” Hatch said Friday afternoon. “I’m really excited and I’ve been thinking about this day for a long time. I never thought it’d actually come.”

But it has, and of course with it, all the retrospection that would be anticipated.

Like most seniors at the university, Hatch is figuring out the rest of his life. It appears he’s got a pretty good handle on things, though. He’ll graduate this spring with what Beilein says is a “really good” GPA. He’s got a job offer in hand from Domino’s, where Hatch says he’s currently interning. He’ll begin working full-time in the franchise development department, working on real estate acquisition, on July 9.

A month before that, he’ll get married to his college sweetheart, former Michigan volleyball player Abby Cole, on June 16.

First, though, he’ll finish up his career at Michigan. Hatch, who took a medical scholarship after the 2014-15 season, will graduate with one career point and many, many more memories.

“Obviously, it’s been one heck of a journey,” Hatch said. “With the events that have happened in my life, and I feel very blessed to be in this position right now.

“… Michigan’s been an amazing experience. I don’t have any regrets. Don’t have anything that I wish would’ve happened or that I wish I would’ve done. Feel like it’s been a successful four years, excited for what’s next.”