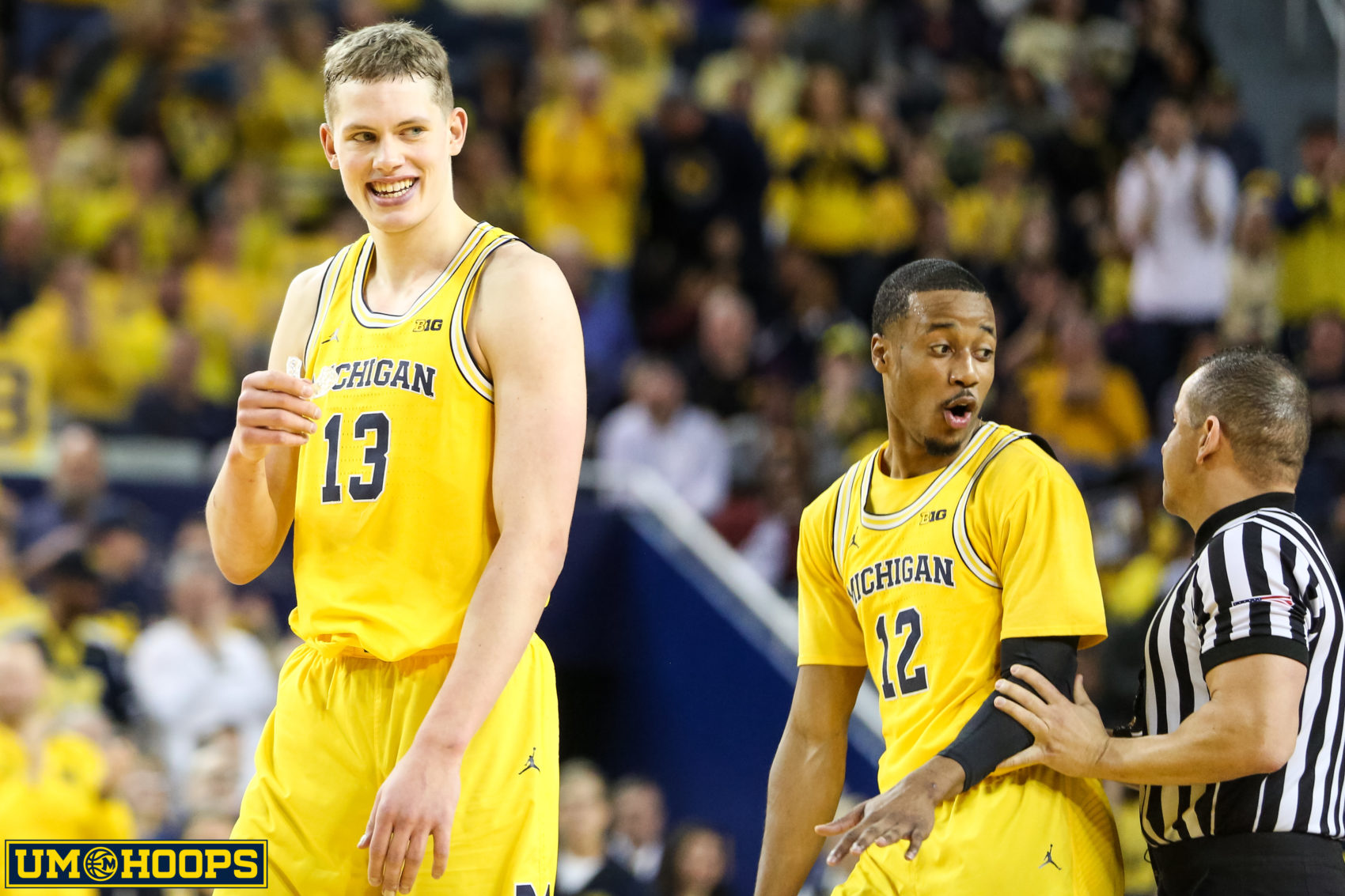 Michigan knocked off Ohio State thanks to late-game execution and the ability to force turnovers.

Michigan knocked off Ohio State on Sunday to wrap up its home schedule heading into the final week of the regular season.

There was energy in the building from the opening tip, but the early moments of Sunday’s nationally televised showdown were a grind. Both teams were playing physically and the officials were letting them have at it. Points were at a premium and it took over 10 minutes for either team to crack 20 points.

Michigan’s offense needed something to provide a spark and bring the game alive and Jordan Poole provided it. Poole knocked in three first half 3-pointers en route to 12 points in the opening frame.

Poole helped Michigan take the lead, but Ohio State never went away. The Wolverines consistently extended the lead to three possessions only to let the Buckeyes crawl back. Jae’Sean Tate cut the deficit to just 3 points with under 8 minutes to play before the Wolverines answered once and for all, putting the game away with a 10-1 run. 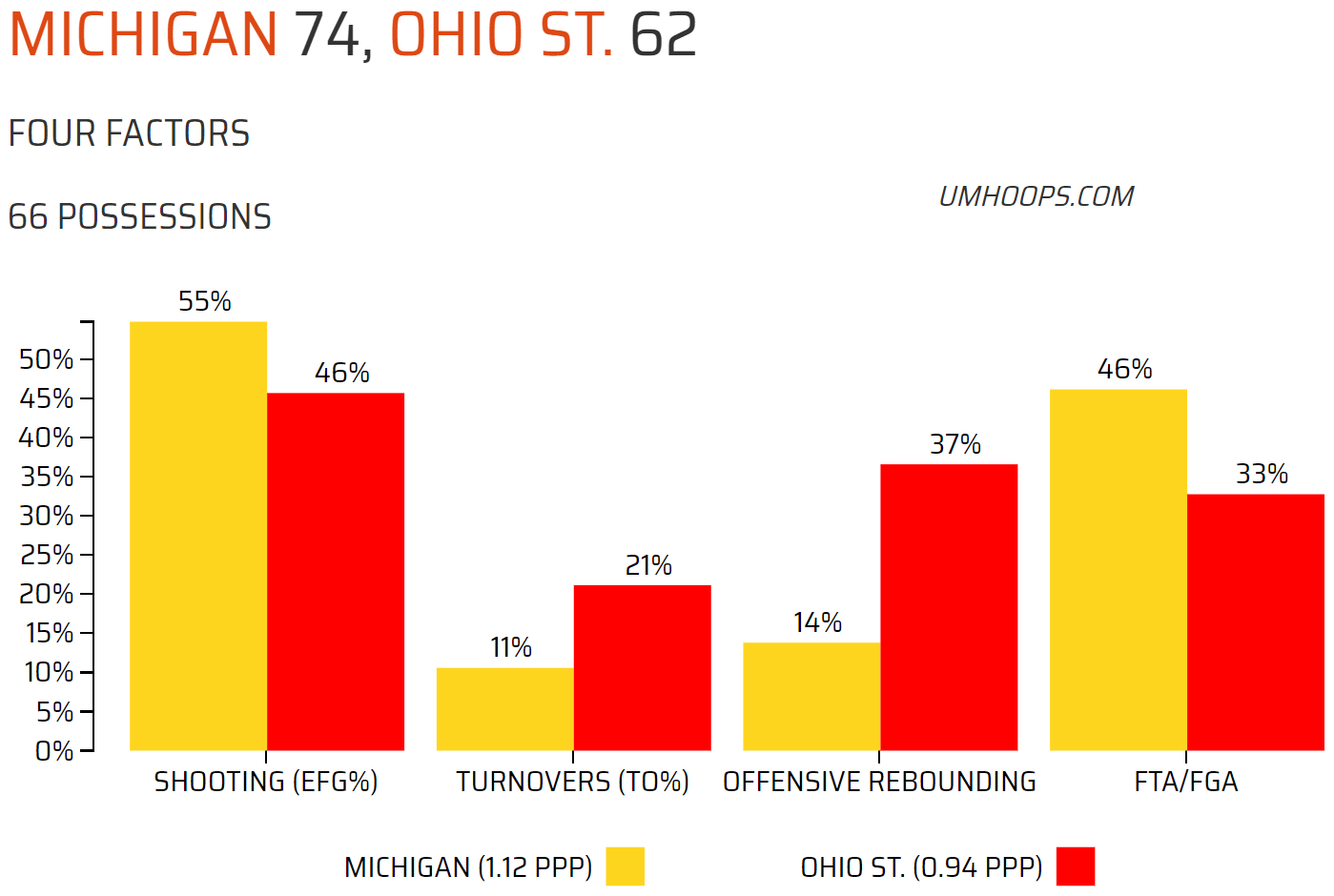 Michigan was always going to have a shot profile advantage in this game — attempting more threes and allowing fewer than Ohio State — and that played out according to script. The Wolverines shot 56% inside the arc and 35% from outside and also got to the free throw line 24 times, making 17 attempts — a step in the right direction.

Michigan played its worst defensive rebounding game since November, but its pre-shot defensive performance was one of the best of the season. Ohio State made just 19-of-47 2-point attempts (40%) in the loss. The Buckeyes have made it this far by excelling at making tough twos, but Michigan forced them into those shots and forced them to miss. This was the worst 2-point shooting performance by the Buckeyes since they were in Portland over Thanksgiving for the PK80.

Buckeye head coach Chris Holtmann attributed his team’s shooting struggles to the fact that the Wolverines extended pressure and dared his guards to beat them. The strategy worked and the Buckeyes struggled to handle the ball pressure. Michigan forced 14 turnovers in a 66 possession game and turned those into 22 points — outscoring the Buckeyes 12-0 in fast break points.

The game might have been a blow out if it wasn’t for Ohio State’s offensive rebounding. The Buckeyes rebounded 37% of their missed shots and turned 15 offensive boards into 13 second chance points.

Buckeye junior Keita Bates-Diop scored 17 points in the loss, but he needed 17 shot attempts and four turnovers to get to that number. Michigan used a number of different looks to slow Bates-Diop from double-teams to outright denial on the perimeter, but much of that success came down to Isaiah Livers and Duncan Robinson playing physically enough to make things difficult on Bates-Diop.

Michigan closes the season with a pair of road games this week at Penn State and Maryland. The Nittany Lions are playing some of the better basketball in the conference and both games are important chances for Michigan to grab a resume-boosting quadrant one victory. 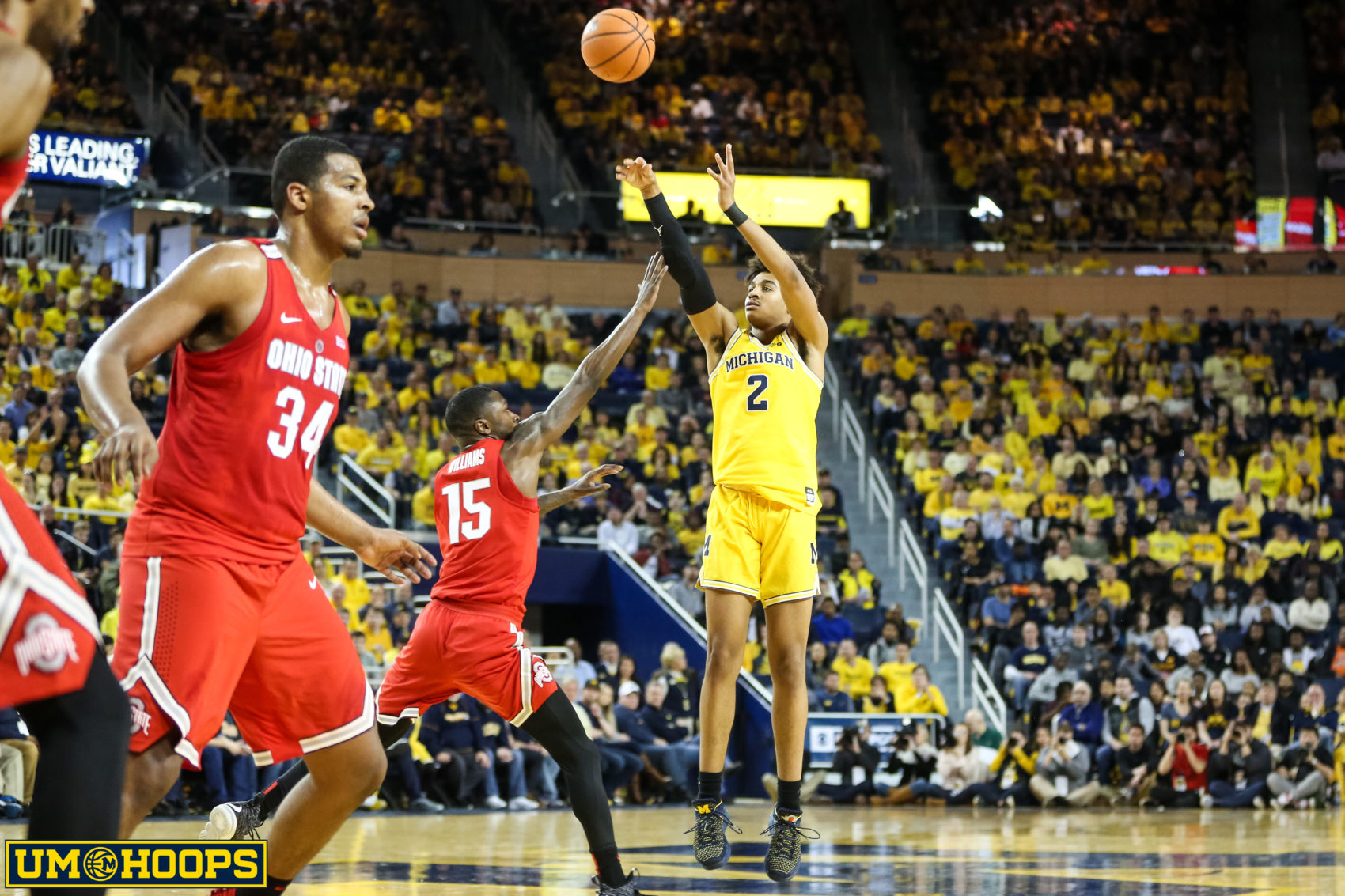 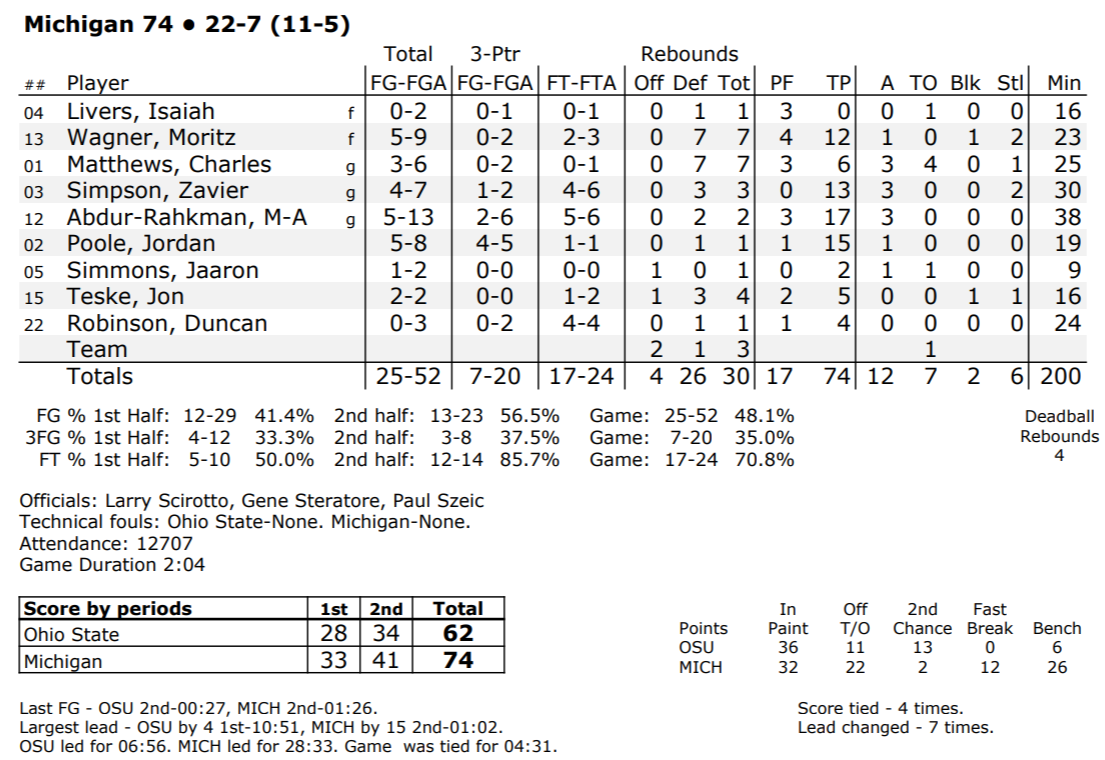