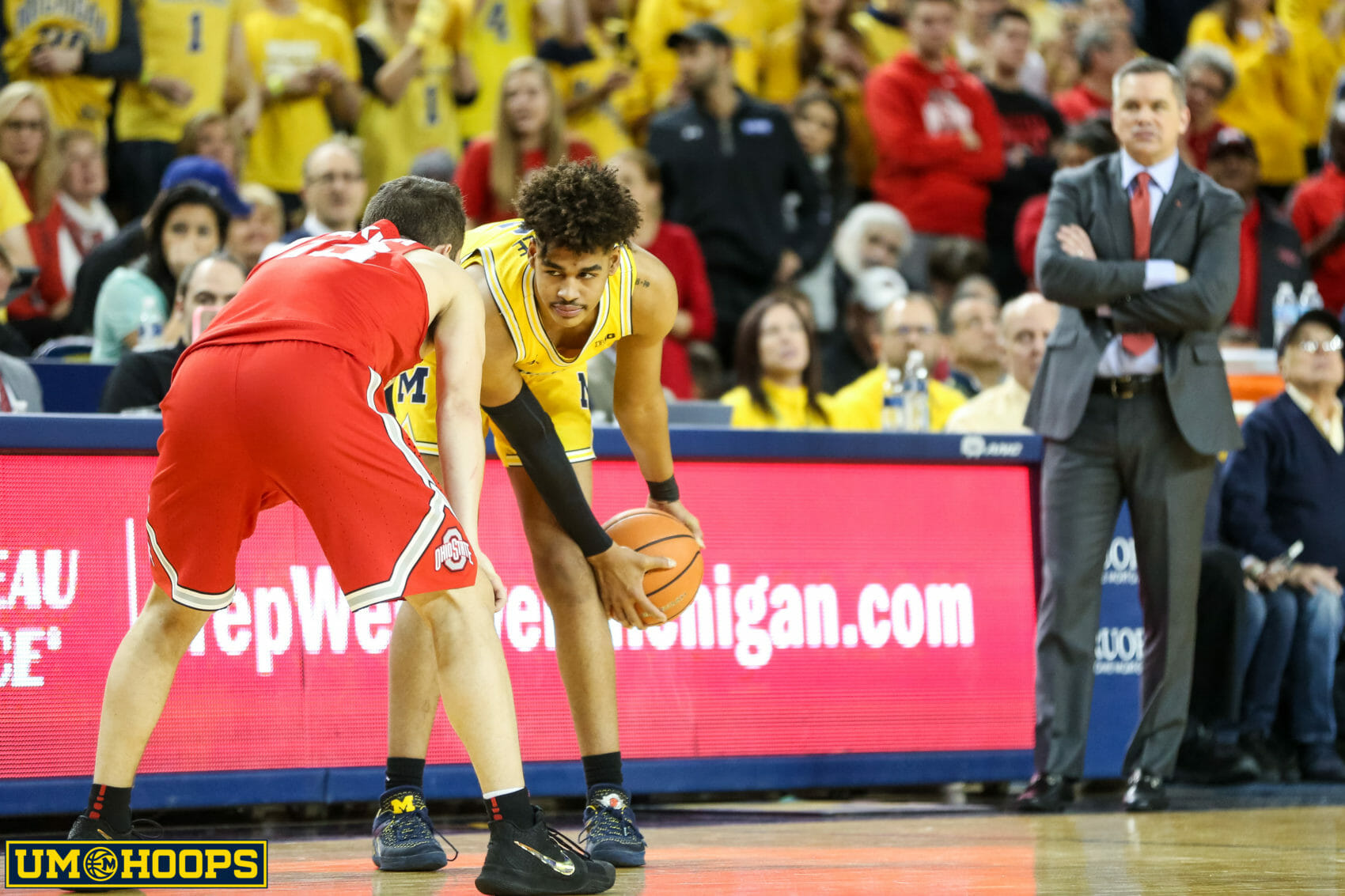 Michigan is rising up the S-curve after a 2-0 week with a statement victory.

That was a big week for Michigan, to say the least.

The Wolverines beat Iowa handily at home. Then they captured their third Quadrant 1 win of the season with a with a 74-62 home victory over Ohio State.

The Wolverines made several big moves across projected brackets, as well. Michigan is comfortably in the NCAA Tournament and the only remaining question is how high they can climb up the S-Curve.

The Wolverines are the final 6-seed in the most recent aggregate update at the BracketMatrix, but some projections (including ESPN’s Joe Lunardi) have them as high as a 5-seed. Michigan also has plenty of opportunities remaining to improve its resume.

The Wolverines are in a weird spot. They’re a pretty safe bet to make the tournament right now after their past two wins. Yet there’s a ton of variation in Michigan’s projected seeding — some have it as high as a five or six seed, while others have it around the eight or nine range.

Many fans would probably love to have the draw Joe Lunardi released today, with Michigan heading to Boise as a five seed in the same pod as fourth-seeded Tennessee. The projected regional also includes Xavier, Purdue and Clemson as the 1, 2 and 3 seeds, respectively.

That type of seed might be attainable, especially considering the Wolverines still have a pair of juicy games left, both of which could qualify as Quadrant 1 games, depending on where Penn State and Maryland fall in the final RPI. Where do you think Michigan might find itself if it can snag road wins against both the Nittany Lions and Maryland?