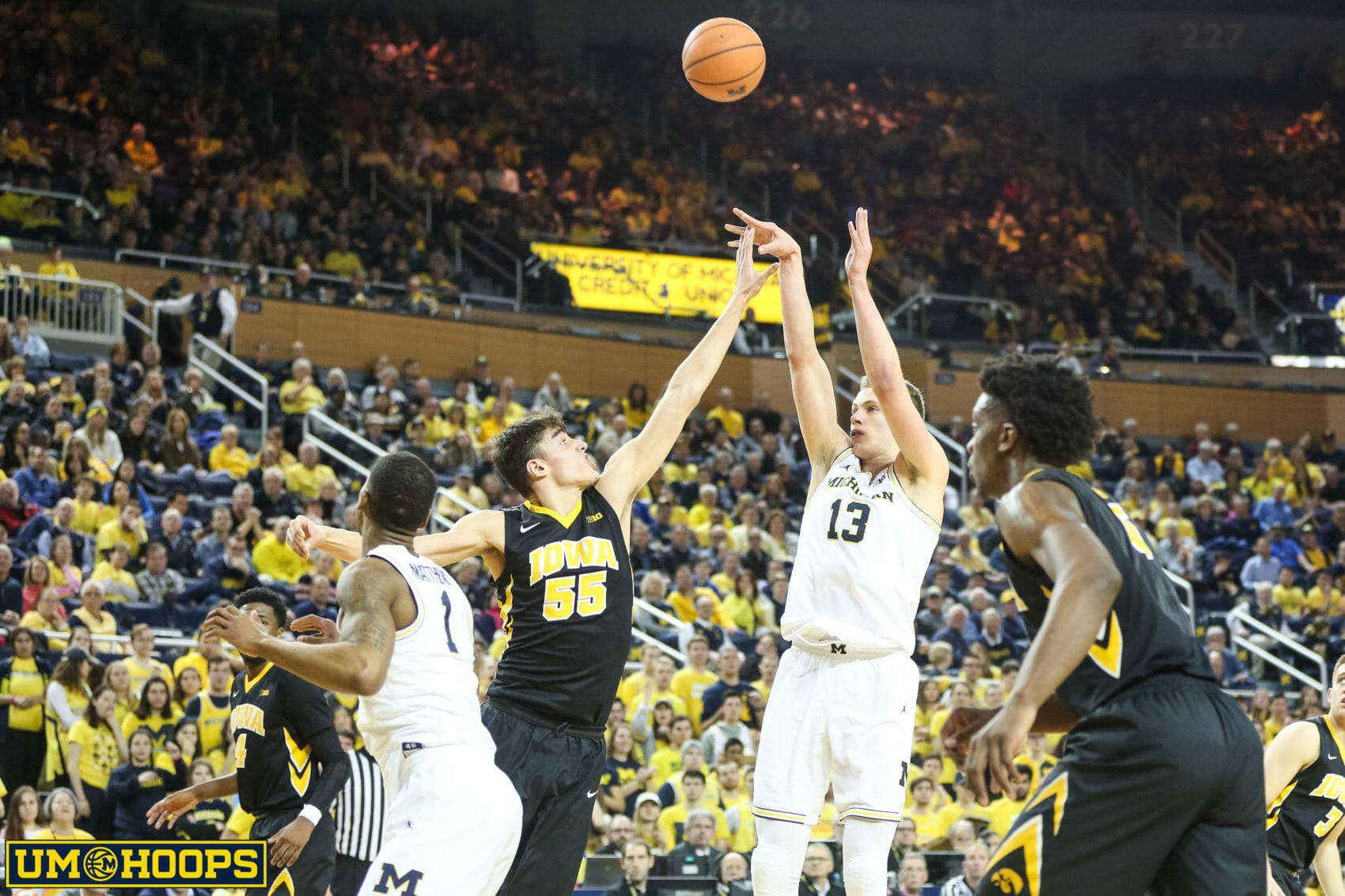 That’s one piece of advice that Moritz Wagner said he’ll give his teammates as No. 17 Michigan continues barreling into March.

The junior forward experienced the highs and lows of the NCAA Tournament last year. He had a breakout performance against Louisville — and then not so much against Oregon, a game in which he has spoken wistfully about.

Wagner says he’ll tell the team about how “awesome” what he considers the best part of the year is.

“It’s all this extra bling-bling, the bright lights,” Wagner said. “That’s what you live for as a basketball player. It’s a lot of, lot of fun. That’s the excitement. They will experience it themselves. It’s incomparable.”

He’ll also make sure to tell his teammates to remain composed amidst all the hoopla — a lesson that he believes he learned last year.

“Because the whole lights, all the excitement, all the media, all that stuff, if you’re young and not as experienced — I fell for that — you’re not focusing on the important things, you know?” Wagner said. “You’re kinda focusing on the Instagram followers more than how to guard the next opponent, and that’s something you can control and that we should control.

“That’s the only advice I would give them; other than that, it’s enjoy. Because that’s something you can have at most four times in your life, and there are a lot of people out there that can’t.”

Yet another bomb was dropped this morning when a report from Yahoo Sports cited hundreds of pages of documents in naming teams and players who possibly broke the NCAA’s amateurism rules.

The latest report was just another chapter in a season-long saga, one that John Beilein has previously commented on before.

When asked about the latest implications, Beilein didn’t change his tone.

“I can’t even begin to speak about other schools,” Beilein said. “All I know is we try to do everything within the spirit of the NCAA rules and just do your best. I’m not happy that this has all come about, but I told you before, if people are not doing the right thing, then they shouldn’t be allowed in this thing.”

While Beilein confirmed that he has read today’s news, his star forward said he made a conscious decision to stay away from it all.

“I told myself I have two options: either read it and put myself really into it and focus on it and be interested in it — which I didn’t choose — or just leave it alone, play basketball and leave all the drama by the side,” Wagner explained. “It’ll figure out itself. It’s a little unfortunate just because it is like a bad taste with the whole March Madness coming up, that’s my only opinion about it.”

Beilein not worried about Charles Matthews

In six games this month, the redshirt sophomore wing has averaged just 7.5 points per game while shooting just 35 percent from the field. He’s also averaged 2.3 turnovers per game over that same stretch.

Things appeared to have come to a head in Michigan’s last game against Penn State. Matthews struggled, scoring 0 points on 0-of-5 shooting and committing three turnovers, while also playing just 17 minutes as Jordan Pooles tarted the second half.

When asked about Matthews, though, Beilein wouldn’t even go as far as to classify him as struggling. He compared Matthews’ assist numbers — he just picked up his 80th of the season — to that of Muhammad-Ali Abdur-Rahkman, who tallied 27 assists in his first season.

“(Matthews) turns it over a little bit, at the same time, if you’re not trying to do things, you’re not going to turn it over,” Beilein said. “That man ends up with 100 assists this year and averages double figures in points, then he had a tremendous, tremendous year. And that’s what we focus on — his growth. We’re not worried about his struggles, it’s his growth.

“We’re seeing great growth in practice, does it always translate over into games? No. but it’s part of this process that he’s evolving in. … His attitude is so good. I have no concerns. If he had a bad attitude, I’d be concerned about his growth. He’s going to grow through this.”

Beilein also said that he doesn’t “see any reason” for a change to the starting lineup.