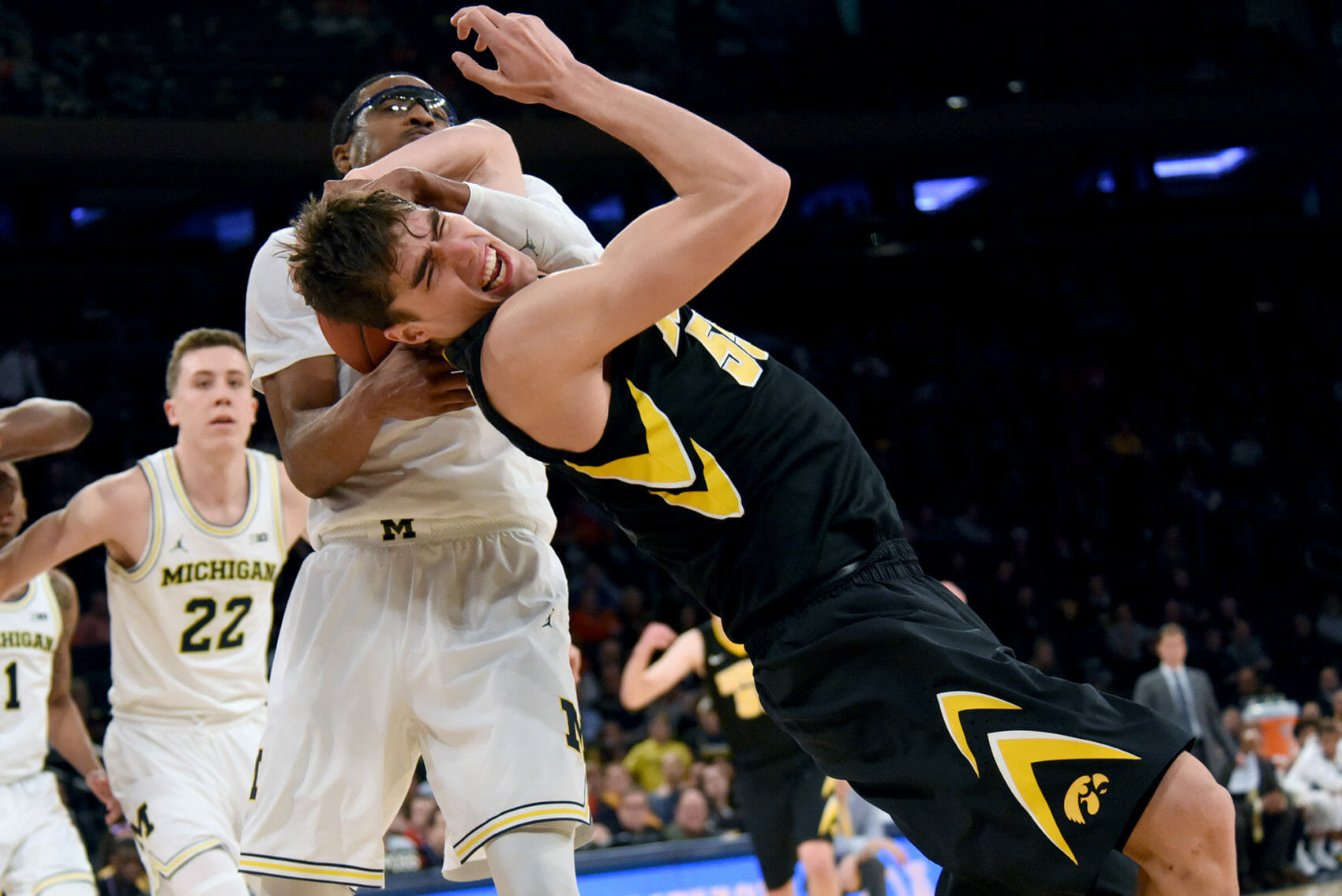 It took overtime, 46 foul calls, 14 missed free throws, a five-second violation and a lot of frustration, but eventually Michigan knocked off Iowa on Thursday afternoon.

It took overtime, 46 foul calls, 14 missed free throws, a five-second violation and a lot of frustration, but eventually Michigan knocked off Iowa on Thursday afternoon.

The Wolverines were the better team, but left the door wide open for Iowa to steal the game late thanks to woeful execution down the stretch. With Moritz Wagner and Muhammad-Ali Abdur-Rahkman fouling out, it fell on Duncan Robinson, Charles Matthews and Zavier Simpson to pull Michigan to victory. They did just enough.

Michigan deserves credit for figuring out how to wiggle its way out of a jam and earn an important victory, but this game was also a reminder that this team has plenty of potential flaws that can flare up at any given time. 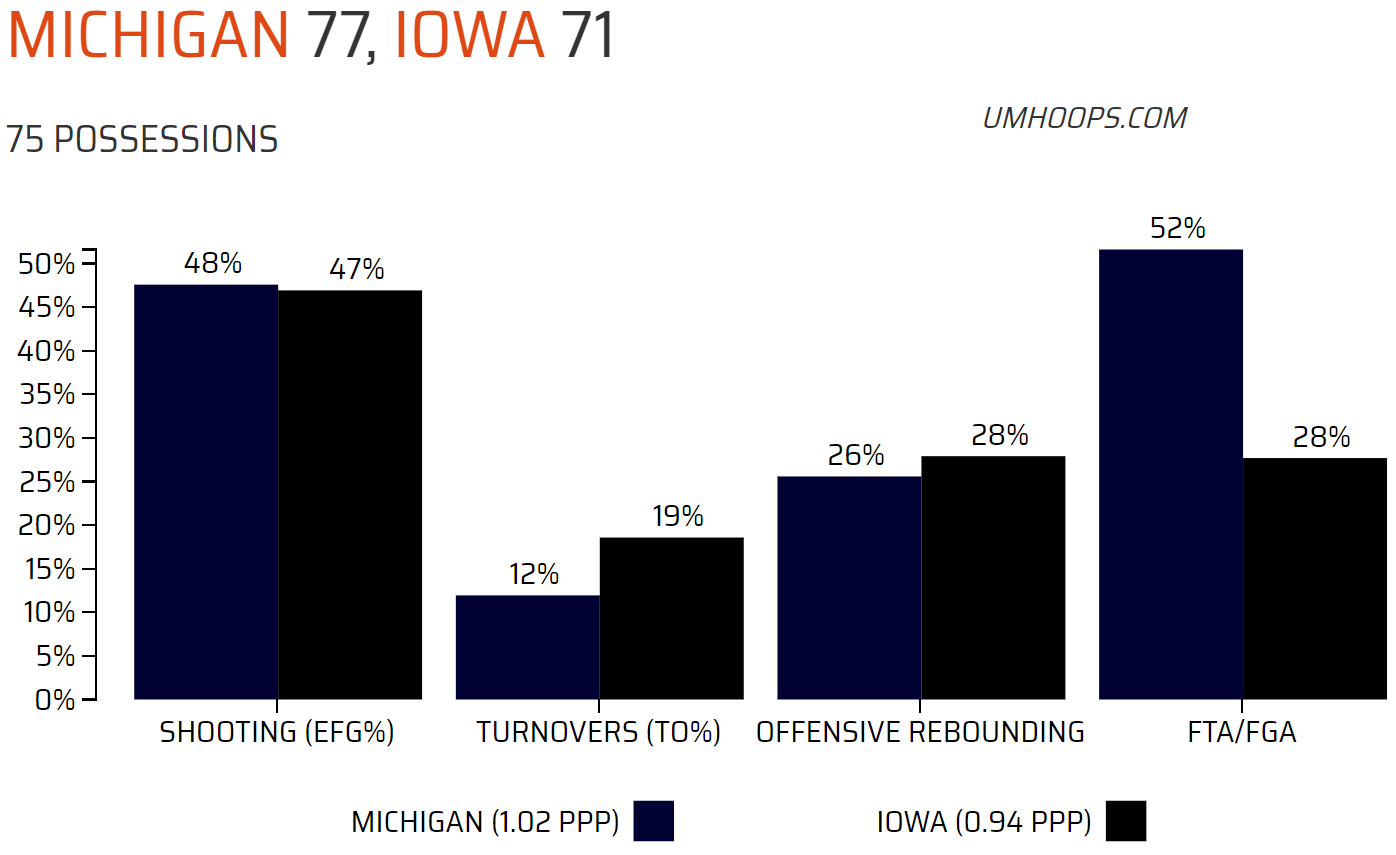 Michigan’s offense only scored 1.02 points per possession against Iowa despite making 58% of its 2-point attempts and attempting 32 free throws. The Wolverines just couldn’t make shots away from the basket. They were 3-of-19 on 3-point attempts and 18-of-32 on free throws in the win. Michigan attacked the basket as well as it has in any game this season, consistently driving all the way to the rim, but without that perimeter shooting the offense could never get in gear. Duncan Robinson was the only Wolverine to make a 3-pointer in the game.

Iowa has the worst defense in the Big Ten, but for whatever reason Michigan hasn’t quite been able to crack it completely open this year.

Defensively, Michigan really struggled in the first half but was much better in the second. Iowa was picking Michigan apart in its screen and roll and screen and pop game early, but Beilein and his staff made the necessary adjustments in the second. Iowa was effective on the offensive glass early on in the game, but Michigan settled in and improved in that department. The Hawkeyes did grab 12 offensive rebounds, but that was just a 28% offensive rebounding rate.

Jordan Bohannon did hit the 3-pointer to send the game to overtime, but Michigan — Zavier Simpson — largely kept him in check. Bohannon scored 11 points on 14 shot attempts and turned the ball over 3 times in the loss.

John Beilein is now 11-0 in the first round of the Big Ten Tournament, but next up is a rematch with Nebraska (2:30 p.m. BTN) on Friday afternoon. The Wolverines have the short turnaround after an overtime game, but the good news is that Moritz Wagner and Muhammad-Ali Abdur-Rahkman should be fairly rested after only playing around 20 minutes a piece. 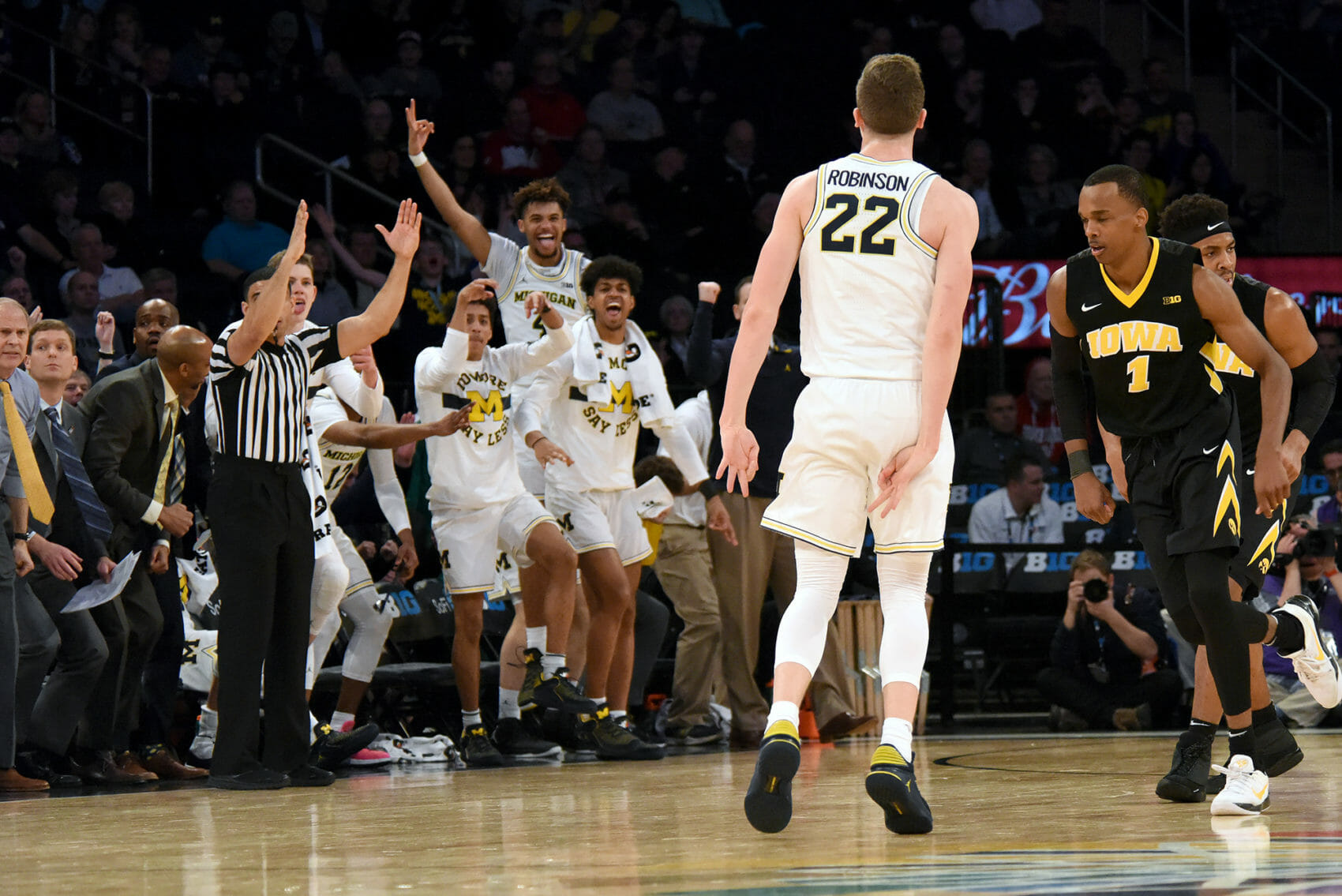 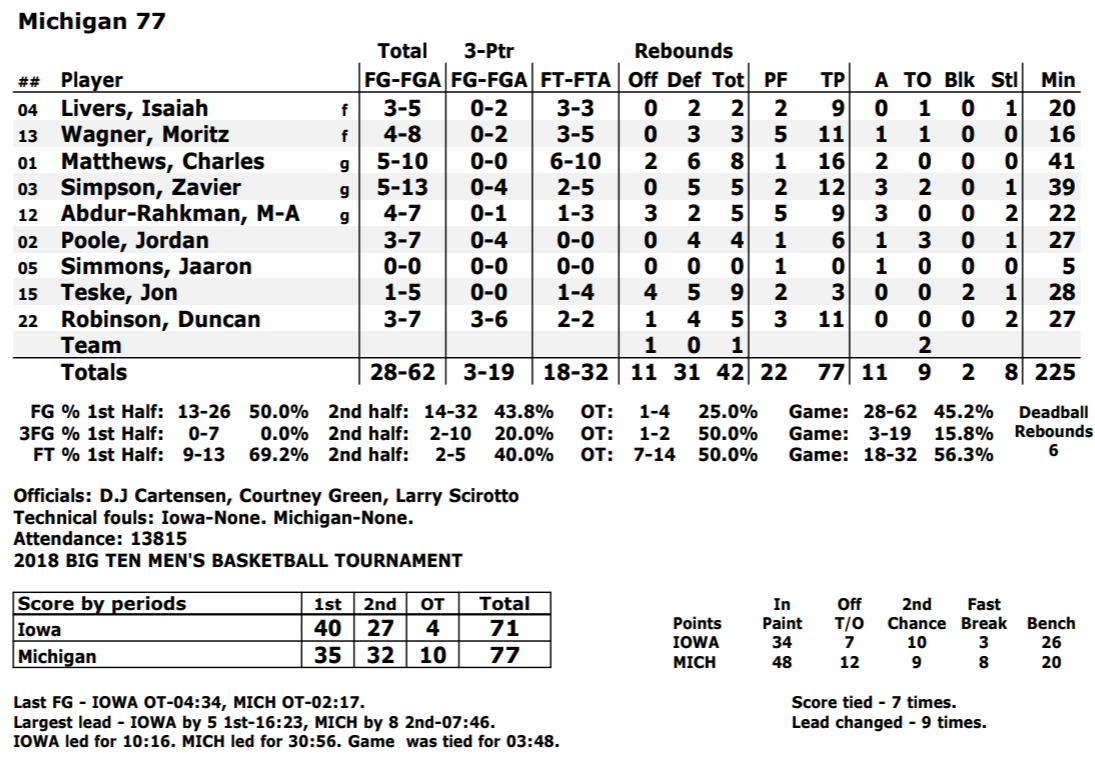