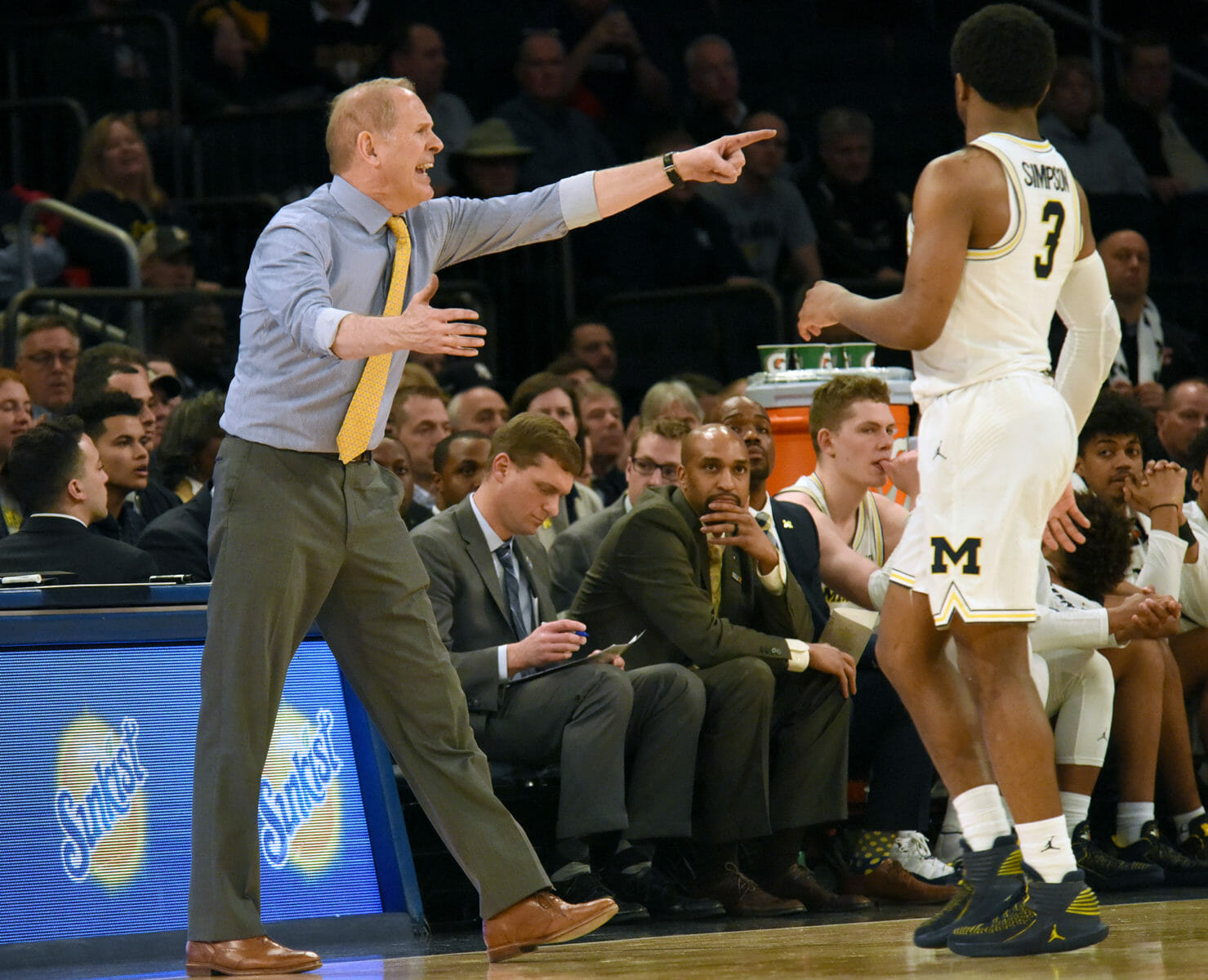 Michigan gets its rematch with Nebraska on Friday afternoon (2:30 p.m., BTN).

There are only two teams in the Big Ten that Michigan didn’t beat at least once this year: Purdue and Nebraska.

The Cornhuskers handed the Wolverines their worst loss of the season on January 18th at the Pinnacle Bank Arena. It was the last chance of the season for Nebraska to pick up a quality victory — yes, all the way back in January — and the Huskers  answered the challenge emphatically. Michigan trailed by double digits at half time and was never competitive in the second half.

Kansas was the only team to beat Nebraska in Lincoln this season, but Tim Miles’ team has been mortal outside of Pinnacle Bank Arena. The Cornhuskers are just 6-8 in games at road and neutral venues and those six victories are over: Wisconsin, Minnesota, Northwestern, Rutgers, Long Beach St. and Marist.

That’s why Nebraska needs a big weekend in New York City if it wants to make the NCAA Tournament and Michigan will be their first test (2:30 p.m., BTN).

Defense was Nebraska’s calling card this season as Big Ten teams managed to score just .99 points per possession against the Huskers — second best in the conference. Michigan only scored .88 points per possession in its loss at Nebraska, which was its worst offensive performance of the season.

Nebraska’s defense sets up particularly well to defend Michigan for two reasons. First, the Huskers do a great job of taking away the 3-point shot. Big Ten opponents only attempt 29.4% of their shot attempts from 3-point range against the Nebraska, the second lowest rate in the league. Nebraska also leans on a small lineup that features the 6-foot-8 switchable athletes that can give Michigan problems with their ability to guard Moritz Wagner or primary ball handlers.

The Huskers will sprinkle in some zone looks, notably the 1-3-1, and plays zone on just under 10% of their defensive possessions, per Synergy. The Huskers grade out in the 71st percentile in zone defense and 89th percentile in their man-to-man.

Nebraska’s offense checks in around average in Big Ten play at 1.05 points per possession, but it has been trending in the right direction. Nebraska has scored at least a point per possession in 8 straight games. Nebraska is only shooting 49% on twos (11th) and 34% on threes (11th) for a 49.4 eFG% (10th) in Big Ten games, but they get to the free throw line often. The Huskers are ranked 2nd in the league for a 39% free throw rate (FTA/FGA) and only turn the ball over on 16.3% of their offensive possessions.

Miami transfer James Palmer exceeded the expectations of anyone outside of Lincoln this season. He emerged as an All-Big Ten First Team player and is one of the league’s best wing creators. Palmer’s 3-point stroke is inconsistent — he shot 32% for the season and 29% in Big Ten games — but he’s an elite slasher who makes 55% of his 2-pointers and has the second-highest free throw rate in the conference.

Palmer got to the free throw line 11 times in the first meeting and it will be interesting to see how Michigan attempts to deal with him this time around. Charles Matthews is a natural fit, but the way that the Huskers play makes it hard to avoid switching given all the ball screen action.

Junior point guard Glynn Watson‘s efficiency has regressed this year, with an offensive rating under 100, and he’s struggled with his shot. Watson is shooting just 39% on 2-point attempts and 28% on 3-point attempts for a 39.9 eFG%, down from 48.4% a season ago. Watson is struggling to finish at the rim this season, 35% on shot attempts inside of five feet, but he’s a dynamic ball handler who can put pressure on opposing defenses with the ball screen.

Isaac Copeland is a versatile 6-foot-9 forward who anchors Nebraska’s small ball lineups. Copeland shoots 54% on twos and 37% on threes and can score at all three levels. He had a big game in the first meeting and has been playing well for the Huskers down the stretch.

Isaiah Roby is one of the more versatile defenders in the conference. He is ranked 4th in the league in block rate and is an active rebounder on both ends of the floor. His switchability was key in the first meeting between these two teams as he was very effective guarding Moritz Wagner or Michigan’s perimeter players. Roby is a low usage offensive player, but he shoots 63% on twos and 42% on threes.

6-foot-3 senior Anton Gill leads Nebraska in 3-point makes and connects at a 39% clip. 72% of Gill’s shot attempts are triples and he’s the one guy that you simply have to run off the line in the Cornhusker lineup.

Evan Taylor is a glue guy on the wing. Taylor shoots just 43% on twos, but has made 15-of-32 3-pointers on the year. He’s not a volume perimeter threat, but he can hit enough to keep defenses honest.

If Nebraska wants to go big, Jordy Tshimanga is an option in the post. He’s a big physical post player who can be a load on the glass but is fairly limited offensively.

KenPom likes Michigan by a final score of 68-64, giving the Wolverines a 65% chance at knocking off the Huskers and advancing to the semifinals. Nebraska will be playing for its NCAA Tournament hopes and should be locked in, but Michigan has the benefit of already playing a game at Madison Square Garden.