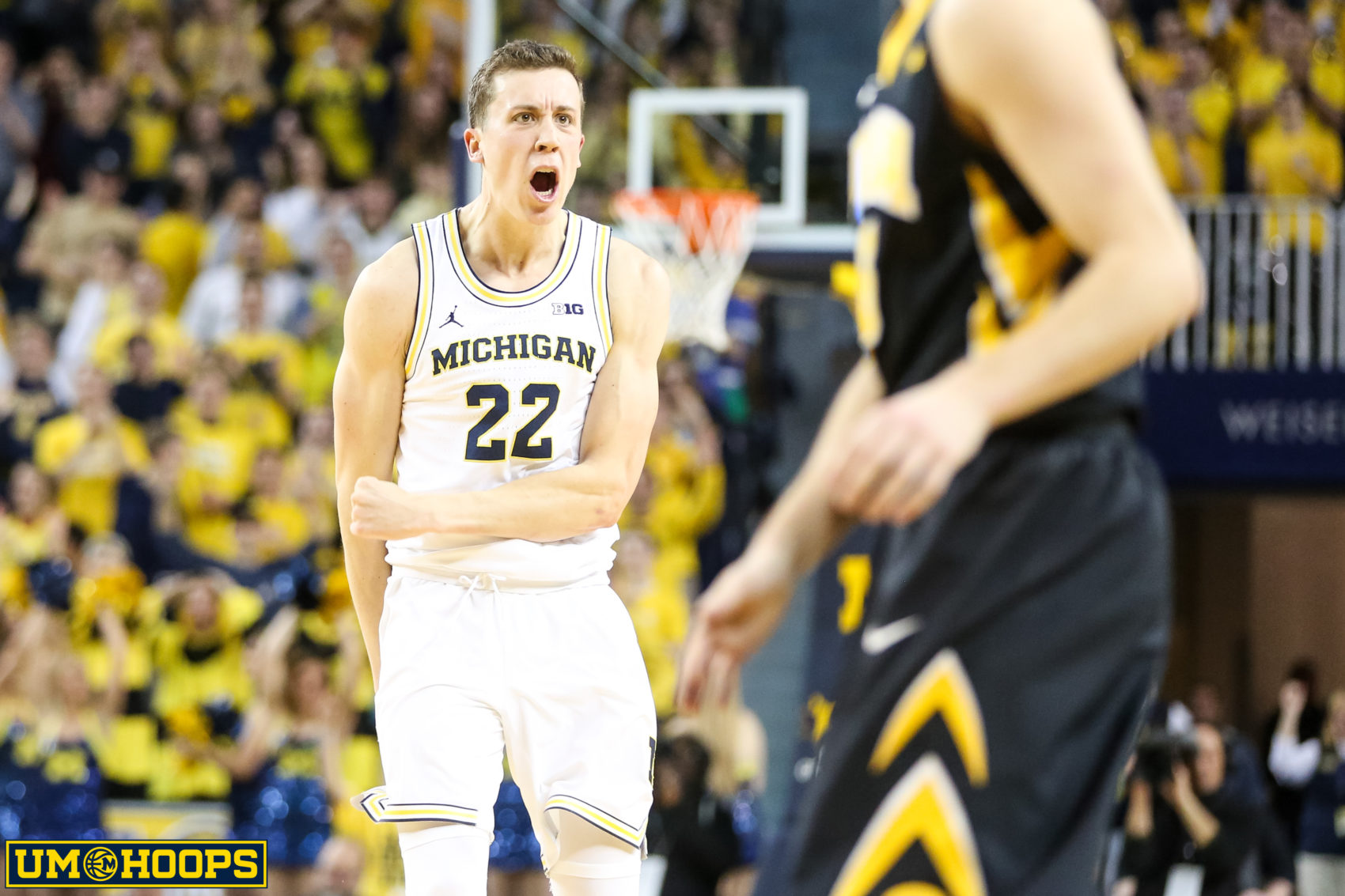 Michigan is set to face Iowa for the third time just two weeks after beating the Hawkeyes in Ann Arbor. Fran McCaffery broke out his big adjustment for the Wolverines in that game, going to a zone to start the game for what the announcers said was the first time in his 17-year career.

That was just over a week after Northwestern stifled Michigan’s offense in Rosemont with an extended 2-3 zone. A few days after that loss, John Beilein told reporters he didn’t expect to see another team try it because teaching a team that version of a 2-3 on short notice is simply too much. He was wrong about the first part, but Iowa (and Wisconsin before it), proved him right about the second.

According to Synergy, Michigan ranks in the 91st percentile in man-to-man offense this season compared to just the 46th percentile against zone looks.

The Wolverines scored a solid 1.1 points per possession, but it wasn’t much of a coincidence that Duncan Robinson got hot, shooting 6-of-8 from 3 by going over the zone. The Hawkeyes weren’t especially adept in the zone, but they are better in zone than man-to-man.

Iowa has played man-to-man defense on 62% of its defensive possessions this year, but grades out in just the 9th percentile according to Synergy. They are ranked in the 47th percentile nationally when playing zone defense.

So, the question remains: what does McCaffery do on Thursday?

Iowa’s zone defense wasn’t enough to pull off an upset t Crisler and if his team is more comfortable in man-to-man, that may be reason enough for McCaffery to go that route.

At the same time, the Hawkeyes don’t have anything to lose. Anything less than a miracle run means their season will end in New York and they at least have a game of the zone under their belt. Why not break it out again?

“Our zone was really effective at the beginning of the game (last time against Michigan) if I remember correctly,” said Iowa guard Jordan Bohannon on Wednesday. “We just have to play the full 40 minutes.”

Tyler Cook was a tad less enthusiastic when asked about the zone though.

“You have to ask the coach about that one,” he joked. “I don’t make the final call. Whatever we do, as long as we play hard and we play smart, we like our chances.”

In their Wednesday win over Illinois, Iowa played what amounted to a 50-50 split between zone and man defenses. The results were less than impressive. Despite losing, Illinois managed 1.19 points per possession.

Illini guard Kipper Nichols was the only Illinois player who consistently found good looks against the zone, but he scored 31 points on 10-of-18 shooting.

Michigan’s scoring will have a much more even distribution than the Fighting Illini’s, but Iowa’s performance only accentuates the question for McCaffery.

Predictably, the coach himself didn’t share much of his thinking.

“You can be a little better defensively whether we’re zone or man,” McCaffery said. “… (Michigan is) not an easy team to guard,” They share it. They spread you out. They have multiple 3-point shooters … but they also have multiple drivers. Incredibly unselfish team.”