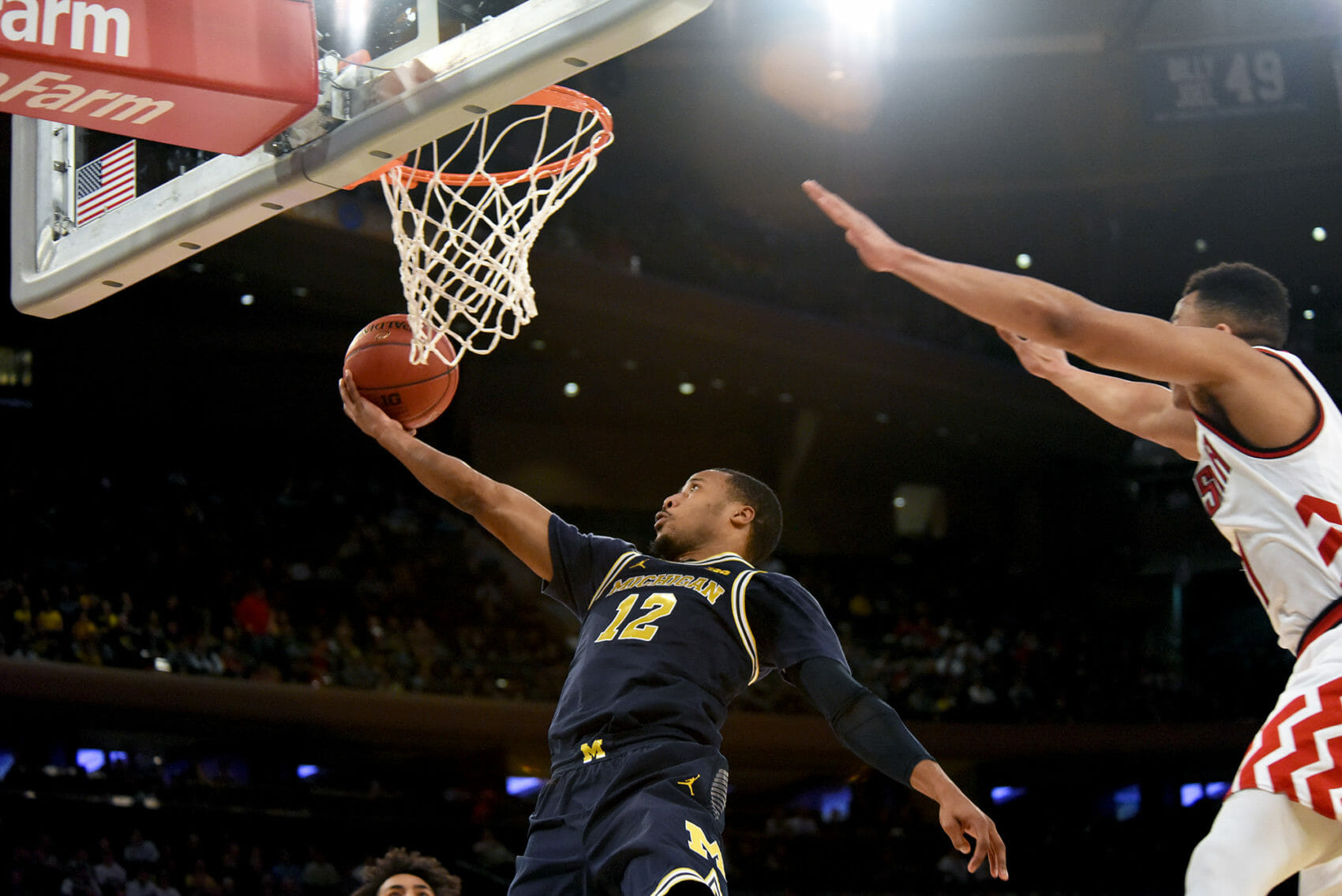 Michigan got its revenge against Nebraska to setup a rematch with Michigan State.

Nebraska took the floor at Madison Square Garden and looked like a team ready to play for its postseason future. The Huskers made 4 of their first 5 shots and had a 9-4 lead at the first media timeout.

The Wolverines went to their huddle, made adjustments and locked in. Nebraska made just 1 of its next 20 shot attempts from the floor and only made 12 more shots in the rest of the game. An early 9-5 deficit gradually morphed into a 33-15 Michigan lead late in the first half and the Wolverines never looked back.

While the Wolverines’ effort to beat Iowa without the 3-point shot was admirable, Friday’s victory was a reminder of how dangerous they can be when those perimeter shots actually fall. Michigan made 11-of-23 3-point attempts en route to 1.19 points per possession against the team that held it to its worst offensive performance of the season in Lincoln. 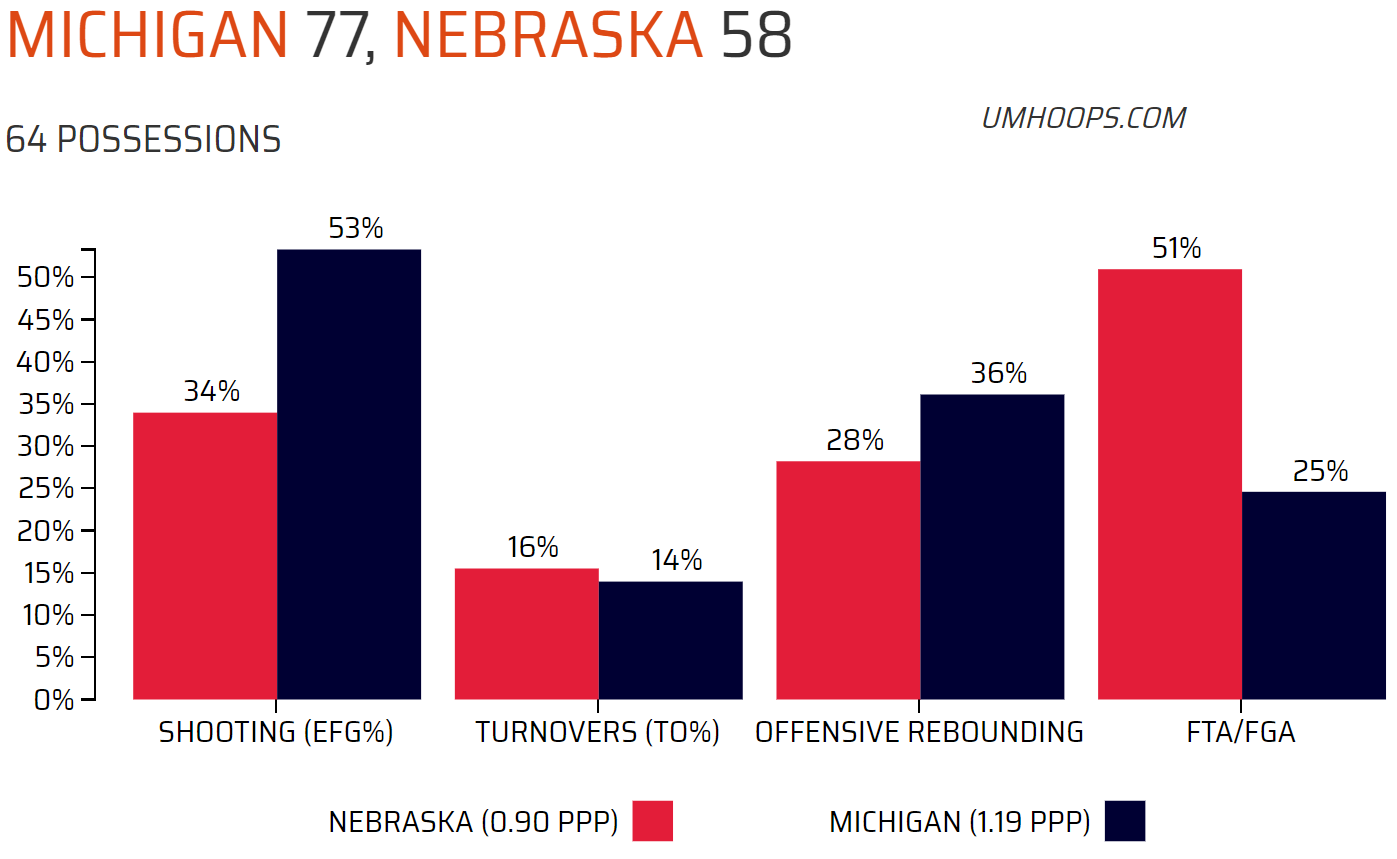 Michigan put a smooth 1.19 points per possession on the No. 2 ranked defense in the Big Ten. The Cornhuskers had so much success with their switching small ball lineup against Michigan in the first meeting and to see the Wolverines just pick it apart this time around speaks to how much this team has grown over the last month.

There was no confusion or frustration and the ball didn’t stick. Instead, Michigan picked its spots to attack and its best players made plays to score. It sounds simple, but that is offense: Get to the right spots, move the ball, make the shot.

Nebraska didn’t record an assist in the first half which speaks to how effective Michigan’s defense was. The Wolverines forced the Huskers into isolation mode and held up very well. Nebraska did a good job of getting to the free throw line, but no baskets were easy and Michigan’s ability to help and recover in the ball screen game really stood out. Charles Matthews and Zavier Simpson deserve a lot of credit for their point of attack on the ball defense as they made life uncomfortable by James Palmer Jr. and Glynn Watson all afternoon.

Next up is a coveted rematch with Michigan State. The Wolverines’ win in East Lansing jumpstarted the season back in January, but the Spartans will undoubtedly be hungry for revenge. 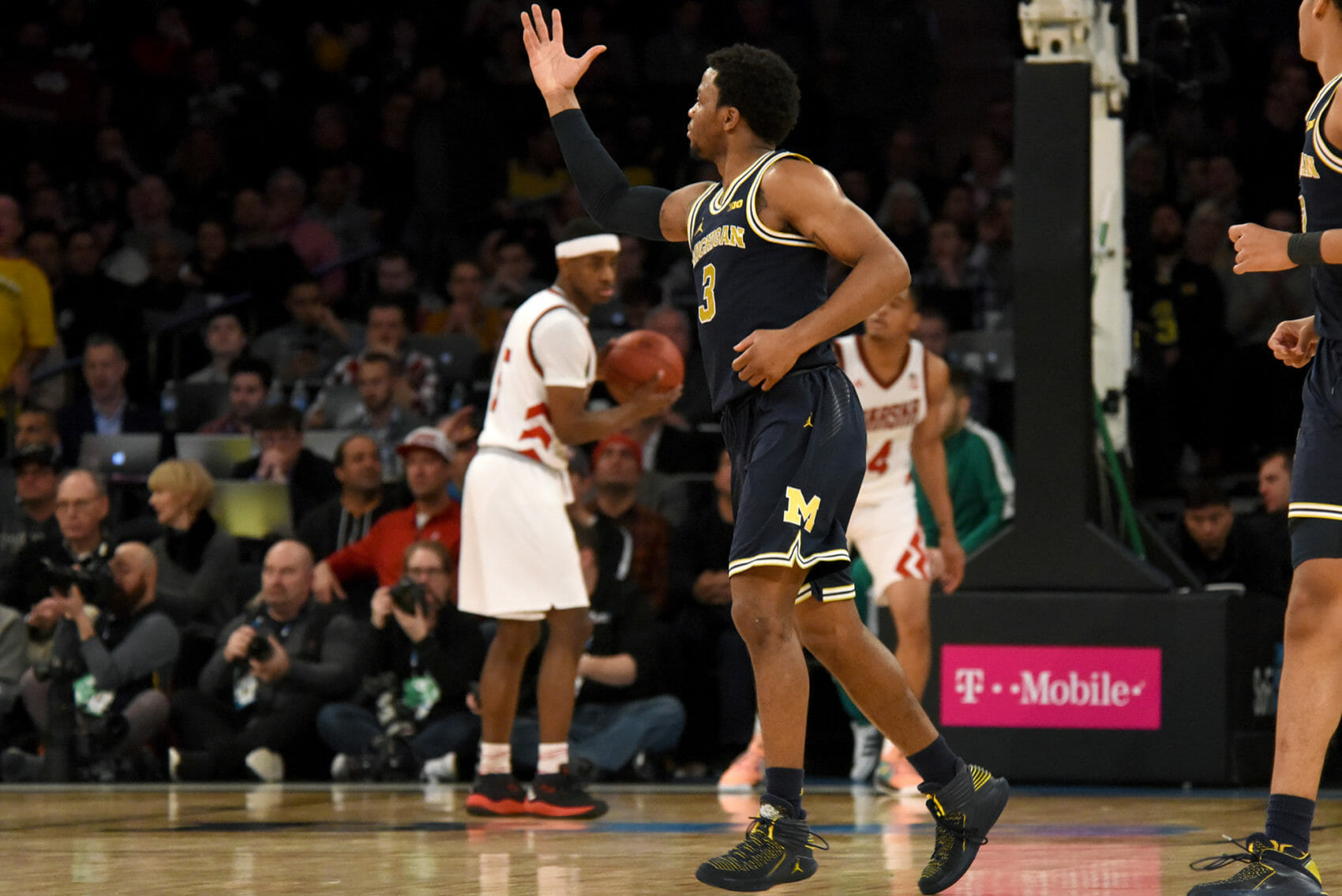 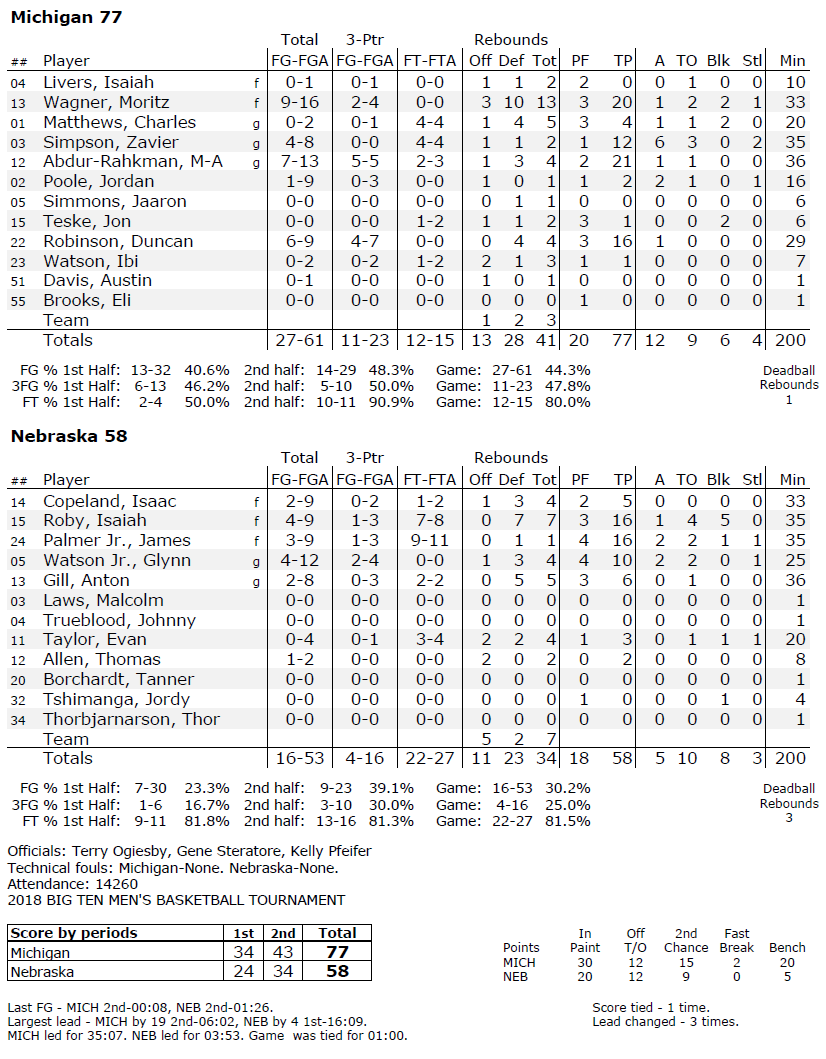