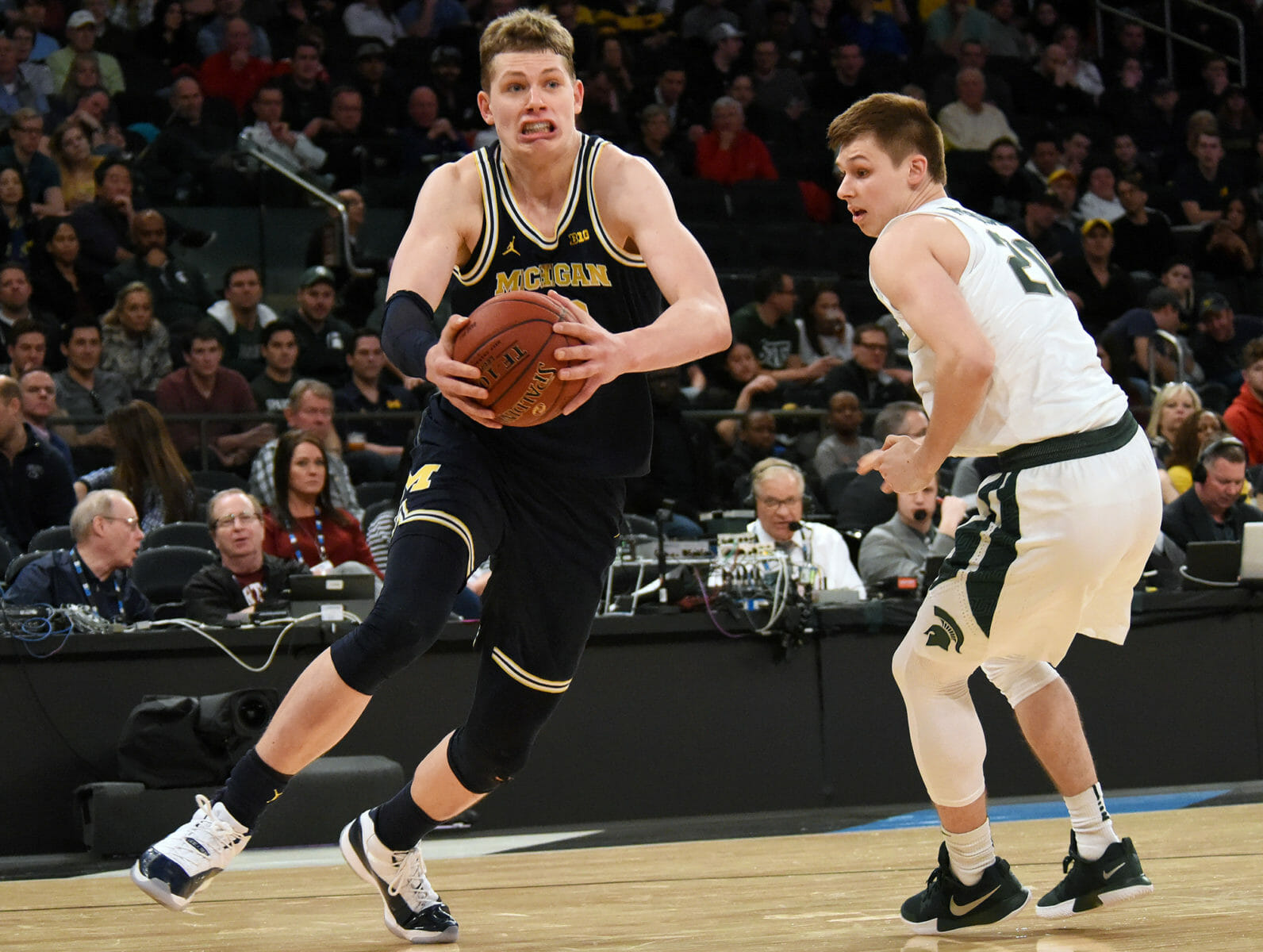 Moritz Wagner came into the locker room frustrated — and why not?

He had just suffered through a first half that saw him shoot 0-for-7, miss open 3-pointers and fail to take advantage of switches at every turn. He let loose in German, cursing not just his performance, but Michigan’s.

Despite only a three-point deficit, the Wolverines were on their heels. Michigan State had dominated the offensive glass, shut down Wagner, and held Michigan to just 13 points in the last 16 minutes of the half.

“Maybe that’s why he was yelling in German,” said Isaiah Livers. “We just told him to keep his head up, shoot the next shot like it’s going in.”

“I’m a very emotional guy,” Wagner said. “Told him to box out, obviously, like I yelled at him. But we’re at Madison Square Garden. You gotta get a little loud.”

On the way back to the court, Wagner was the last player in the locker room and John Beilein stopped in with some advice.

“Moe, you’re stinking the place up,” Beilein told him jokingly. “Can you make a shot in the second half?”

Wagner’s response, according to Beilein (faux-German accent and all): “Yes coach, I will.”

Wagner got the ball rolling in the second half on an easy layup fed to him by Zavier Simpson. That was all he needed.

He banked in a layup, then Simpson hit Wagner with an outlet pass for a transition layup, all in the next two minutes.

“I will draw up more stuff for him when he’s not playing well, cause I know he’ll come back,” Beilein said.

Later, Wagner nailed an open triple from the corner as the Spartans scrambled to help — the kind of shot he continually missed in the first half.

He took it to the hole and drew a foul, making both shots and extending Michigan’s lead to eight with just under four minutes to go, then made two more free throws a couple minutes later for good measure.

Tom Izzo steadfastly refused to go small with Jaren Jackson Jr. at the ‘5’ — a matchup that would have allowed the Spartans to switch everything and kept plodding big men from defending Wagner beyond the arc — nearly all game. He only doing so towards the end, then moving away from it once Miles Bridges fouled out. Wagner happily took advantage.

He had 15 points by the final horn, tying with Muhammad-Ali Abdur-Rahkman and Zavier Simpson for the team lead, and picked up eight rebounds to boot. Nick Ward, Xavier Tillman and the rest of MSU’s brigade of traditional bigs had no answer.

Even on the other end, Ward had just six points on 2-of-6 shooting. Tillman had four, Kenny Goins and Gavin Schilling had two between them. Whatever Izzo was looking for in that matchup, he didn’t get.

After his halftime outburst, the opposite applied to Wagner.

When Duncan Robinson sealed the win with a steal, Wagner faced the crowd and raised his arms.

“It’s a lot of fun to celebrate a win like that with the fans,” he said, “and it makes it all worth it.”