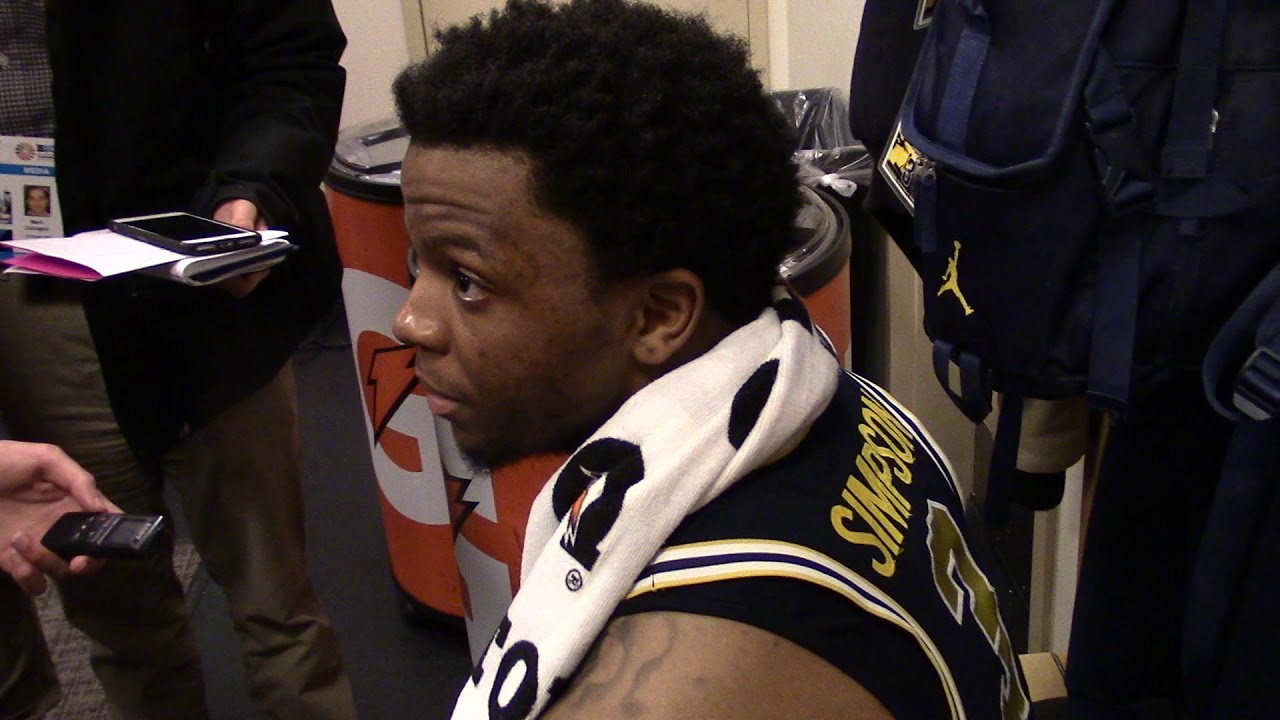 Both times Michigan faced the Spartans this season, the same name echoed around Zavier Simpson anytime reporters got within a mile of him: Cassius Winston.

Was there any extra motivation playing against Winston — who was John Beilein’s first choice at point guard in the same recruiting class as Simpson?

Does he focus more going into that matchup? Is there more intensity? Is there a personal rivalry with him? Any extra emphasis?

“There wasn’t,” Simpson said after the game.

Ask his teammates though, and the story changes.

“He wanted (Winston),” Livers said. “That was his matchup, he’s been looking for it for a while.”

Early in the game, Simpson guarded Miles Bridges with Matthews on Winston. Against the bigger forward, Simpson held his own, but eventually found himself back on Winston.

And, if Livers’ side of things is true, Simpson will feel some vindication after Saturday. Winston scored all of 11 — the same as January in East Lansing — over 35 largely ineffective minutes, going against Simpson for most of them.

All game long, Winston tried to find a lane to the basket. With Simpson going at him, he usually came up short.

“(Simpson’s) like a little gnat,” Livers said. “He’s not ever gonna leave you space like we are right now (in the locker room). He’s not gonna let you get that much space.”

When Winston had a chance at a last-gasp triple to cut the Spartans’ deficit to six with 30 seconds left, he bricked it. Simpson grabbed the rebound and when Michigan State intentionally fouled him, made both free throws to cap an uncharacteristic 6-of-8 day from the charity stripe.

His offensive output was more than free throw shooting on Saturday though. Simpson tied for the team lead with 15 points on 4-of-8 shooting from the field.

On the first play of the game, he found an open 3-pointer after a Muhammad-Ali Abdur-Rahkman backcut drew help, nailed it, then stared down the Spartans’ bench.

After the game, Simpson said he didn’t say anything — a break from the open chippiness displayed by both teams throughout — but was just looking.

He finished a layup over Winston for Michigan’s next two points, then did it again two possessions later.

If there was any vindication, you wouldn’t have known it from talking to him.