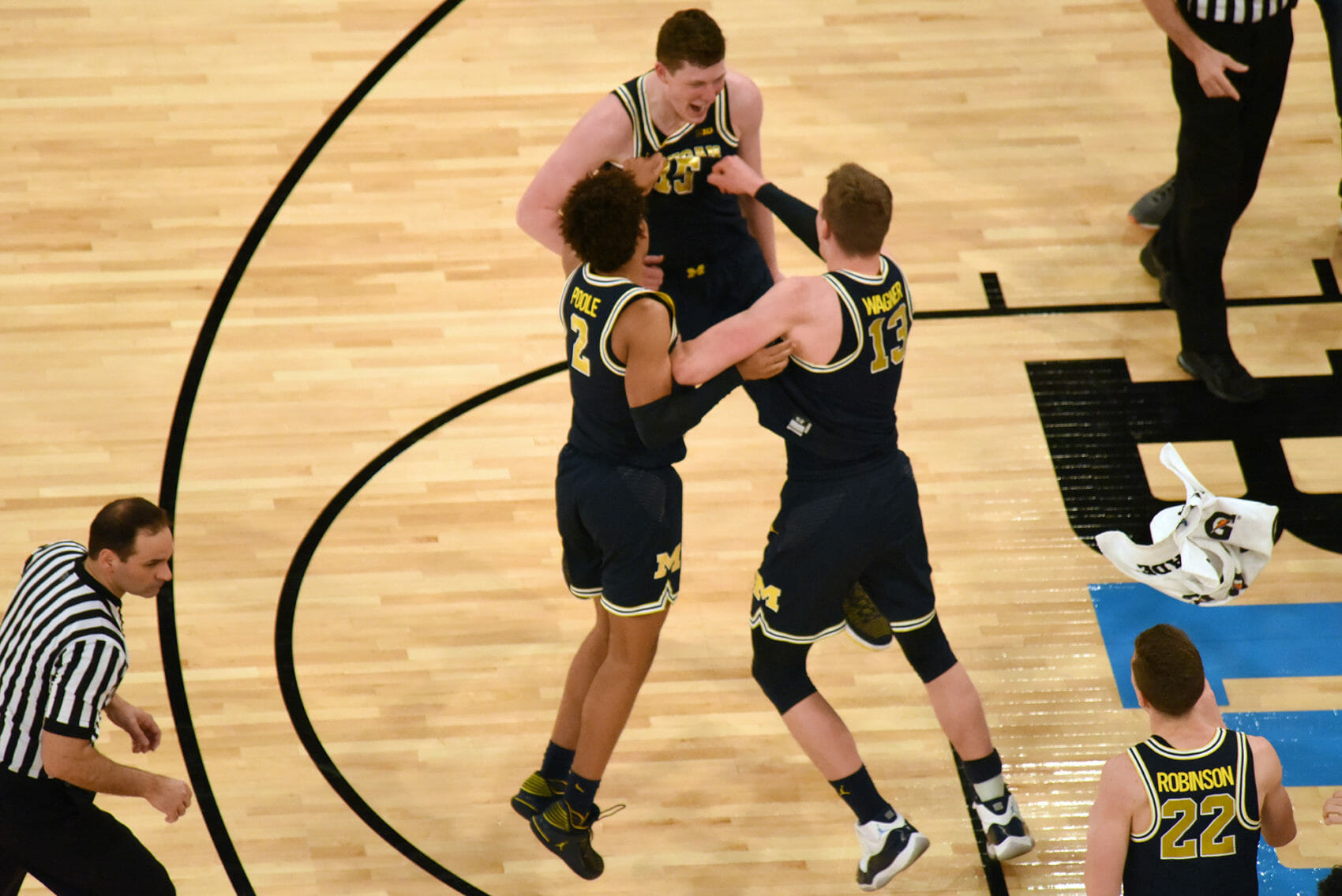 After a long week off, Selection Sunday is finally here.

After a long week off, Selection Sunday is finally here.

Where will Michigan play? Where will the Wolverines be seeded? Who will they face? We’ll know the answer to all of those questions in just a few hours.

The most likely outcome appears to be that Michigan earns a 3-seed — the second highest seed for any of John Beilein’s Michigan teams — but probably doesn’t have the luxury of opening the NCAA Tournament in Detroit at Little Caesars Arena.

The Wolverines are currently the third 3-seed in the Bracket Matrix, and the four teams directly behind them (Auburn, West Virginia, Wichita State and Texas Tech) have all lost.

There are always a few surprises in the final reveal, but it is remarkable that the Wolverines are in line for a 3-seed after such a tumultuous season where just a few weeks ago we were discussing whether it was a sure thing that the Wolverines would even be in the NCAA Tournament.

Here’s Michigan’s final team sheet, the same view of the resume that the committee will use to compare teams.

Here’s a rundown of all of the latest projections, we’ll make an effort to update this list throughout the day leading up to the Selection Show at 6 p.m.

How will things play out?

Using the Bracket Matrix, we can start to see some consensus opinions build on Selection Sunday.

Virginia and Villanova are consensus No. 1 seeds. Kansas should be the next No. 1 seed after wining the Big 12 while Xavier is poised to grab the final top seed.

The two Carolina schools — Duke and North Carolina — are the two top No. 2 seeds with Cincinnati and Purdue rounding out that field. At this point it would be fairly surprising if those aren’t the top 8 teams on the final S-curve.

For those that want Michigan to open the NCAA Tournament in Detroit, the problem becomes that there are so many schools queuing up for locations like Detroit, Nashville and Pittsburgh that it will be hard to have an open spot in Detroit when you get to the Wolverines.

Cincinnati, Purdue and Xavier are all ahead of Michigan and would potentially fill a spot in Detroit if it was available. Those schools could also be pegged for Nashville or Pittsburgh, but there are so many moving pieces that things become hard to project.

Michigan is entrenched on the 3-seed line with Tennessee, Michigan State and Auburn. For the Wolverines to have any shot of playing close to home, they’d likely have to be the top 3-seed on the s-curve. West Virginia and Wichita State both losing on Saturday should all but lock up Michigan’s position on the 3 line, if bracketologists are to be believed.

How will things play out on the final day? We’ll be watching the championship games and making updates to this post throughout the day.