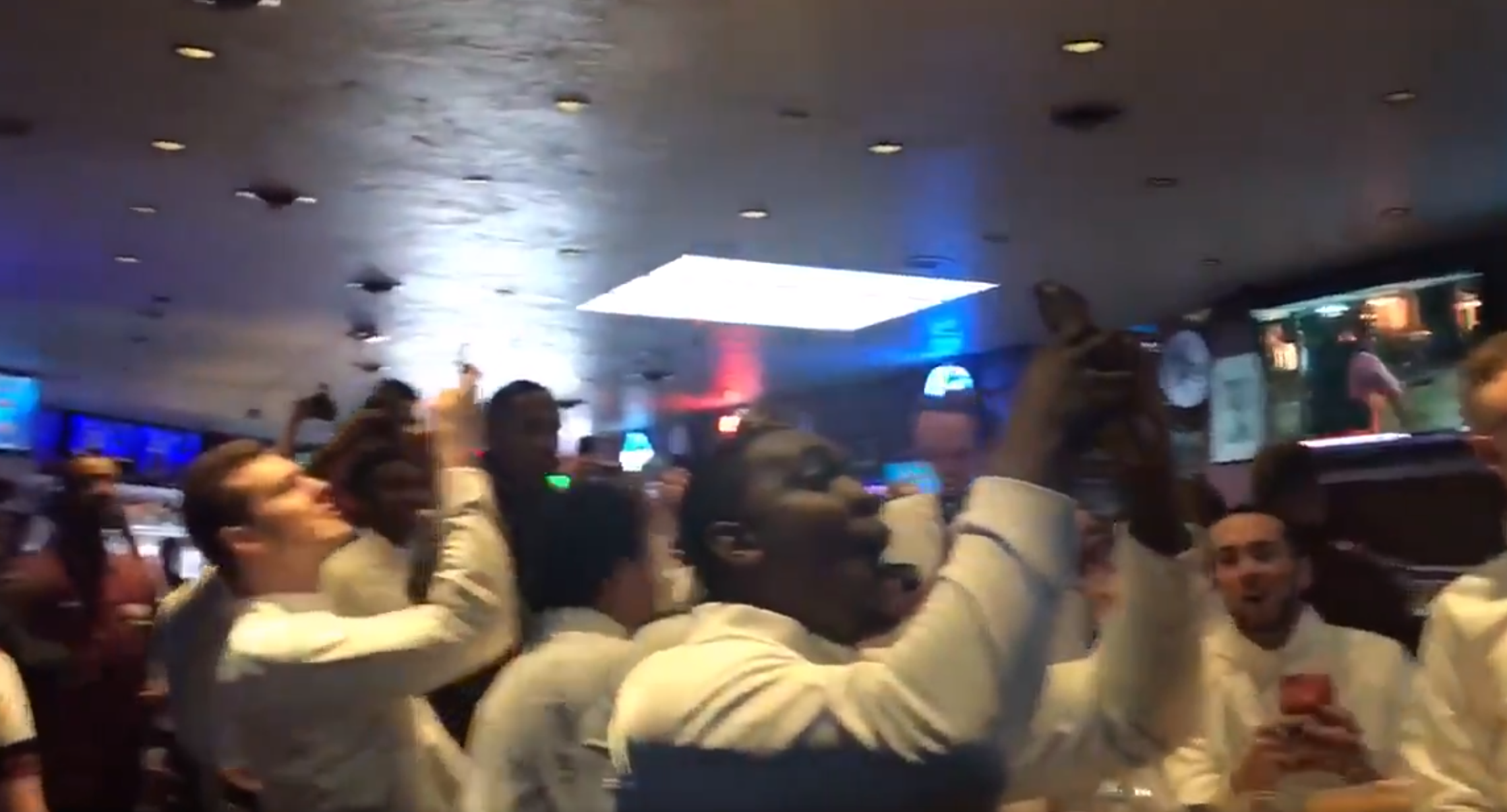 While Michigan watched the Selection Show at Crisler Center, surrounded by the Maize Rage, the Grizzlies watched it at a table in a restaurant in Missoula.

Montana knew it was in, having won the Big Sky Tournament, but the Grizzlies celebrated all the same. Junior guard Mike Oguine had this to say when asked what it feels like to make the NCAA Tournament.

“I feel great, man. It’s really hard to explain the feeling. It’s unbelievable. Everyone dreams of doing this ever since they’ve been doing basketball. So to be here, it’s a great feeling but we still know we have work to be done. We don’t want to be a team that just showed up and wasn’t ready to play. We want to make sure we’re prepared to give our best against Michigan.”

“Everyone’s just ready to get to work, pull their phones out, get some stats on Michigan, how they’ve been doing,” Montana forward Fabijan Krslovic said on Periscope. “They’ve got one of the best bigs in the country in Moe Wagner and he’s gonna be a key to the game on Thursday.

“They’ve got a great big player who can play on the outside and we haven’t really played a whole lot of teams like that. They’ve got some pretty good shooters on the perimeter as well and playing in the Big Sky you probably don’t come against that every game you play.”

The Big Sky, as far as mid-majors go, is a middle-of-the-road conference ranked 16th of 32 leagues by KenPom. Montana won it in the regular season, dropping just two conference games, then won the conference tournament to wrap up a bid. That took an overtime heart-stopper in the semifinal against Northern Colorado — a game featuring the weekend’s most viral dunk, a six-point comeback with just over a minute to go in the second half, and a game-tying 3-pointer from Bobby Moorehead.

The Grizzlies don’t have a win over a single team in KenPom’s top-100, having dropped games early in the year to Penn State, Stanford and Washington. Montana isn’t just happy to be there, according to Krslovic, but it would take something close to the Grizzlies’ peak performance to pull off an upset.

“Honestly, I think we’ve got a chance to have the momentum with the crowd,” Montana coach Travis DeCuire said. “Because, (the) Kansas crowd is gonna want an upset.”

DeCuire also feels their defense is built for the postseason, per The Missoulian’s Frank Gogola. The Grizzlies are 28th in defensive 3-point attempt rate, per KenPom, and 315th when it comes to keeping opposing teams off the charity stripe, a combination that could cripple the Wolverines if the game comes down to the wire.

“I haven’t seen (Michigan) play this year,” DeCurie said. “Those are the types of teams we’re trying to get ourselves to be able to compete against. So, now we have that opportunity.”

Montana also excels at turning teams over, which will likely mean less against Michigan than it did in the Big Sky. The Wolverines are second in the country in offensive turnover percentage. Then again, what is an upset if not an uncharacteristic performance?

That’s the sort of attitude Michigan needs to carry into Thursday to avoid any kind of trouble. On paper, this is not a game that should be particularly close.

If any problems arise for the Wolverines, it’s because both teams will be aware of that.