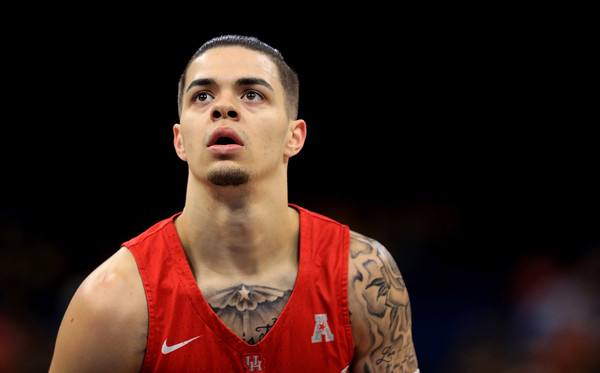 Michigan has been the best team in the country over the last 10 games, but the Houston Cougars haven’t been far behind.

Houston checks in at 8th in the country in adjusted efficiency margin over the last 10 games. The Cougars have knocked off Cincinnati and Wichita State (twice) this season and have non-conference wins over other NCAA Tournament teams like Arkansas and Providence.

Senior guard Rob Gray put on the show of the NCAA Tournament on Thursday night, finishing with 39 points including the game winner against San Diego State. Gray didn’t record an assist in the victory, but carried his team to its first NCAA Tournament win since 1984.

Houston attempts a fairly average number of 3-pointers, but it makes them. The Cougars shoot 38.7% from deep, good for 34th nationally. They are just an average 2-point shooting team (50.9%) and don’t get to the free throw line all that often. While Houston’s interior players aren’t great offensively, they are great offensive rebounders. Houston rebounds 34.1% of its misses on the year, which ranks 30th in Division I, despite ranking just 323rd nationally in average height.

Houston checks in at 14th in adjusted defensive efficiency. The Cougars excel defensively thanks to their 2-point defense. Despite having a small frontcourt, Houston opponents shoot just 43.7% inside the arc, the 8th best 2-point field goal percentage defense in Division I.

Houston doesn’t force many turnovers but does a great job of preventing transition offense and cleaning up the defensive glass. The one weakness of the Houston defense is its tendency to send opponents to the line. The Cougars are ranked 324th nationally in free throw rate (FTA/FGA) allowing 41.8 free throws per 100 field goal attempts.

Houston relies on an eight-man rotation, but the name at the top is 6-foot-1 senior guard Rob Gray. Gray uses 30% of Houston’s offensive possessions and has been its KenPom MVP in 4 of the last 5 games. At this point you already know that he dropped 39 points on San Diego State in a first round win. He didn’t record an assist in that game, but that stat does him a bit of disservice as he’s the best passer on the Houston roster. 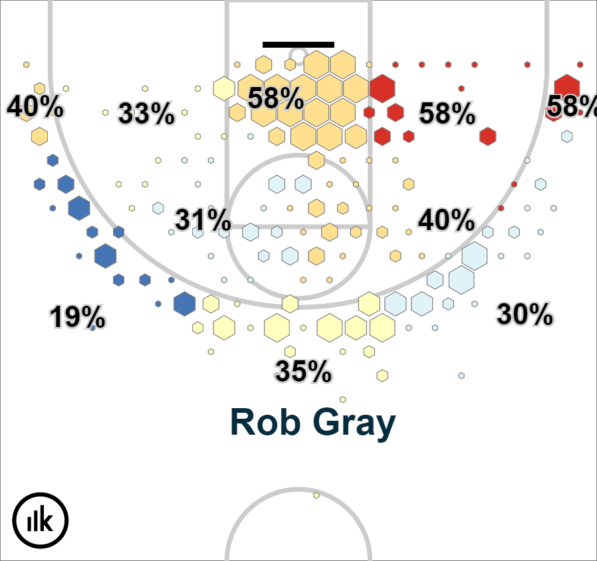 Gray has a creative pump fake that he uses to get into the lane and is a creative finisher around the hoop.

While he’s a good driver, his bread and butter is his ability to shoot the ball off the bounce and play out of ball screens. He’s one of the better ball screen players in the country when considering volume and efficiency and that ability to knock in shots off the bounce makes him a very tough cover.

Gray can hit the three, but Kelvin Sampson relies on two catch-and-shoot specialists in Corey Davis and Armoni Brooks. Davis is 102-of-237 from three on the year and Brooks is 82-of-195. Both are lethal off the catch, but don’t have a lot more to their game attacking the rim.

Former Indiana Hoosier Devin Davis is one of the best pure mid-range jump shooters in the country. Davis hasn’t developed his range out to the 3-point line, but he knocks in shots consistently from the elbows and the baseline. He matches up well with Michigan because he’s physical enough to bang down low, but athletic enough to guard players like Isaiah Livers or Duncan Robinson on the perimeter as well. 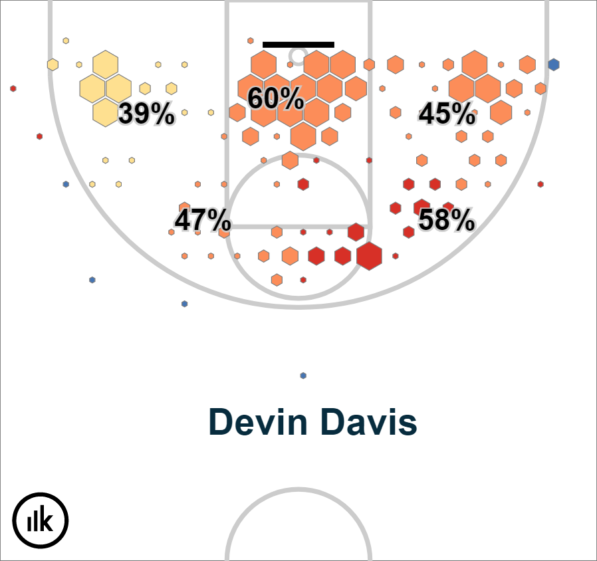 At the off guard, Houston starts Galen Robinson, a 6-foot-1 junior who anchors their defense. Robinson is a low usage (15%) player who isn’t a perimeter shooting threat (4-of-22), but he’s a great defender and passer. He seems likely to be tasked with guarding Abdur-Rahkman, but the question is how Michigan handles defending him and whether they can get away with cheating off of him at times. 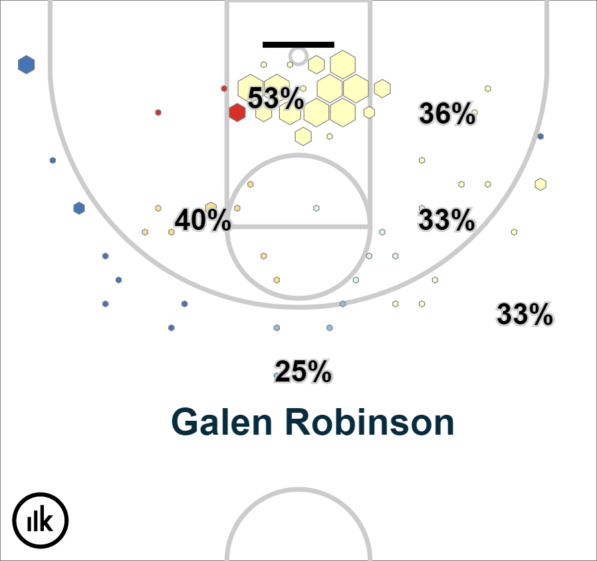 At the five spot, Houston rotates through a handful of players who have a similar style of play. 6-foot-6, 240 pound big Nura Zanna is a poor free throw shooter who makes 55% of his twos. He’s turnover prone, but he’s a horse on the offensive glass.

6-foot-8, 250-pound Breaon Brady fits a similar description and actually starts at the five, but plays fewer minutes than Zanna. Brady makes just over half of his twos, works hard on the glass but struggling to hold onto the ball. Fabian White is the third big man in the center rotation at 6-foot-7, 210 pounds. He’s Houston’s best shot blocker but has been very foul prone this season. Houston posts up less often than most teams and its big men are primarily screeners, rollers, offensive rebounders and finishers around the rim.

KenPom likes Michigan in this one by a final score of 68-66, giving the Wolverines a 58% chance at advancing to the Sweet 16.