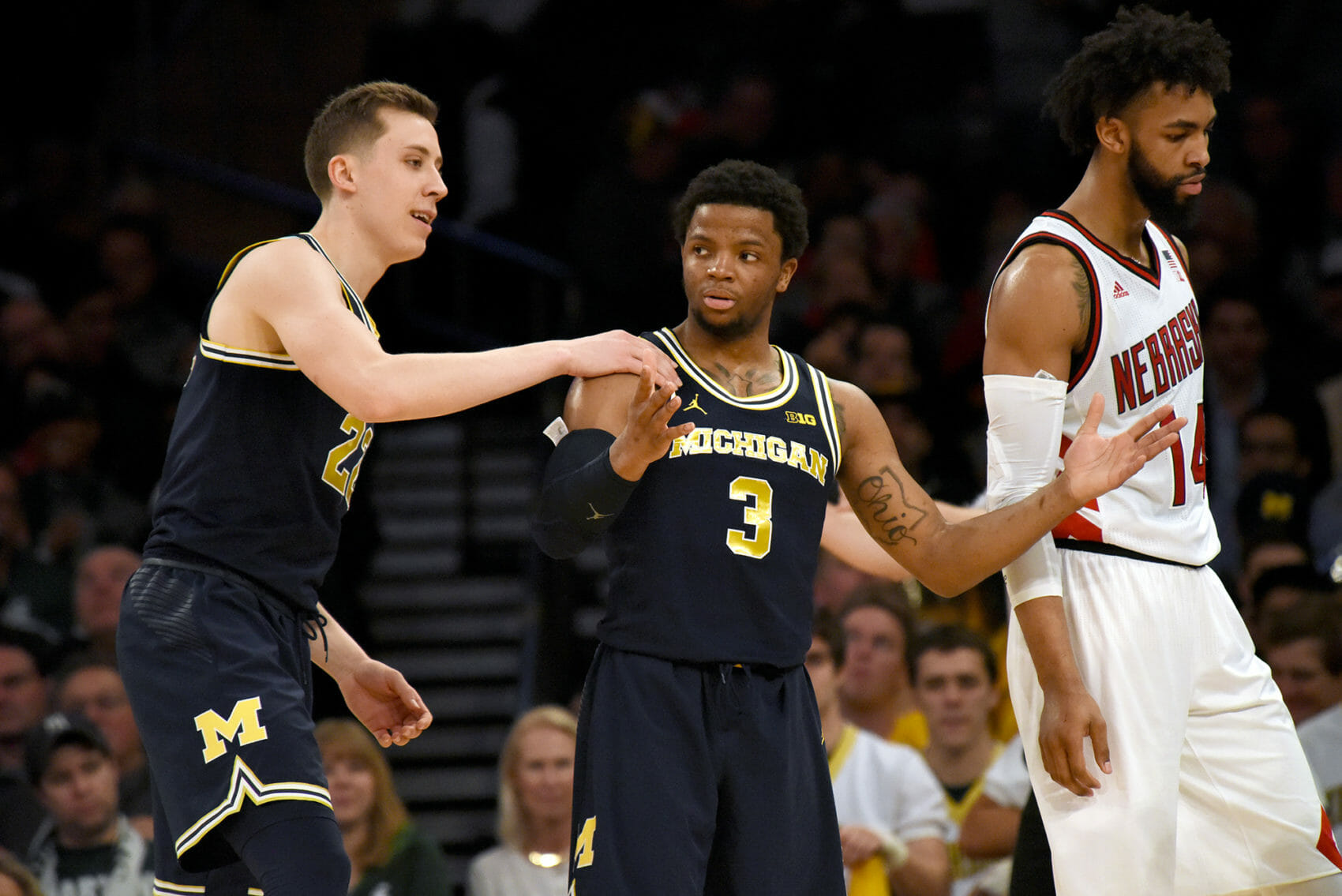 Simpson’s offense, sure. Houston’s top-scorer had high praise for that.

“Just a blur,” Gray said. “Super-quick, he lives in the paint and he’s constantly getting his teammates good, open looks.”

But that’s not what will decide Michigan’s second round game against the Cougars on Saturday.

You already know about Simpson. He is Michigan’s defense, the spiritual embodiment of everything that’s changed for the Wolverines on that end. His offensive ability — good as it might be — isn’t the thing to be worried about.

As for Gray, he dropped 39 points on San Diego State on Thursday, rolling in a game-winner and almost single handedly carrying Houston’s offense throughout.

If you’re looking for a comparison, Michigan has one ready: Purdue’s Carsen Edwards. John Beilein, Saddi Washington, DeAndre Haynes, and any player you asked about Gray all had the name in mind on Friday.

The jumper. The quickness in transition. Getting to the basket seemingly at will and having the ability to pull-up for floaters. Watching Gray on Thursday was deja vu for the Wolverines.

“We always knew he was a great player,” Haynes said, “but to see — he showed us something different yesterday, to where you say, ‘Hey, this kid can really get off.’”

“I see Carsen Edwards again,” Beilein added. “We didn’t have very much success with (Edwards) the first two times we played him. So, I think we’ve learned a lot. Hopefully we can play like the third time we did against him.”

That third time, the Big Ten Tournament final, was as close to a perfect defensive game as Simpson has played all season. Edwards was 2-of-9 from inside the arc, 2-of-7 from beyond it. He got to the free throw line just four times and scored all of 12 points. If Simpson replicates that defensive performance, it’s hard to find a way for Houston to move past Michigan.

Of course, doing so is easier said than done. Washington and Haynes, who live-scouted the Cougars on Thursday, both walked away thinking they were better in person than on film.

“Just their ability to make shots and create shots for themselves and, you know, it’s one thing to kinda evaluate off of film, but it’s another thing to really see them live and in-person,” Washington said. “You know, you pick up cues and tendencies off of film, but it’s just a different feel, you know, when you’re actually watching it courtside.”

Gray is a pure scorer — that much was on full display. He tore apart the Aztecs like an overeager kid ripping through presents on Christmas morning. No other player could buy a shot for Houston — Corey Davis was 2-of-10 from the field, Devin Davis was 4-of-14, everyone else had four field goals between them. It didn’t matter. Gray bought the store.

When he does get around to watching Simpson on defense though, Gray will see a player who could be his biggest challenge all year — and one who’s hitting his stride as well.

The Wolverines survived the first half on Thursday with Simpson in foul trouble. They owned the second, thanks to a masterful defensive performance from him that helped spur a nearly 10-minute scoreless streak from Montana. Simpson has been Michigan’s defensive juggernaut all year, and it’s hard to argue he’s not peaking.

He tortured Cassius Winston, then Edwards in New York. On Thursday, it was Michael Oguine and Ahmaad Rorie, if only for a half. Now, it’s Rob Gray’s turn.

If recent history is any indication, he better start watching that tape.