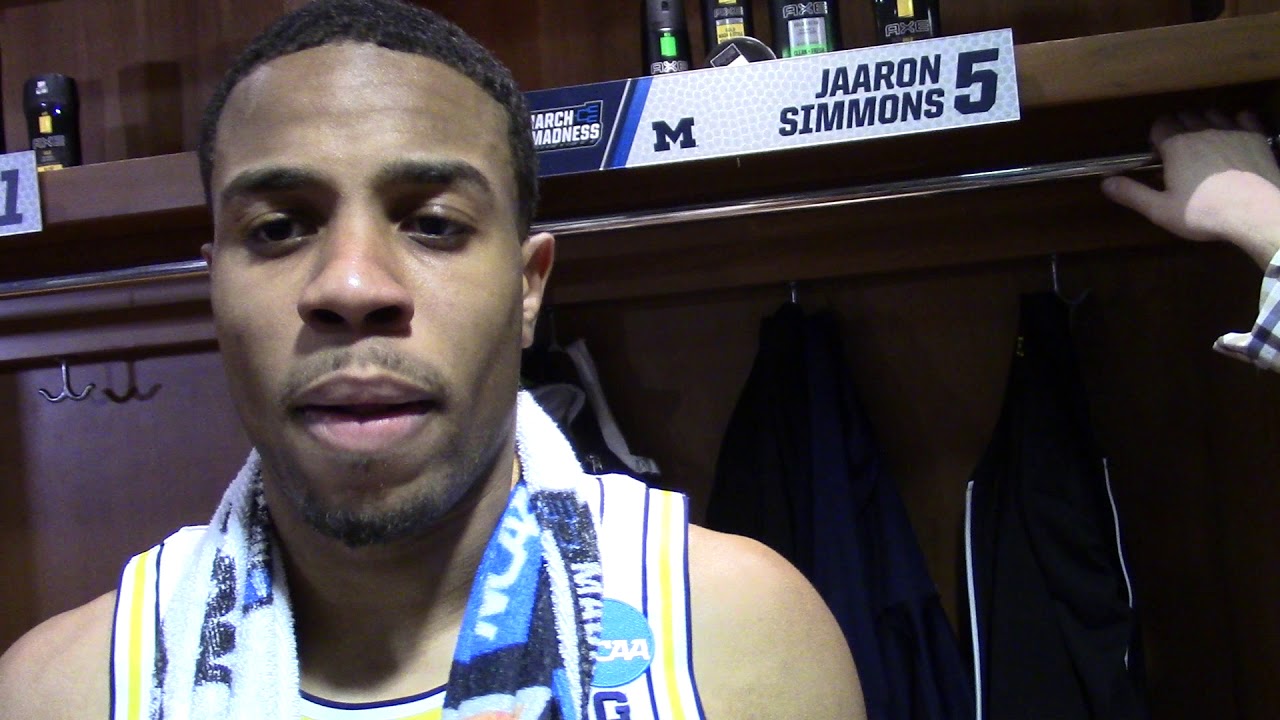 WICHITA, Kan. — A 10-0 Montana lead four minutes into the game, both Zavier Simpson and Muhammad-Ali Abdur-Rahkman sent to the bench with early foul trouble and Moritz Wagner going the entire first half without a point to his name. There’s a formula to an upset — and the Grizzlies were following it with precision.

And yet, when both teams went to the locker room for the break, it was Michigan holding a three-point lead. When the final buzzer sounded, the Wolverines were on top, 61-47, having spent the second period pulling away in methodical fashion.

Make no mistake: Charles Matthews racked up 20 points on his way to being the game’s leading scorer, but it was Jaaron Simmons and Eli Brooks who saved the day and helped extend Michigan’s season.

Playing his first ever minutes in the NCAA Tournament Simmons found a rhythm almost immediately. He got to the basket for a handful of easy points, driving with ease and finishing with creativity, kick-starting an offense that had yet to score when he came on for Simpson.

Without picking up an assist, Simmons got the Wolverines’ pick-and-roll game going as well. When the Grizzlies trapped him a few minutes after coming into the game, Simmons got the ball to Wagner immediately, who found Matthews cutting backdoor for an easy two points. That formula ended up being all Michigan needed to counter the trap.

“They were gonna take (Wagner’s) 3 away,” John Beilein said. “They were gonna take a lot of what he does away. But what they were doing is giving Charles opportunities because they’re rotating off Charles’ man. So, they had a good plan, they’re a really good defensive team. This is what they do: they trap, and try to take you out of your offense and you’re uncomfortable for a while.”

Simmons played 14 minutes, three of them during garbage time and the rest coming in the first half. But that didn’t matter.

When he came out with just under eight minutes left in the first half, Michigan had cut the deficit to just three points. Simpson waited at the scorer’s table to replace him, then was called back.

“I was gonna put Zavier back in,” Beilein said, “and then my assistant said, ‘Put Eli in, he had a great day yesterday.’

Brooks played one minute in four games at the Big Ten Tournament. He was as far out of the rotation as anybody could be, and yet, here he was.

Any doubts about the substitution were put to bed right away. On his first offensive possession, a driving Brooks found Matthews for a layup to tie the game. When Montana answered, Brooks nailed a floater to tie it again.

“He had a great day yesterday (in practice), we could not stay in front of him,” Beilein said. “He did a great job, he played with great energy. … Offensively he’s a really talented player and all the sudden … he took a step back and lost his confidence. And he gained it (back) by being on the scout team, works like a charm every time.”

Simpson didn’t return for the rest of the half. By the time he stepped on the floor again, at the start of the second, a 10-point deficit had turned into a three-point lead, and that was all the Wolverines needed.

Wagner started the second half off by scoring his first points of the game — getting good post position and slamming the ball home. It was a return to normalcy, and one that permeated throughout the final 20 minutes.

Simpson’s defense hounded the Grizzlies into a scoreless stretch that lasted nearly 10 minutes. Michigan’s offense was sloppy, but it did enough to survive with that kind of help.

“Jaaron did a great job on defense now, in the first half, but you see when Zavier went in there, what happened?” Beilein asked rhetorically. “Those two guards (Michael Oguine and Ahmaad Rorie) had 21 points at halftime … they finished with (30).”

By the time Simmons checked back into the game with 2:12 to go, the Wolverines were up by nine, a lead that was barely ever under threat.

The game had turned into a relatively easy boilerplate win over a mid-major, the type of first-round result Michigan would have asked for a week ago. The Wolverines have their point guard reserves to thank.