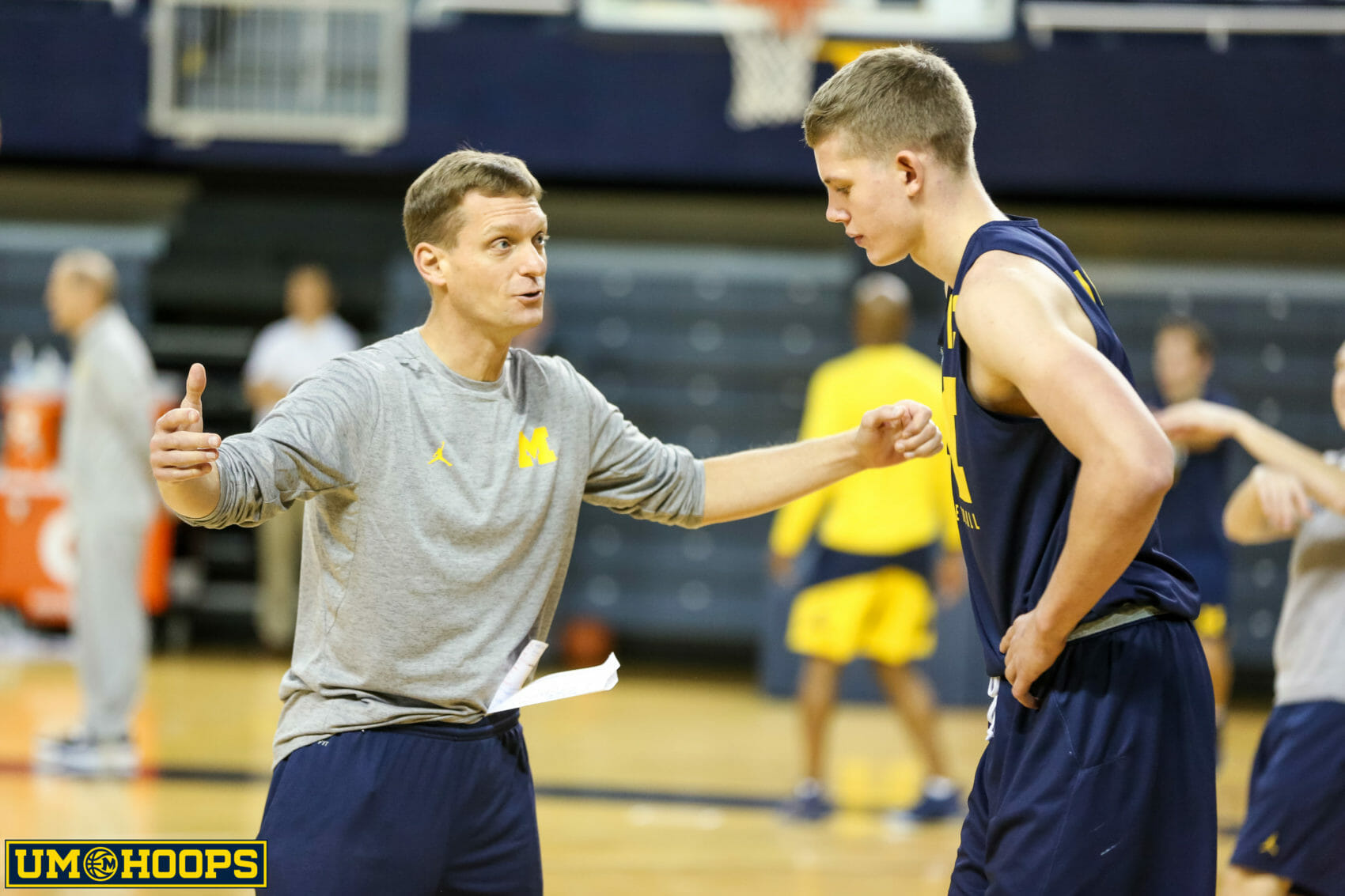 According to him, Yaklich was still the varsity boys basketball coach at Joliet West and Gordon had just gotten an assistant coaching job at Loyola. The Ramblers had a team shootout and Yaklich took the Tigers to watch. Their first interaction was a brief hello.

It was only later that the two realized they shared a past: both worked as managers at Illinois State during their tenures as students in Normal.

Gordon is a fair bit younger — the two didn’t intersect at Illinois State — but that didn’t stop them from connecting.

Once they were both assistant coaches in the Missouri Valley Conference, Yaklich with the Redbirds and Gordon with the Ramblers, they ran into each other with regularity.

“You see each other often enough on the AAU circuit and recruiting and all that, and then playing against each other,” Gordon said. “So (he has) always been really friendly, really good guy, knowledgeable coach as well.”

Ironically, the two don’t talk about their experiences managing, as Yaklich assumes Gordon’s experience was similar to his.

“I learned so much about the game,” Yaklich told UM Hoops on Friday, “and about running a program and then just really studying and helping with drills and stuff that really aided me in helping me become — being ready for my first couple years as a varsity basketball coach.”

Instead, they discuss coaching when they meet on the road.

Gordon — despite being the younger of the two — has been in the college ranks for longer. This is his seventh season with the Ramblers and before that, he worked as Director of Basketball Operations at Saint Louis, also with now-Loyola coach Porter Moser.

Yaklich, whose story has been recounted endlessly at this point, was a high school coach and history teacher until 2013, when he made the jump back to his alma mater.

Now, he’s the guy credited with building Michigan’s defense into a Final Four-caliber unit. He has been profiled by every outlet under the sun in the last three weeks and, now that Jeff Capel is off to Pitt, it’s not entirely unfair to give him the title of college basketball’s most famous assistant coach.

As for Gordon, he doesn’t have a national profile. He’s a little-known coach from a little-known program (at least until two weeks ago) that somehow got all the way here, to San Antonio, with a Final Four court design splayed across its locker room floor. According to his profile on Loyola’s website, Gordon has helped develop individual players — forwards Donte Ingram and Aundre Jackson among them. His profile, like that of everybody else associated with the Ramblers, will go up as a result of their run. But nobody’s crediting him with it.

Still, the two have kept up. After Michigan beat Florida State in the Elite Eight, it was Yaklich who sent a congratulatory text, as the Ramblers had sealed their place in the Final Four earlier that day.

The pair hasn’t coached against each other since Feb. 19, 2017, when Illinois State beat the Ramblers 65-63 after Loyola’s Ben Richardson missed a potential game-winning 3-pointer at the buzzer. That game was at Redbird Arena, in front of 8,052 people. Saturday’s will be in front of 69,000 at the Alamodome and the entire country on TV.

The contrast isn’t lost on either of them.

Yaklich and Gordon have been texting back-and-forth all week, according to Gordon, and on Thursday night, they got a chance to see each other in person, at the Salute Dinner.

“We looked at each other and we’re like, ‘Ah (shoot), two former Illinois State managers facing each other in the Final Four,’ ” Gordon said. “ ‘How cool is this?’ ”