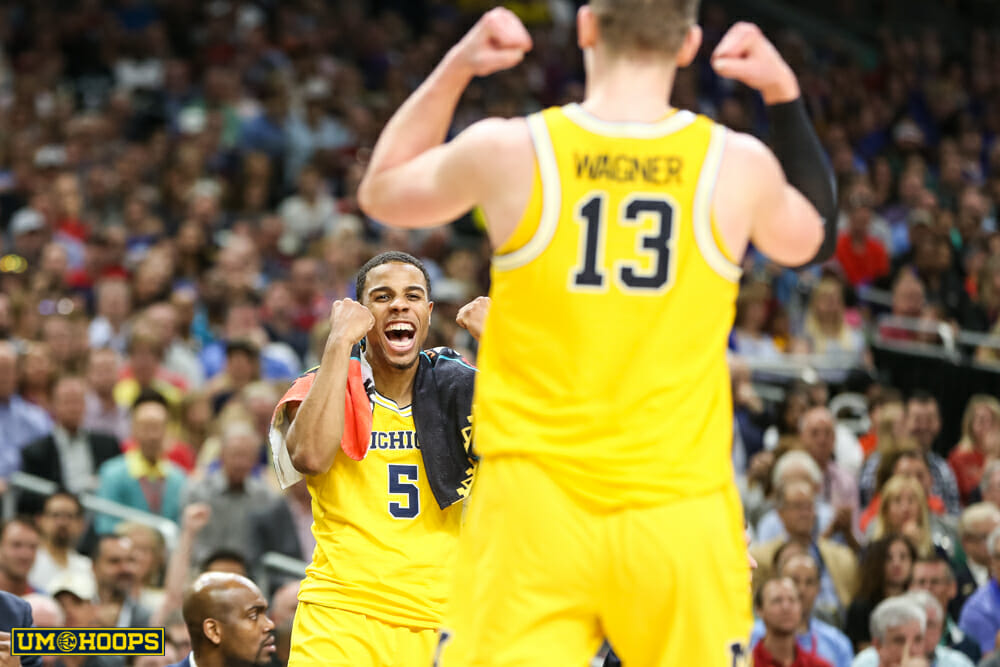 Michigan will play for a National Championship on Monday night after a comeback win over Loyola.

Michigan will play for a National Championship on Monday night after completing a comeback victory that was a fitting representation of its season.

The Wolverines locked in early on defense, but only managed to score 22 first half points and trailed at the half. They fell behind by as many as 10 points in the second half but roared back down the stretch to pull away with a double-digit victory. It was never pretty or perfect, but Michigan was the tougher team down the stretch.

The victory brought back memories of those early season struggles and subsequent comebacks that might have saved the season, but also flashed signs of growth as Charles Matthews played a dominant game with 17 points, 5 rebounds and 3 steals in 35 minutes.

Jaaron Simmons and Jordan Poole gave the Wolverines some timely production off the bench, but it was junior big man Moritz Wagner who carried his team to the win. Wagner finished with 27 points and 15 rebounds in 36 minutes of action as he proved unguardable for Loyola’s small lineup. 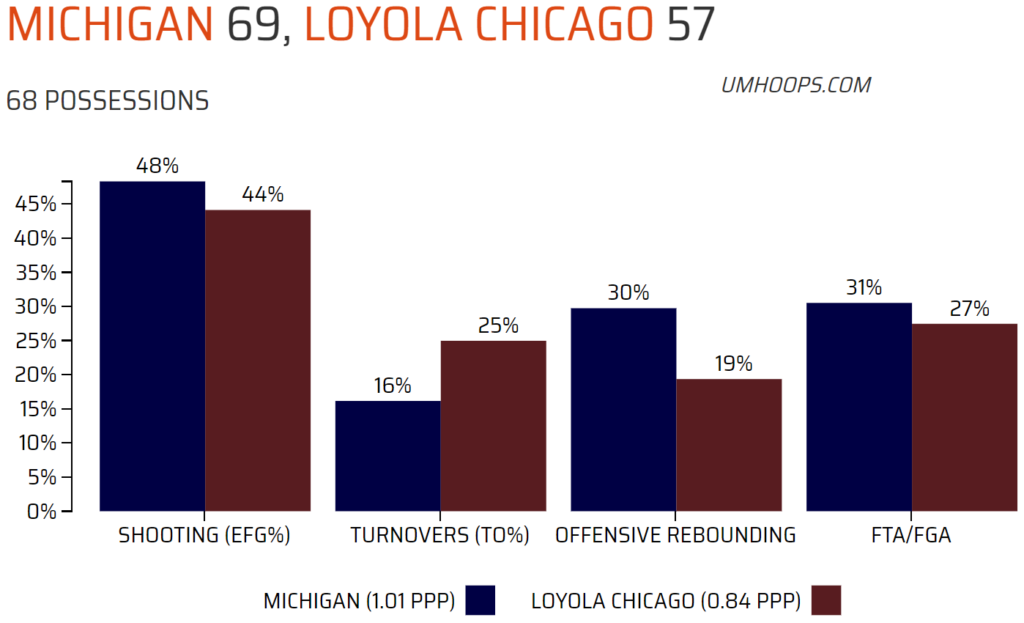 At this point the script is all too familiar, Michigan’s defense kept it alive while the offense struggled. Loyola made 51% of its 2-point attempts, but only made 1-of-10 3-point attempts. The 3-point gap that has powered this defense was in full effect as Michigan attempted 28 threes to Loyola’s 10.

Michigan’s 10 live ball steals not only were critical to its defense, they generated some extra tempo and pace in the game to jumpstart the offense.

Michigan’s offense took a long time to find itself. The Ramblers went small and switched everything and took the Wolverines completely out of their offense. Michigan only recorded 1 assist in the first half and the only thing that seemed to work in the opening 20 minutes was having Moritz Wagner crash the glass to rebound over a switched defender.

Switching defenses force isolation play and Michigan’s guards just couldn’t make plays. Muhammad-Ali Abdur-Rahkman and Zavier Simpson combined to go 0-of-10 from the floor in that opening half as the Wolverines managed just .67 points per possession.

The second half was a different story as Michigan figured increased the tempo and got the ball inside. The Wolverines racked up 47 points in 35 second half possessions — 1.34 points per trip, double their first half output.

Michigan will play for the National Championship on Monday night and it will have to beat Villanova to do it. The Wolverines haven’t played a top 5 seeded team throughout their run through March, but now they just need to figure out how to outplay the best team in the country for 40 minutes. 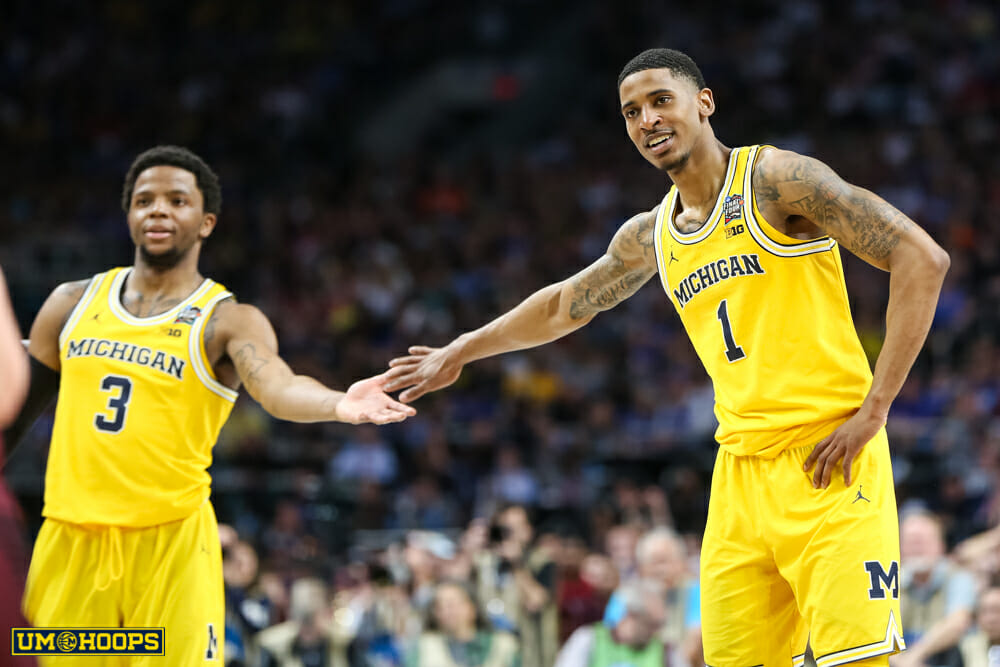 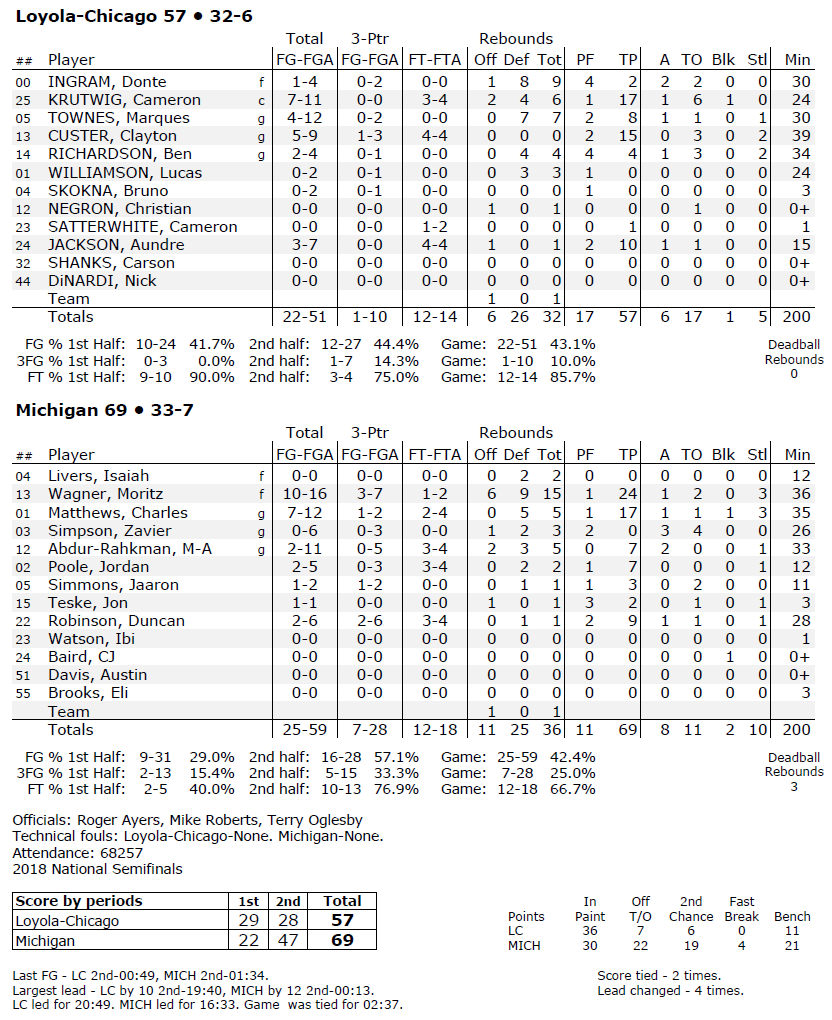