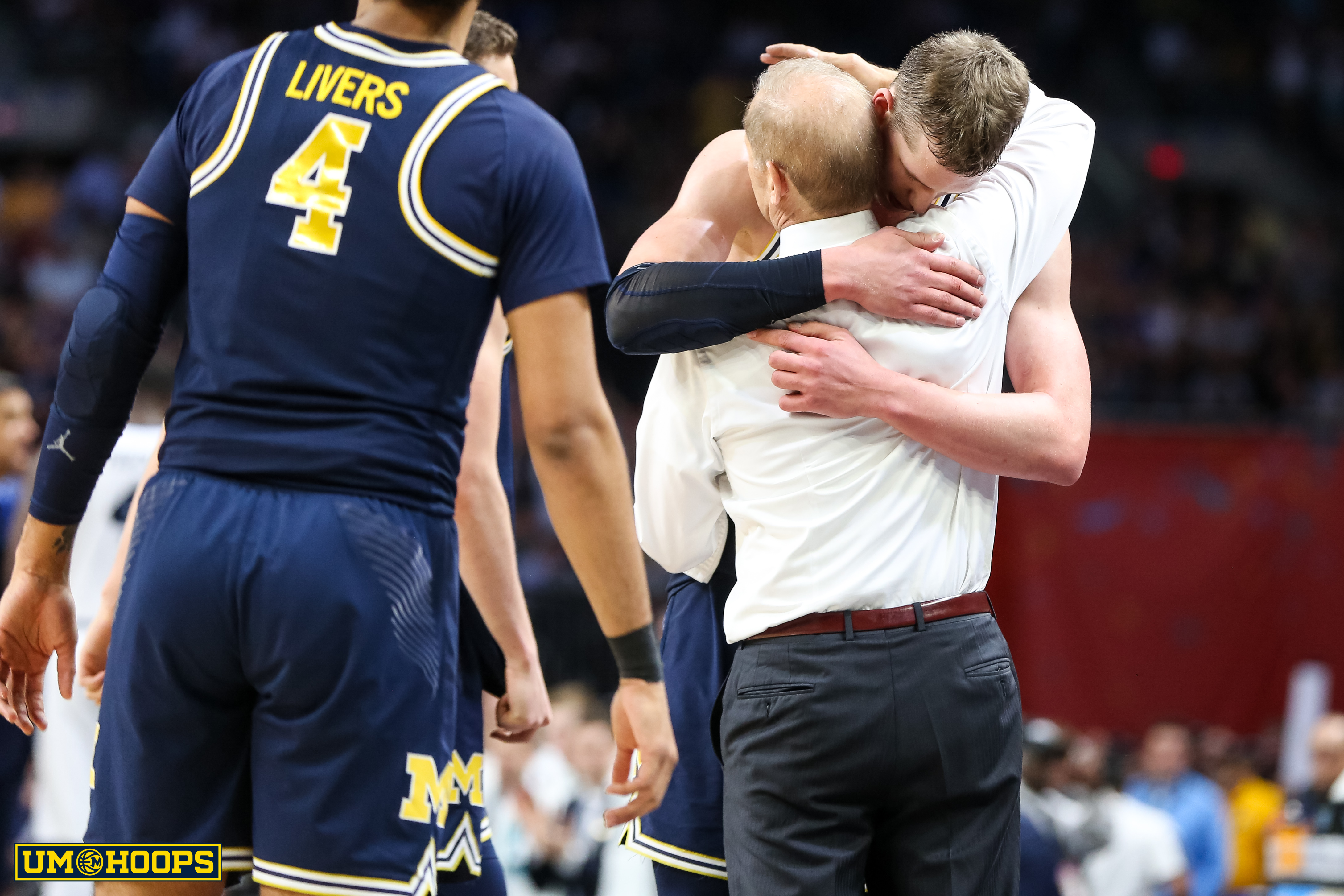 Only two teams end their season on Monday night and only one leaves with a trophy.

Michigan’s run to this game was a remarkable story of individual growth, team defense and a bit of luck. The Wolverines made it to the season’s final day despite playing poor offense in five of their six NCAA Tournament games.

This team defended like no other team that John Beilein has coached in his 40-year career, but in the end that defense wasn’t enough to slow down the best offense in college basketball.

At the game’s highest level, you have to be able to hit shots. Sometimes difficult guarded shots. Moritz Wagner made those shots in the first five minutes of the game, but Donte DiVincenzo owned the game’s final 35. DiVincenzo knocked in 31 points on 10-of-15 (5-7 3pt shooting) in an NCAA Tournament performance for the ages.

Michigan’s defense which appeared to be almost impenetrable in the NCAA Tournament’s early rounds just couldn’t figure out a way to record multiple stops in a row. And its offense wasn’t ready for a shootout. The Wolverines only made 3-of-23 3-pointers on the night, missing 18 of their last 19 perimeter shots. 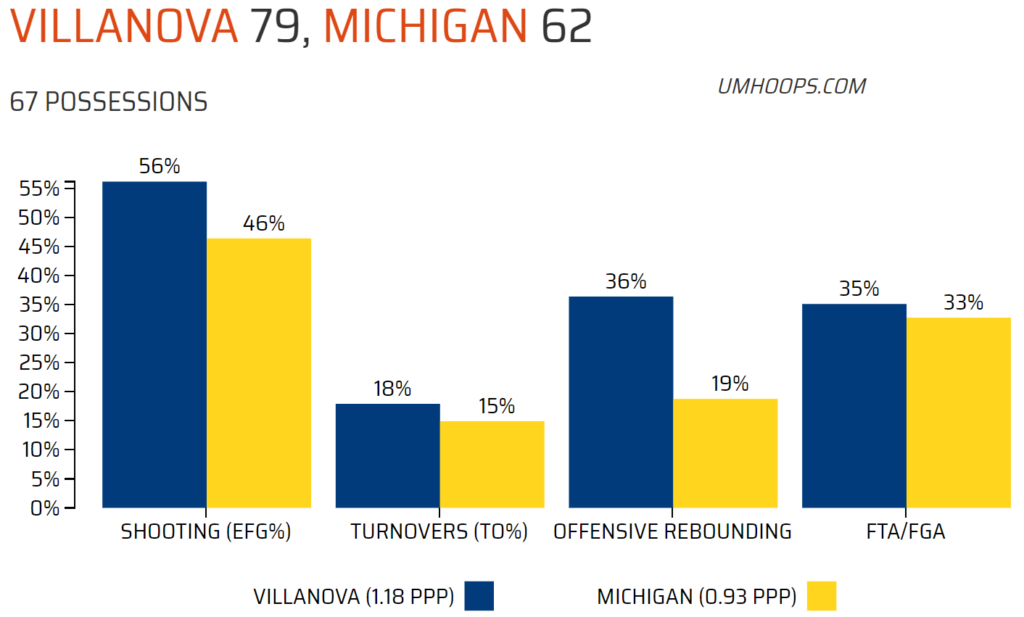 The majority of the negative blips on the radar this season came when Michigan’s offense short-circuited so it is no surprise that the season eventually ended when the offense couldn’t come up with any answers.

As the best defensive teams have done against Michigan, Villanova turned Michigan’s offense into an isolation challenge by using its versatility to switch screens on the perimeter. The Wolverines only recorded 6 assists on 24 made baskets as their guards were forced to drive and attempt to finish at the rim all night.

It wasn’t just the offense. Michigan’s defense had been good enough to carry it to wins in games where its offense couldn’t produce, but the defense couldn’t do it tonight. Villanova, specifically Donte DiVincenzo, was just too good. The Wildcats scored 1.18 points per possession which was tied for their second-worst offensive performance in the NCAA Tournament. (That Villanova offense sure is something.)

The Wildcats shot 57% on twos and 37% on threes and made 15-of-20 free throws. Villanova’s 27 3-point attempts were the most that Michigan allowed all season. Some were guarded, some were deep, but Michigan just couldn’t take that perimeter shot away completely from an offense this good. In trying to do so, the Wolverines left themselves exposed to Villanova on the inside with an array of backcuts and strong drives against closeouts.

Michigan also allowed Villanova to rebound 36% of its missed shots and convert 10 second chance points. Several of the rebounds were fluky, but they all felt backbreaking for a team that couldn’t force many first-shot misses to begin with.

At the end of the day, Michigan had the right gameplan but Villanova made the big plays and the big shots. Only 7 of Villanova’s 27 makes were assisted, but they had the better offensive players and better shot making.

This season was easily the best coaching job of John Beilein’s tenure in Ann Arbor. He took a team that appeared to be critically flawed in November and coached it to the final game of the season. Almost every player on the roster faced some roadblock in the middle of the season, only to work through it and play their best basketball down the stretch. The feeling is bittersweet tonight, but this season will long be remembered as a success — even if no one can ever figure out exactly why it all clicked. 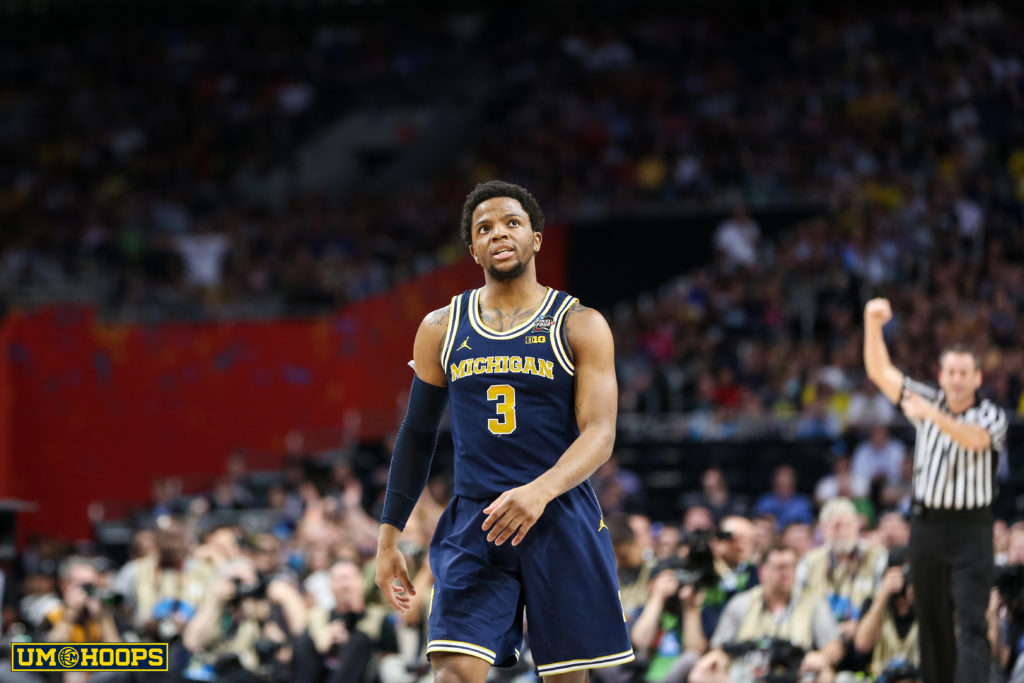 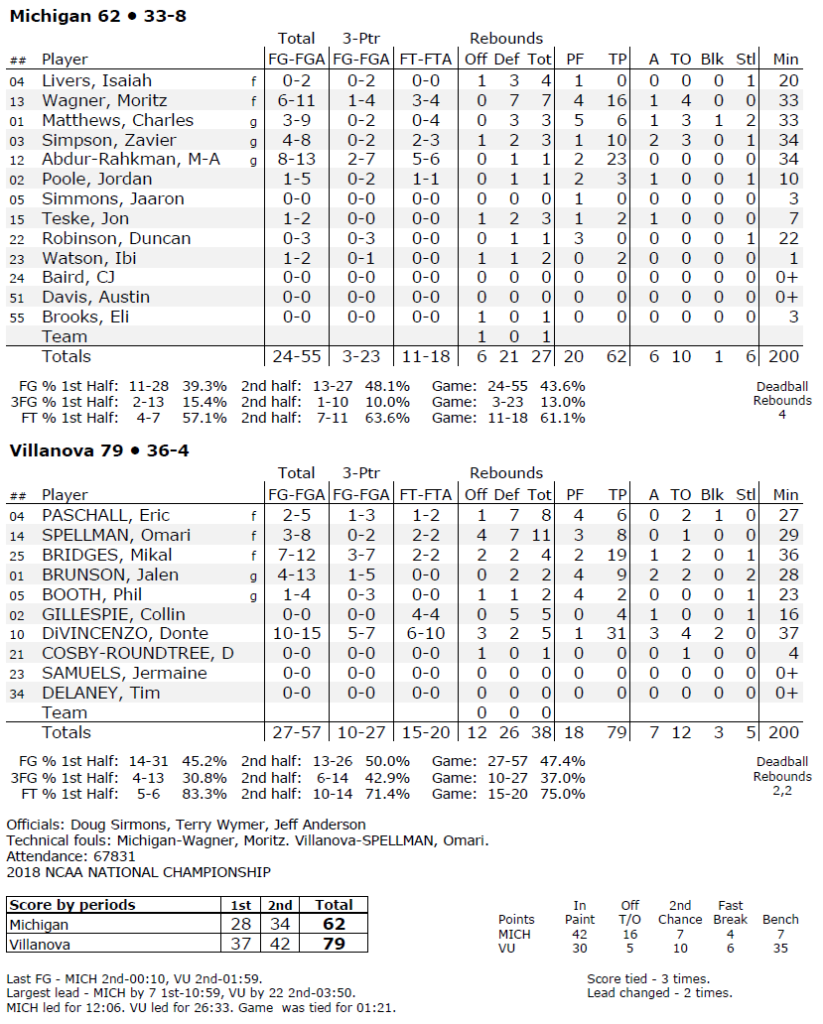