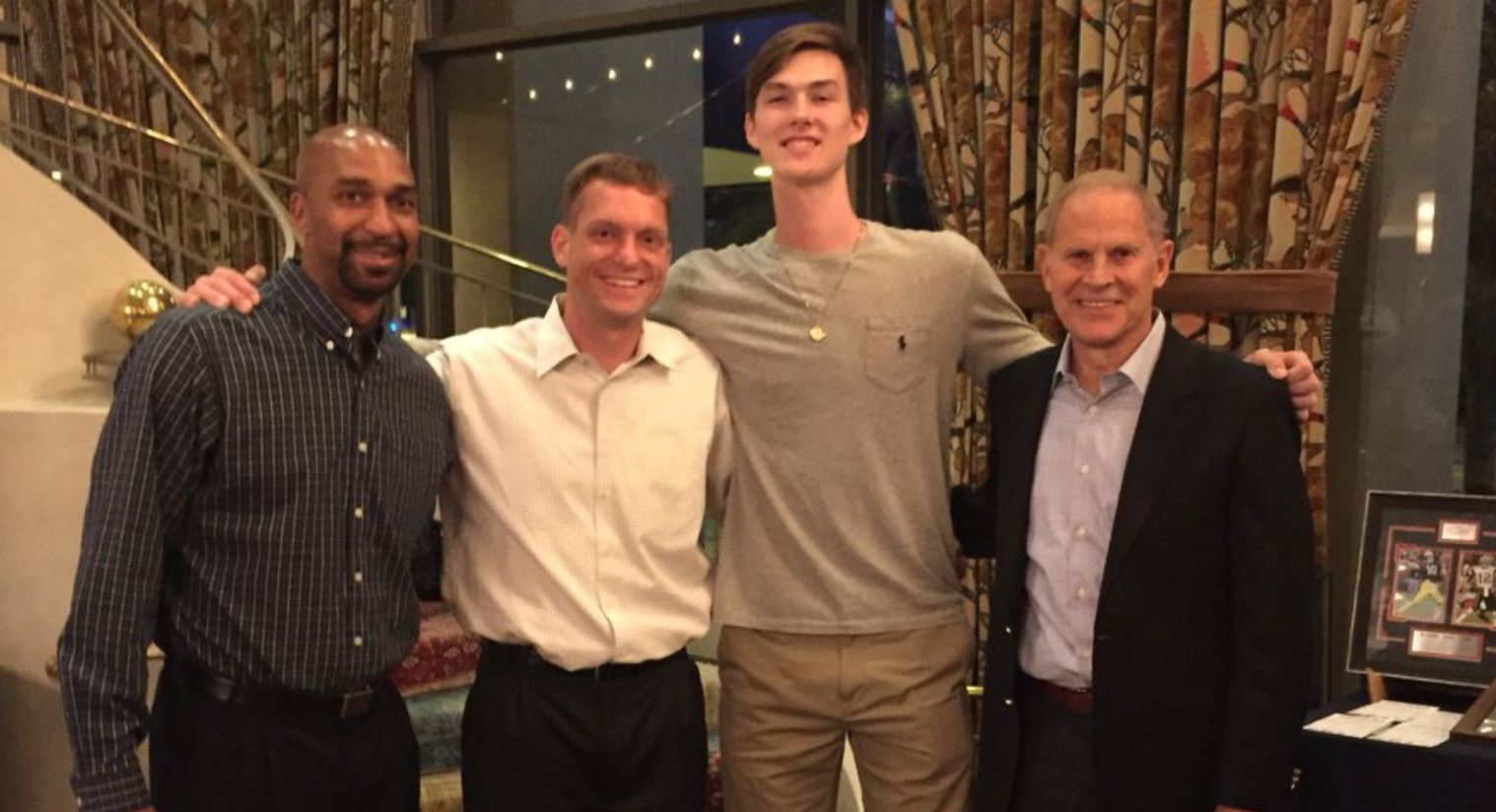 Colin Castleton didn’t expect to be here, and with good reason. His freshman year in high school, he got cut from varsity.

“I didn’t think he was ready for varsity,” said Eddie Miller, the coach at Father Lopez Catholic High School. “We were pretty good and he had — you know, I was like, he wasn’t used to what I expected from varsity players as far as effort and as far as busting it everyday.”

That’s not the half of it. Not only did Castleton’s attitude land him on the JV squad — it prevented him from playing the back end of the season altogether. He spent the latter half of that season academically ineligible.

Now a four-star center out of Daytona Beach, Fla., Castleton committed to Michigan last October. Scouting reports peg him as a mini-Moritz Wagner — a stretch-five with weight still to gain — and Castleton welcomes the comparison.

So do the Wolverines. On the visit to Ann Arbor preceding Castleton’s commitment, the coaching staff showed him film of himself and Wagner to demonstrate how they’d use him within John Beilein’s offense. Now, after Wagner’s departure to the NBA, Castleton figures to play a sizable role on a team that went to the Final Four last season.

Back then, a scholarship — let alone one to to a high-major program — wasn’t on the radar.

“I was just goofy freshman year,” Castleton said. “I was just — I mean, I was tall and stuff, but I had to work on a lot of things. So I just kept — I just worked on every single thing, I was in the gym, shooting, everything.”

Every day that summer, Castleton spent time taking an online course to make up credits. He also worked out twice a day, quickly making strides.

When Castleton went back to school next fall, he came with a renewed focus — on basketball and school alike. He made varsity and got better fast, attracting the attention of college programs by the time summer rolled around. A couple offers started trickling in. By the time his junior year ended, it had turned into a flood.

“Once I got the first few offers I still didn’t realize what it meant,” Castleton said. “And then once I started getting like 10, 15, I was like, ‘Wow, this is crazy.’ … I never thought I was gonna get those.”

Among those schools with an early interest in Castleton was Illinois State — an effort spearheaded by Luke Yaklich. The then-Redbirds assistant watched Castleton work out twice before his junior season started, then came to see him play that season. But once bigger programs started getting involved, Yaklich faded from the picture.

Some time later, Castleton was sitting in a car with a friend when a phone call from an unrecognized number popped up. It was a number from Michigan. Castleton didn’t know anyone from Michigan.

His first instinct was to disregard the call, because why pick up a random phone call from a random part of the country? Then again, why not?

“Colin!” exclaimed the voice on the other end of the line. “You know who this is?”

Yaklich had just taken a new job as an assistant on Beilein’s staff. Castleton was the first kid he called.

“That meant a lot to me,” Castleton said. “So that’s why people thought Michigan — I picked Michigan so fast, but it was more than that. I already knew (Yaklich) as a person, everything like that. So it was just getting to know everybody else. Cause I already knew him and what he brought to the table.”

When Castleton visited, he hit it off with Wagner, who told Castleton what the Wolverines would expect of him should he commit, and eased any concerns Castleton’s parents might have had about the academic side of things. Castleton committed soon after, handing Michigan another piece to work with at its biggest positional question mark heading into the 2018-19 season.

In late-June, Castleton will head to Ann Arbor. He’s spending the time in-between working out with Miller, on the court and in the weight room. Currently 220 pounds, Castleton wants to be at 225 by the time he gets there. Like Wagner, gaining more weight will undoubtedly be a focus throughout his first couple seasons in college.

Barring some sort of injury or anomaly, Castleton will likely come off the bench. The starting job is Jon Teske’s to lose. But Austin Davis barely saw serious game action last year, and it’s more than conceivable that Castleton could push him on the depth chart.

A few years ago, all this would have been a laughable suggestion. Playing college ball? Castleton just wanted to get eligible and make varsity. He understands what went into this turn of events — and carries it with him.

“With one snap of a finger, one wrong choice or one wrong thing you do, everything can just be gone,” Castleton said. “So you really have to focus. Even in college, it’s worse because like, high school, your teachers can give you some leeway and help you out in some things. But in college if you do one thing, like you’re done. You’re not gonna have a second chance or something.”