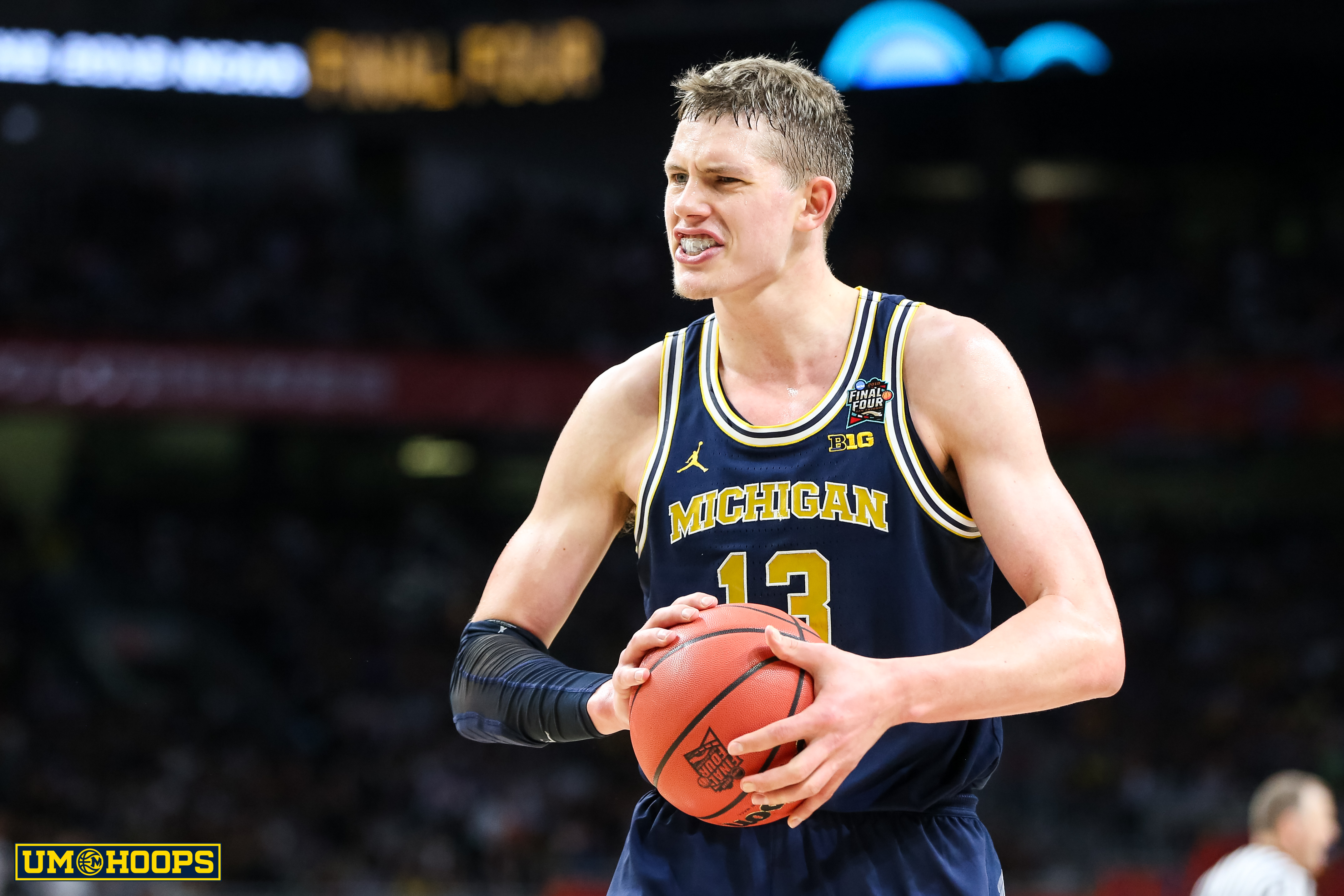 The NBA Draft Combine tips off this week in Chicago at Quest Multisport.

The NBA Draft Combine tips off this week in Chicago at Quest Multisport.

Agility drills, testing and five-on-five action will air live on ESPN 2 on Thursday and Friday from 3-7 p.m. ET.

Charles Matthews has yet to be invited to the NBA Draft Combine, but Moritz Wagner will be in attendance. Wagner won’t participate in five-on-five action this year, but he’ll do interviews and testing in Chicago.

A recent mock draft from Jonathan Givony of ESPN pegs Wagner as a late first round pick to the Brooklyn Nets at No. 29.

The Nets don’t have much in the way of shooting in the frontcourt and aren’t really committed to any 4s or 5s long term besides promising rookie Jarrett Allen and the dead-weight contract of Timofey Mozgov.

Wagner brings floor spacing and a high-energy style of play. He was one of the breakout players of March, leading Michigan to a Big Ten title and a surprise run to the NCAA championship game.

Wagner has been training in Los Angeles and recently announced that he had signed to ROC Nation for representation.

“I’m not as new to it,” Wagner said. “But it is stressful. It’s not a lot of basketball. It’s more about the stuff around basketball. The interviews are fine, I like that, but the medical stuff and all that stuff is annoying.”

He has been in Venice, California, training for the draft.

“I love Venice,” he said. “That’s my favorite spot here because the crowd is so diverse and low-maintenance like where I’m from (Berlin, Germany). That’s why I appreciate that a lot.”

Wagner was in Chicago for a workout ahead of the combine with Draft Express in attendance.

Michigan star big man Moritz Wagner stroking 3s here in Chicago. One of the draft’s better stretch bigs at 6-11. Always impressed with his motor and enthusiasm for the game. pic.twitter.com/BZg1KbOhGZ

What’s next for Charles Matthews?

Charles Matthews didn’t pick up a combine invite, but John Beilein isn’t closing the door on the 6-foot-6 wing guard getting a late invite as a replacement (given the added benefit of him already being in Chicago).

“He’s had some tryouts and he’ll have some more. I’m encouraging him to do all of those so that he can make an educated decision,” Beilein told MLive at the Big Ten meetings in Chicago. “Who knows? He’s right here in Chicago and if some people decide not to go (to the combine), maybe he’d be sent. I’m all for him going. The more education he can get, the better.”

Matthews has until 10 days after the end of the NBA Draft Combine to decide whether he wants to return to school or stay in the NBA Draft. Expect NBA teams to start ramping up their workouts once the draft lottery is complete and the combine is in the books, giving him a chance to perform in front of several teams before the deadline.

Among league players testing the waters, only Huerter and Fernarndo were invited. Others like Nick Ward, Carsen Edwards, Juwan Morgan and Ethan Happ didn’t receive invites and will be following a similar script to Charles Matthews, working out for individual teams before making their decisions at the end of May.

Decisions from Huerter, Ward, Matthews, Edwards, Morgan and Happ should set the tone for the league in 2018-19. The fact that many of the Big Ten’s stars couldn’t earn an invite to the combine is a reminder that the league is heavy on college-quality, but might be short on top-flight pro potential.

“We’ve been looking at a graduate transfer,” Beilein said. “The (regular) transfer thing is real but that can take away one from ’19, and you know, Charles could come back.

“So, welcome to our world. Every (coach) up there is juggling the same basketballs right now.”