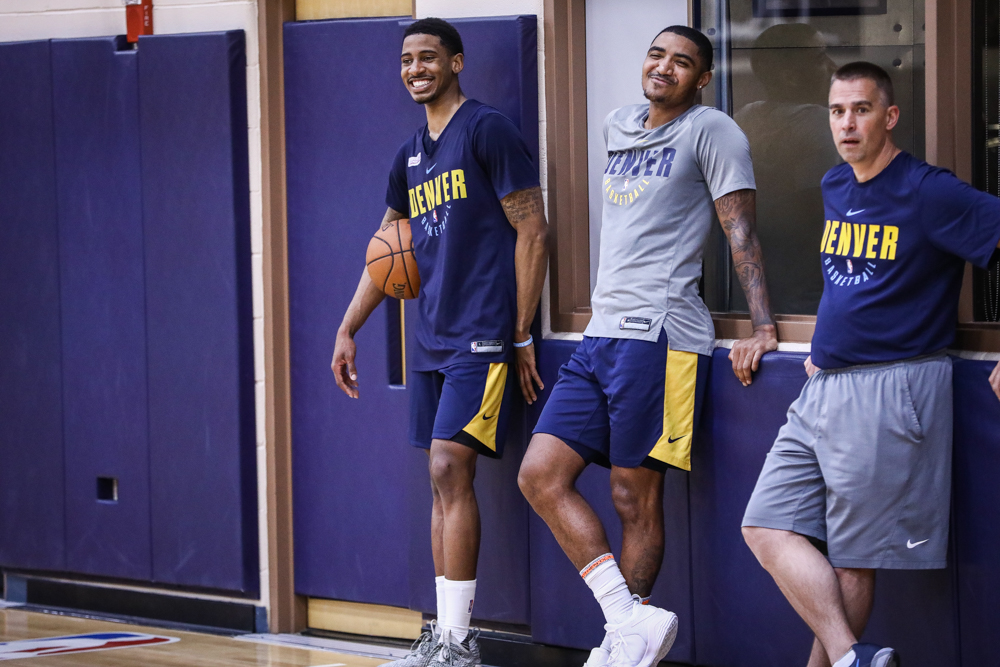 Charles Matthews worked out for the Denver Nuggets today as he continued his process of testing the NBA Draft waters.

Charles Matthews worked out for the Denver Nuggets today as he continued his process of testing the NBA Draft waters.

Matthews has until May 30th to decide whether he’ll return to Michigan on remain in the NBA Draft. Matthews wasn’t invited to the NBA Draft Combine and is not projected in the ESPN’s latest mock draft.

He discussed the evaluation process with reporters after the workout.

On his relationship with Gary Harris: “Michigan State recruited me out of high school so it was good to see him. (We’ve stayed in touch) through social media, but I haven’t seen him face-to-face in a while.

On any advice that Gary Harris gave him: “Really just make the best decision for my family and myself and be all in with whatever I choose to do.”

On what he hopes to gain from the process:  “Really just trying to wear all my options out. Basically go through all of the workouts that I have scheduled and just reconcile with my family and do what we feel is best.

On the feedback from workouts: “It has been really good, especially if I do come back to school. Get some good experience to know what this process is like. If I choose to stay in, raise my confidence overall.”

On the postseason run: “It was a surreal feeling. That’s a once in a lifetime opportunity. No we didn’t win the championship, but just making it that far to the big stage we were blessed to be there. That’s when I felt ready to make that jump, just going through the whole tournament and making it that far.”

Video and photo via Nuggets.