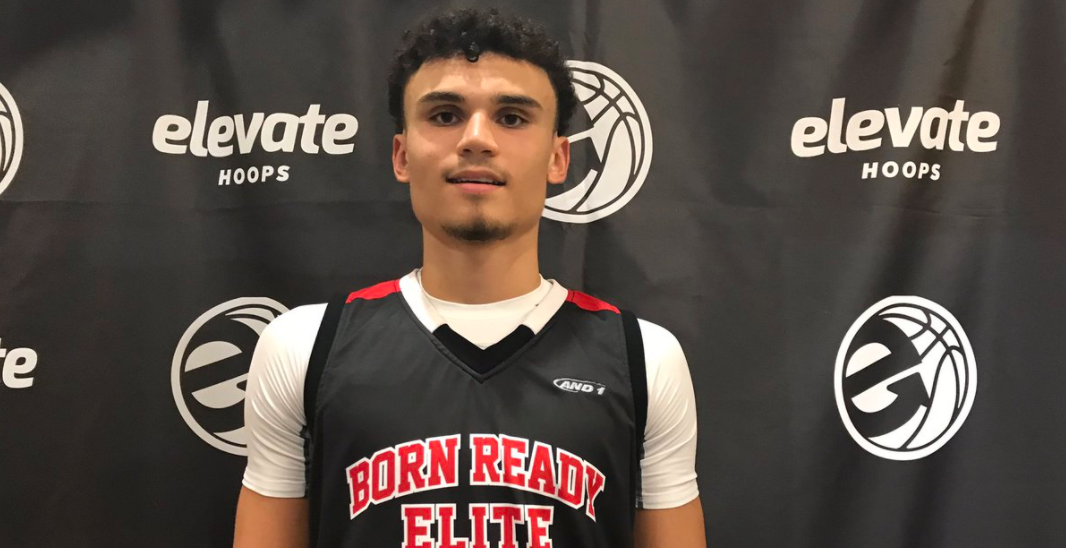 Two weeks ago, before a hailstorm of John Beilein rumors hit and passed over Ann Arbor, Adrien Nunez was asked about why he came to Michigan. He started recounting his visit, taken in the last weekend of September.

Nunez, a three-star wing in the Wolverines’ 2018 recruiting class, showed up 20 minutes early that day due to a misunderstanding. He ran into Moritz Wagner, started talking about Ann Arbor, Wagner’s NBA flirtation, how an unknown German commodity ended up starring for Michigan. They hit it off.

And once everyone else showed up for the tour, Nunez got to talking with Duncan Robinson.

“He took me to the side, he was explaining the whole thing at Michigan and how he really likes my game and how it fits the whole system,” Nunez recalled. “Duncan had actually watched a bunch of my videos on YouTube and it was like, you could just tell how engulfed these guys were in the whole Michigan basketball program.”

Nunez had gone through other tours during a rapid-fire recruitment process that took off after the summer going into his senior year. But he hadn’t seen anything like this.

Wagner, in all likelihood at that point, would be in the NBA by the time Nunez stepped foot on campus heading into the 2018-2019 season. Robinson, a then-senior, would have graduated. Still, both made sure he felt a part of the team.

“(At other schools) it was just kind of like, they were the older ones, I was the new freshman,” Nunez said. “You know what I mean? Like, as soon as I went to Michigan, it was like I was an equal. They were just bringing me around as if I was already going to the school.”

This was John Beilein’s culture in a nutshell, his own disposition translated to the rest of the team, and Nunez is Beilein’s type of player — a shooter, and a damn good one.

Nunez, who started playing basketball relatively late, honed that shot by working out hours before class. Stuck behind Cincinnati’s Keith Williams in the rotation, he didn’t get much playing time at Bishop Loughlin in Brooklyn, but kept going early nonetheless.

“I wasn’t really frustrated but I was just angry at myself,” Nunez said. “I thought I wasn’t doing what I had to do. Like you know, cause in my head, if you put in the work, you’re gonna get results. So I said, I obviously wasn’t putting in enough work.”

Before the summer going into his prep year — which he spent at St. Thomas More — Nunez didn’t have a Division I offer. But starting with a July Hoop Group camp, they started to roll in. And they got better throughout the summer. Nunez, whose grades are top-notch, thought he would end up at an Ivy League school. Then, playing his last game in a Las Vegas tournament, Nunez lit up a RM5 Elite team featuring then-Michigan target Tyrese Maxey, with assistant coach Saddi Washington in attendance.

“By the time … we got to the car that day, Texas A&M came in, and by the time I got home — we got home — I think Butler also offered Adrien,” Martin, his father, recalled.

Washington also called Nunez after the game, kicking off a rapid-fire Michigan courtship. As Nunez went on a torrent of unofficial visits to cap his summer, Washington was keeping in touch, eventually coming to see him in open gyms at St. Thomas More. Fellow assistant DeAndre Haynes soon followed, then it was Beilein’s turn.

That brings us back to the visit where, in addition to a tour, Nunez received an offer and accepted.

In a five-man recruiting class that ranks 11th in the country, Nunez, the lone three-star by 247Sports’ composite score, flies under the radar. He can stroke it, but if not for a lack of wing depth, the word redshirt would probably be flying around him right now.

Still, Nunez is ready-made to play for Beilein, not just as a shooter, but as a character. His grades were good enough to go to an Ivy, his work ethic draws rave reviews from everyone around him, he won’t bristle at a lack of playing time.

“He’s a systems kid,” Martin said. “He understands the system and 1+1 means 2. Not 5 tomorrow, you know, it means just 2. And I think that kind of mind and that kind of training that Beilein will give him will be an amazing experience for him to be.”