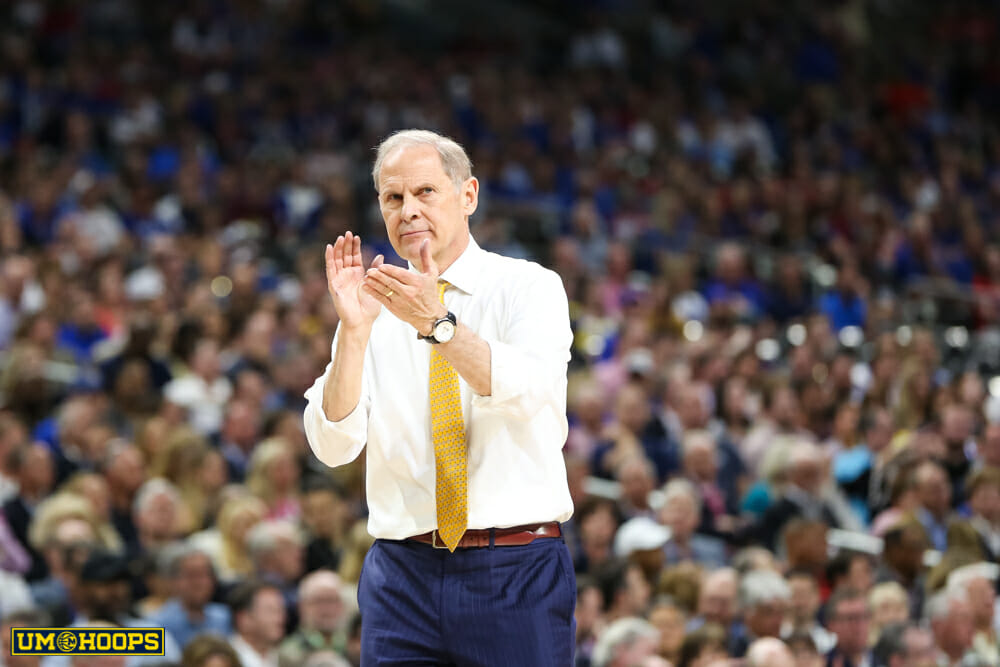 The Wolverine head coach has reached an agreement with the University of Michigan for a contract extension through the 2022-23 season, the school announced today. Beilein’s deal extends one additional year and repeats each year until Michigan or Beilein has given proper notice that renewal will not be exercised.

“I am thrilled to ensure John’s leadership of our basketball program today and into the future,” Director of Athletics Warde Manuel said in a statement. “I am very pleased with our shared dialog throughout the process, and I am extremely happy that one of the game’s great coaches is representing the University of Michigan.”

Beilein had flirted with the Detroit Pistons’ coaching vacancy this offseason but the extension signals his intent to remain in Ann Arbor.

“I am grateful for the opportunity the University of Michigan has given to me over the past 11 years,” said Beilein in a statement. “Kathleen and I love Ann Arbor, our University, our fans and the state of Michigan. We will continue to work very hard in the future to have our basketball team reflect the greatness of this University. I thank Mark Schlissel and Warde Manuel for their faith and commitment to our coaching staff and basketball program. The future of men’s basketball is bright and I am excited to be a part of it.”

Beilein is entering his 12th season at Michigan and is the program’s all-time leader in wins at 248. He’s taken Michigan to eight NCAA Tournaments, four Sweet 16s, three Elite Eights and two Final Fours.  The Wolverines have also produced nine NBA Draft selections (seven in the first round) under Beilein’s tutelage.