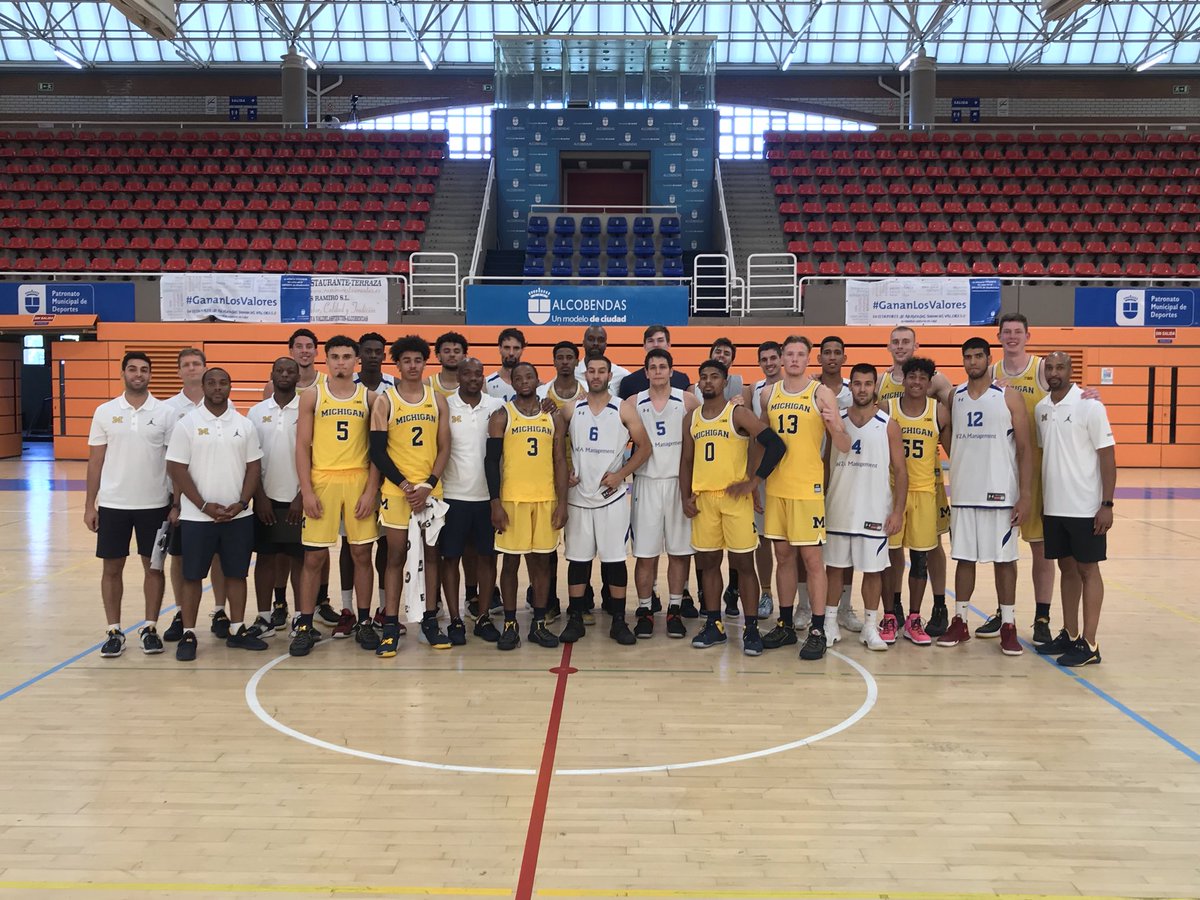 Michigan knocked off the Madrid Generals, 82-72, in the first game of its exhibition tour on Monday.

NON-SUBSCRIBERS: Sign up today with the promo code SPAIN and get a full year of access for less than $3/month.

The Wolverines spent their first two days in Spain bouncing around Madrid including a trip to the Royal Palace, a Real Madrid soccer game and an excursion to Toledo, Spain. They took the court on Monday against the Madrid Generals, a team of unsigned professionals from the local area.

Michigan’s starting lineup featured Zavier Simpson, Jordan Poole, Charles Matthews, Isaiah Livers and Jon Teske. The Wolverines got off to a slow start, trailing 8-2 out of the gate and entered halftime tied at 39.

Michigan experimented with a small ball lineup and played two point guards at the same time and every player who dressed saw game action.

The Wolverines took control of the game in the third quarter, outscoring the Generals 23-12. Madrid mounted a late comeback, cutting the lead to 5 points with 3:59 to play, but Michigan held on thanks to some timely plays by Charles Matthews and Ignas Brazdeikis.

Freshman wing Ignas Brazdeikis finished with a team-high 17 points including a personal 6-point spurt in the second quarter. Charles Matthews (13), Austin Davis (12) and Jordan Poole (12) also finished in double digits while Brandon Johns and Eli Brooks both chipped in 8 points.

Michigan has two games left on its Spanish tour and both will be played outside of Barcelona. The first will be against Serbian professional outlet KK Mega Bemax (Thursday) and the second against Jovenut Badalona (Saturday), a top-flight Spanish ACB side.