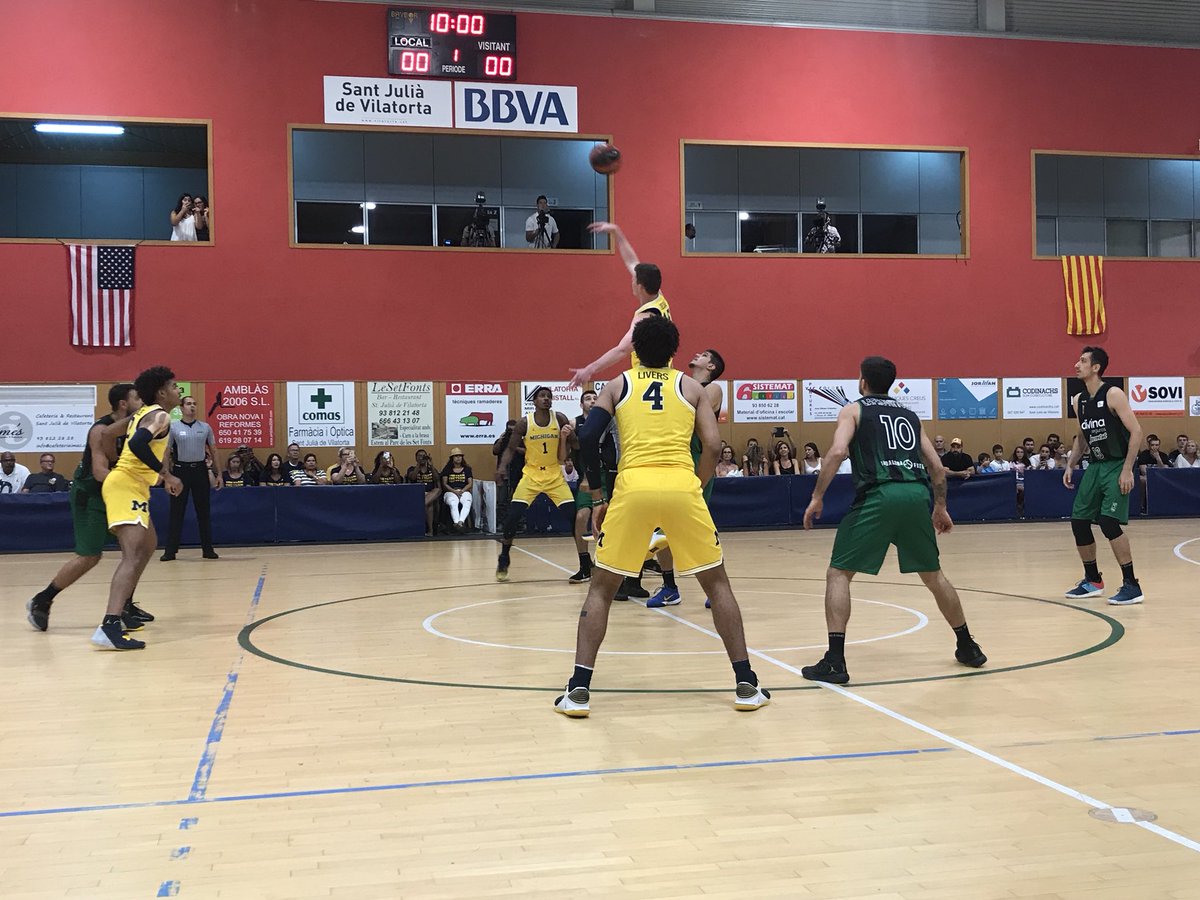 Michigan’s trip to Spain will end with a defeat. The Wolverines lost their final exhibition contest to Jovenut Badalona by a final score of 85-79.

Joventut plays in the Spanish ACB league which is widely regarded as one of the top domestic leagues in international basketball. Former Purdue Boilermaker Dakota Mathias was one of Joventut’s notable signings this summer. Former Baylor star Quincy Miller is also expected to star for Joventut this season but was not yet with the team.

The Wolverines finished their tour of Spain with a 1-2 record, knocking off the Madrid Generals and losing to KK Mega Bemax and Joventut Badalona.

Michigan was led by Ignas Brazdeikis and Isaiah Livers, who both finished with 15 points, per The Athletic’s Brendan Quinn. Charles Matthews (14) and Austin Davis (12) also finished in double figures.

Joventut took control of the game in the third quarter, outscoring Michigan 21-17 to extend the lead to seven, and then pulled away by double digits in the fourth quarter. The Wolverines battled back late but eventually suffered a 85-79 defeat.

This was the third and final game of Michigan’s tour of Spain and the Wolverines will fly back to the United States on Sunday morning. Practices for the regular season will start in September.

Stay tuned to UM Hoops for additional coverage in the hours and days to come.