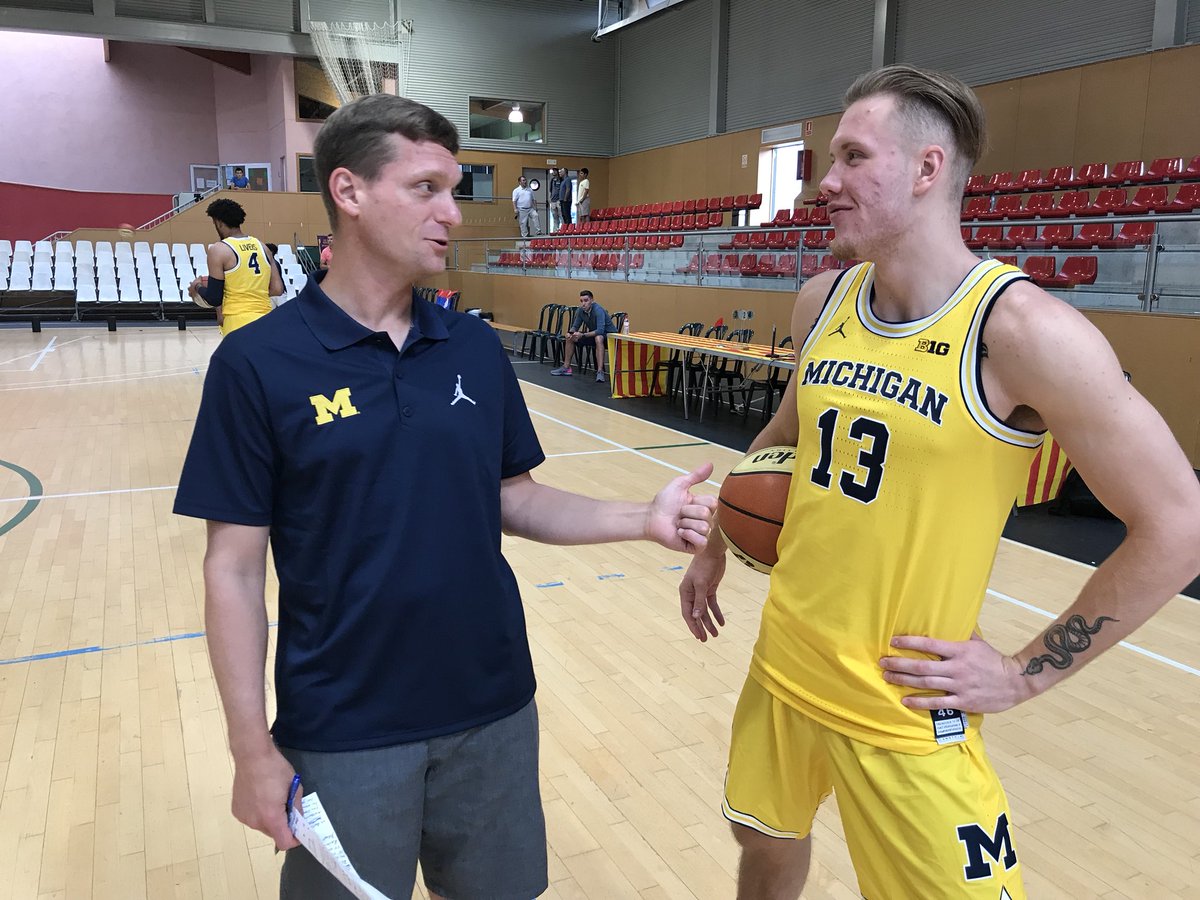 Northwestern will look to a graduate transfer from Evansville as it looks to replace its two highest-usage players from a season ago, Bryant McIntosh and Scottie Lindsey. Taylor should have no problem absorbing those empty possessions. The 6-foot-6 graduate student led Division I last year by attempting 40.7 percent of Evansville’s shots while he was on the floor last year. It remains to be seen how Taylor’s game will translate from the Missouri Valley to the Big Ten, but he made 42.4 percent of his 3s last season and should be a useful weapon for a re-tooling Northwestern squad.

Freshmen and transfers are the most difficult to place on our list each year, but given the fact that Big Ten typically only lands a few McDonald’s All-Americans annually, Smith claimed one of the final spots. Along with Romeo Langford, Smith is one of just two incoming Big Ten players to rank in the top 20 of the final RSCI rankings for the class of 2018. Acquiring talent hasn’t been an issue for Mark Turgeon in recent years and the 6-foot-10 Smith is likely to slide right into the Maryland starting lineup next to sophomore Bruno Fernando. A two-time Baltimore Catholic League player of the year out of Mount St. Joseph High School, Smith’s length and versatility should make him an instant impact player in College Park.

One of the oldest players in the Big Ten – he turned 23 in June – Copeland is coming off of a very productive season in Lincoln. He was third in Big Ten games in 3-point shooting percentage (42.9) and also shot 55 percent on 2s in league play. As a senior, Tim Miles will count on Copeland to anchor his frontcourt and continue to function as a capable second scoring option behind James Palmer Jr. With its top four scorers all returning from a team that won 11 Big Ten games last season, expectations are high in Lincoln and Copeland is a major reason that Husker fans should be optimistic.

Canadian freshman Ignas Brazdeikis came off the bench to lead Michigan in scoring during its three-game tour of Spain in August. Brazdeikis is wired to score and uses his college-ready frame — 6-foot-7, 215 pounds — to get downhill and attack the basket. He’ll have significant opportunity as Michigan head coach John Beilein looks to replace Moritz Wagner, Muhammad-Ali Abdur-Rahkman and Duncan Robinson in his rotation. Brazdeikis also provides positional versatility for the Wolverines with the ability to play the two, three or four position in Michigan’s offense.

Frazier is one of the most promising young guards in the conference. His eye-opening performances against Wisconsin (32 points) and Iowa (27 points) earned him a spot on the league’s All-Freshman team. Frazier is effective as a ball screen playmaker and he could benefit exponentially if his teammates shoot the 3-point shot at a more effective rate. As a sophomore, Frazier will look to improve his own efficiency – he made just 46 percent of 2s last season  – and lead a turnaround in Brand Underwood’s second season.