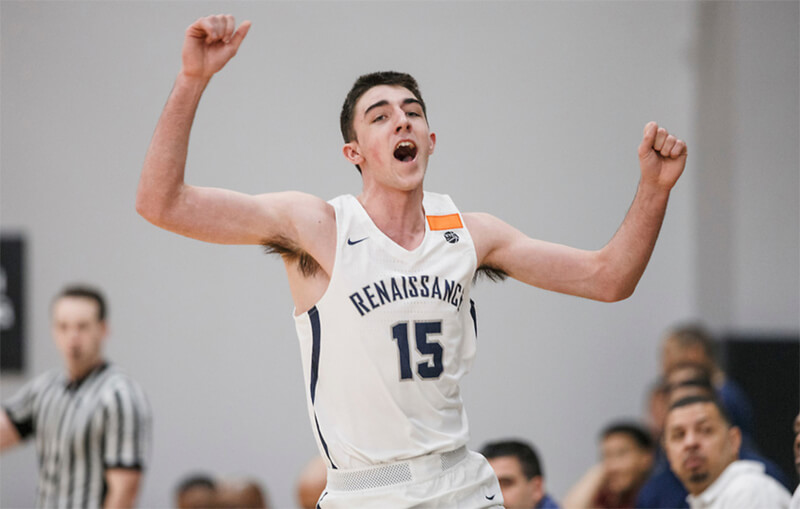 Morton is a four-star prospect who is ranked 54th nationally according to the 247 Sports’ composite rankings.

Grateful to have received an offer from Michigan pic.twitter.com/Zw2HDGAqHG

The Butler, PA native also holds offers from Indiana, Stanford, Marquette, Northwestern, Ohio State, Pitt, Creighton, Iowa, Oregon, Vanderbilt, Virginia, West Virginia and Wisconsin. Morton is a 6-foot-6 guard with good length and a versatile skill set and should be among the most coveted 2020 guards in the Midwest.

“Obviously they’ve had success with some bigger guards and just versatile players that can play multiple positions,” Morton said about Michigan in July. “And you know, the coaching staff (has) a lot of basketball knowledge, starting with Coach Beilein and obviously he’s very experienced and had a lot of success coaching the university. I mean, there’s just so much support for Michigan. The game we were at I mean, it was filled up, every time they have people come out and support really well for them. There’s so many things I like about it.”

For our subscribers, here’s a video of Morton in action while playing up a grade on the Nike EYBL circuit this summer.

Zeb Jackson to announce on Tuesday

Michigan also has an outstanding class of 2020 offer to four-star guard Zeb Jackson. After receiving a Michigan offer a month ago, Jackson is set to announce his college decision on Tuesday.

2020 four-star Zeb Jackson will announce his college decision on Tuesday, he tells Stockrisers.

Jackson is a top-50 prospect.

Jackson was scheduled to visit Butler officially this weekend, but reports are that the visit might hvae been canceled.

If you missed it, make sure to check out our full breakdown of Jackson’s game and fit in Michigan’s system from last month.