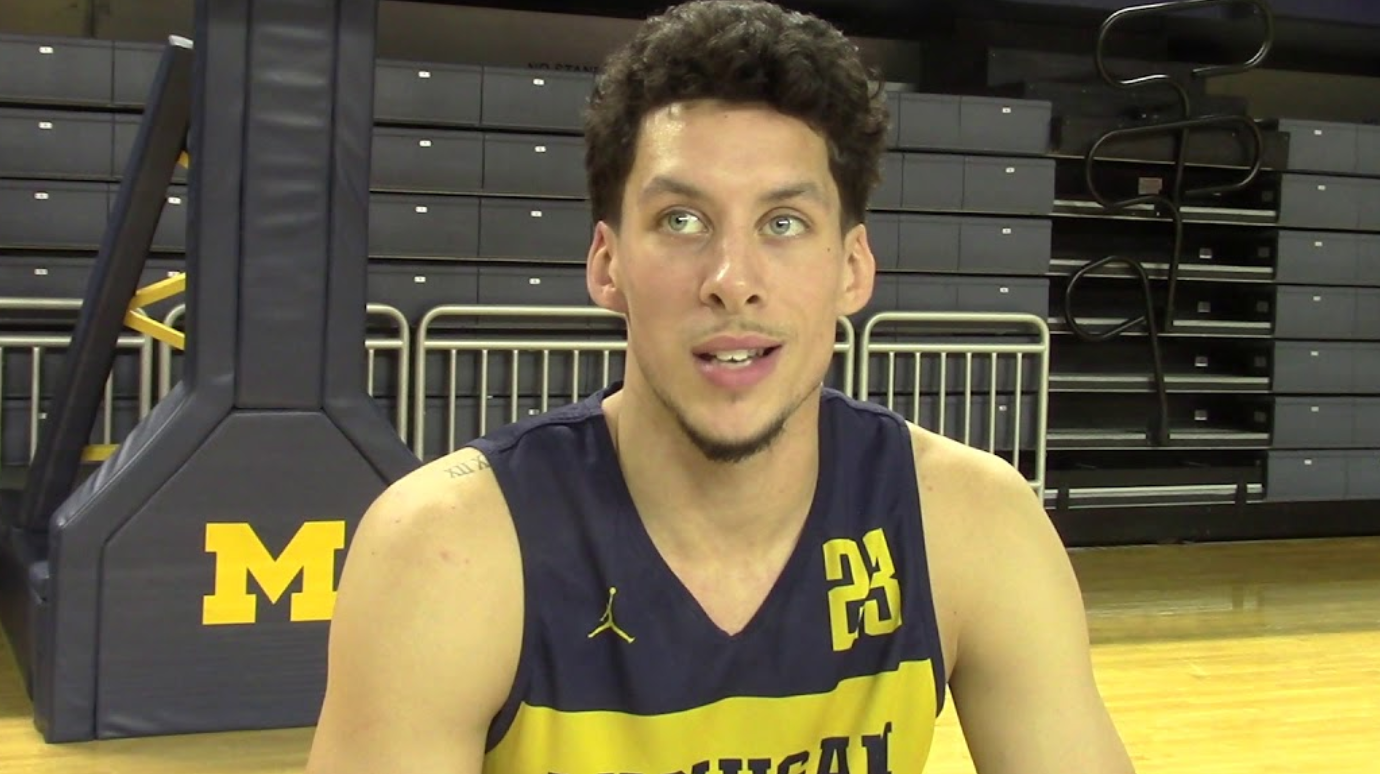 When assistant coach Saddi Washington thinks about freshman forward Brandon Johns, memories of a Michigan player from the not so distant past come to his mind too.

Johns, by all means, is a prototypical, jack-of-all-trades stretch four — the 6-8 forward can run the floor and step out and hit catch-and-shoot three-pointers. But more than anything, Johns brings eye-popping, albeit unrefined athleticism to a Wolverines team that often lacked that down low last year.

“He has a lot of DJ Wilson characteristics,” Washington said, comparing Johns to the former Michigan forward and 17th pick in the 2017 NBA Draft. “Just that he’s a big, strong, athletic kid and he’s still growing in his game, and just embracing the physicality of the game.”

Haven’t subscribed yet? Join the community at UM Hoops today and get access to exclusive content all season long. Sign up with the promo code PRESEASON to get an annual membership for less than $3/month.

Seemingly, there’s a checklist for the classic John Beilein four. Like his teammates and predecessors, Johns will be relied upon to provide energy, be an adequate screener, hit the corner three, be mobile enough to contest perimeter shots and hold his own positionally in the post.

At 225 pounds, Johns has a lot of time in the weight room ahead of him if he’s going to be able to hold his own against the likes of Indiana’s Juwan Morgan and Minnesota’s Jordan Murphy. He’ll also have to fight off last year’s starter in sophomore Isaiah Livers, and a more fluid yet even stronger freshman in Ignas Brazdeikis for time at the four spot.

“I think I bring athleticism and power to that position,” Johns said. “Isaiah brings a lot of that and Iggy does too but I think we can all collaborate and really bring a dominant power forward position [to Michigan].”

With Livers back in the fold after nursing an ankle injury, and Brazdeikis flashing and spending much of practice running with the starters in practice, Johns has a long way to go before carving a significant role in Beilein’s rotation. Johns also mentioned though, that Beilein has played him at center in small-ball lineups when center Jon Teske rests.

More than anything else, that lineup flexibility could be key to unlocking Michigan’s ceiling 2018-19. The Wolverines hope that Teske can space the floor at times, but Johns is the best chance for Michigan to run a true five-out offense as it did with Moritz Wagner last season.

It will take him time to learn Beilein’s offensive sets, and adjust to defending faster, quicker players. Eliminating that “tape delay” to start reading and reacting to the game rather than thinking about his next move will be the key to reaching his potential as a freshman. It is tough for any freshman to adjust to Division I college basketball, but learning Beilein’s offense and Luke Yaklich’s defense is an honors-level assignment.

“The sky is the limit,” Washington said. “I think that’s the beauty of what he brings to the table because physically he is gifted in that standpoint, but like any freshman, they don’t know what they don’t know. Things that came easy and natural to them, when you step up another level it gets a little bit more challenging.”

The path to playing time for a freshman in the frontcourt can be difficult. Moritz Wagner flashed moments of brilliance in the first month of his career, but never played regular minutes as a freshman. It took two months for Isaiah Liver sand two years for DJ Wilson to crack the rotation.

Johns has the athleticism — and profile — to be next. The only question is when.