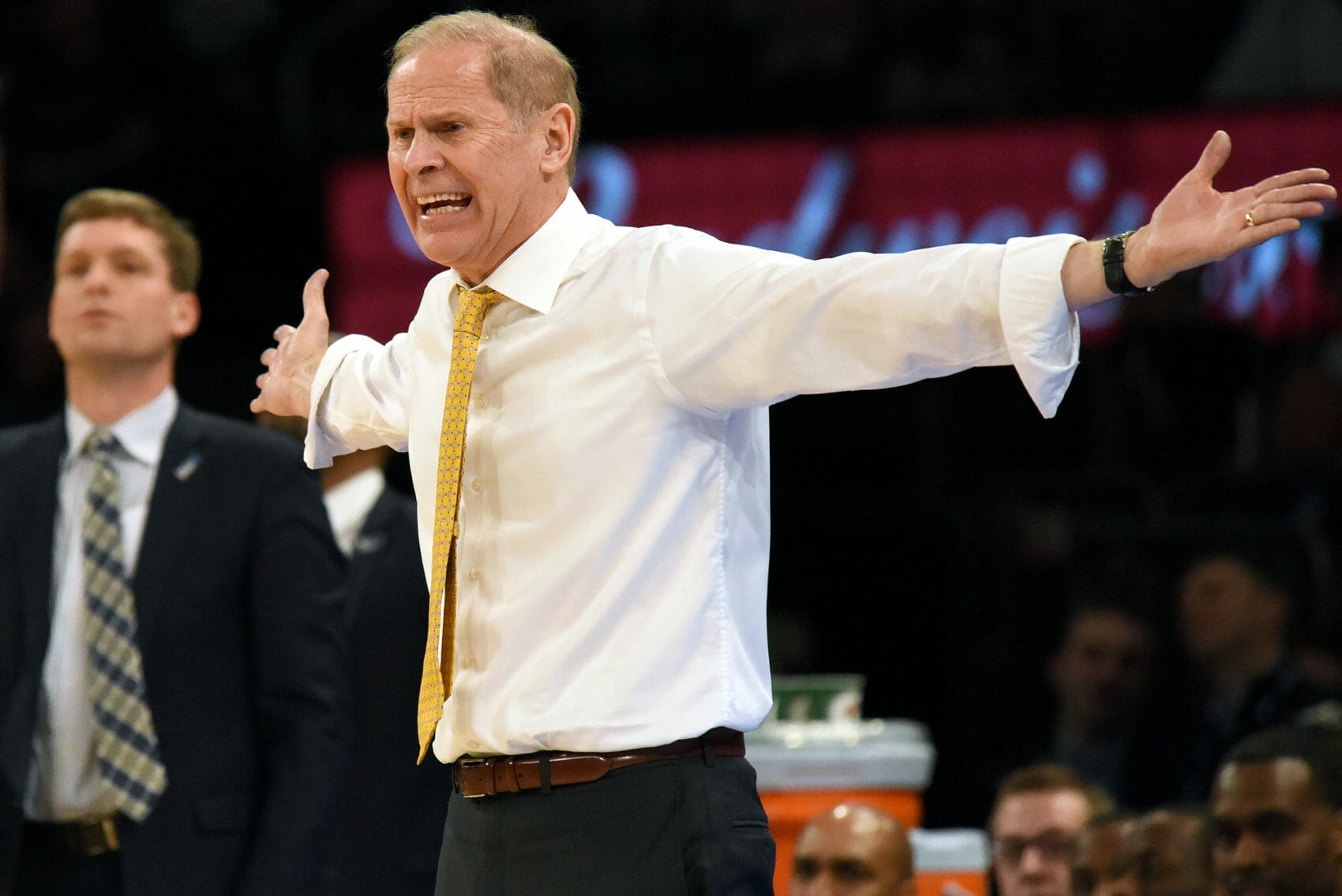 John Beilein was not pleased with Michigan’s defense, or lack thereof, at Monday night’s “Selfie Night” open practice and scrimmage.

He went as far as to call it the “selfie night defensive massacre.”

“It was 20 minutes of no defense, and that was the disappointing part of the selfie night, the first time we went in front of a crowd,” Beilein said.

STATE OF THE BLOG: November is our State of the Blog Pledge Drive. If you haven’t joined UM Hoops, now is the time. For just $2.67 per month, you get access to all our members-only content, videos and analysis throughout the season. Join today with promo code SOTB.

In contrast to Monday’s performance, in Saturday’s closed scrimmage against Toledo, Beilein was pleased with what his team showed on the defensive end of the floor.

“I liked that we seemed to have some intensity on defense,” Beilein said. “I liked the growth that I saw defensively in (Jordan Poole) and Isaiah Livers, Jon Teske. Guys that you see for flashes, but it was usually for every good flash, there’s a mistake. They were pretty good.”

With Northwood visiting for an exhibition game on Friday night, Beilein hopes that the second time in front of a crowd, his team will demonstrate its ability to play defense.

The Wolverines have a quintet of freshmen this year, and there is a chance for several to contribute. Canadian wing Ignas Brazdeikis is expected to play the largest role among Michigan’s newcomers, but two other freshmen have had a solid week in practice.

Beilein pointed to guard David DeJulius as one freshman who’s shown “real flashes” of what his ability will be, especially after a performance his coach called “outstanding” in a scrimmage in practice the day after the scrimmage against Toledo.

“He’s trending in the right direction, don’t want to make any predictions yet, but he’ll get in the first half tomorrow,” Beilein said. “We’ll just see how it goes. … David can give us some things that’ll really help us this year.”

Forward Brandon Johns is progressing much like DeJulius — that is, still learning Michigan’s system, but showing flashes of his abilities.

“He’s got another level of athleticism and speed that he’s not using, and when he uses it, watch out,” Beilein said. “Brandon’s making good strides. He’s at some positions right now where we’ve got some depth, so he’s gotta work hard to get in the lineup, but that’s the whole idea. We gotta get him ready. He can be in our 9-man rotation if he keeps working.”

Chris Webber is expected back on Michigan’s campus this weekend after Jim Harbaugh named him an honorary captain for the football team’s game against Penn State.

This will be Webber’s first public appearance since his 10-year dissociation clause ended in 2013. Will there be any interaction between Webber and the basketball program? John Beilein hopes so.

“We hope we can get together this weekend,” Beilein said. “It would be great. … The whole idea is we’re one great big family, let’s get everyone connected again.”

Center Jon Teske said he hit “a couple” three-pointers in the scrimmage against Toledo and has been given the green light to shoot threes when he sees an opportunity. With the Wolverines needing to replace Moe Wagner at the 5, Teske’s newfound perimeter shooting may be helpful.

Beilein is expecting Poole to play good defense this Saturday and take care of the basketball, but commented that Poole is working through one bad habit: he likes to shoot from where the NBA three-point line would be, rather than the college line. “His GPS is off a little bit when it comes to that,” Beilein said.