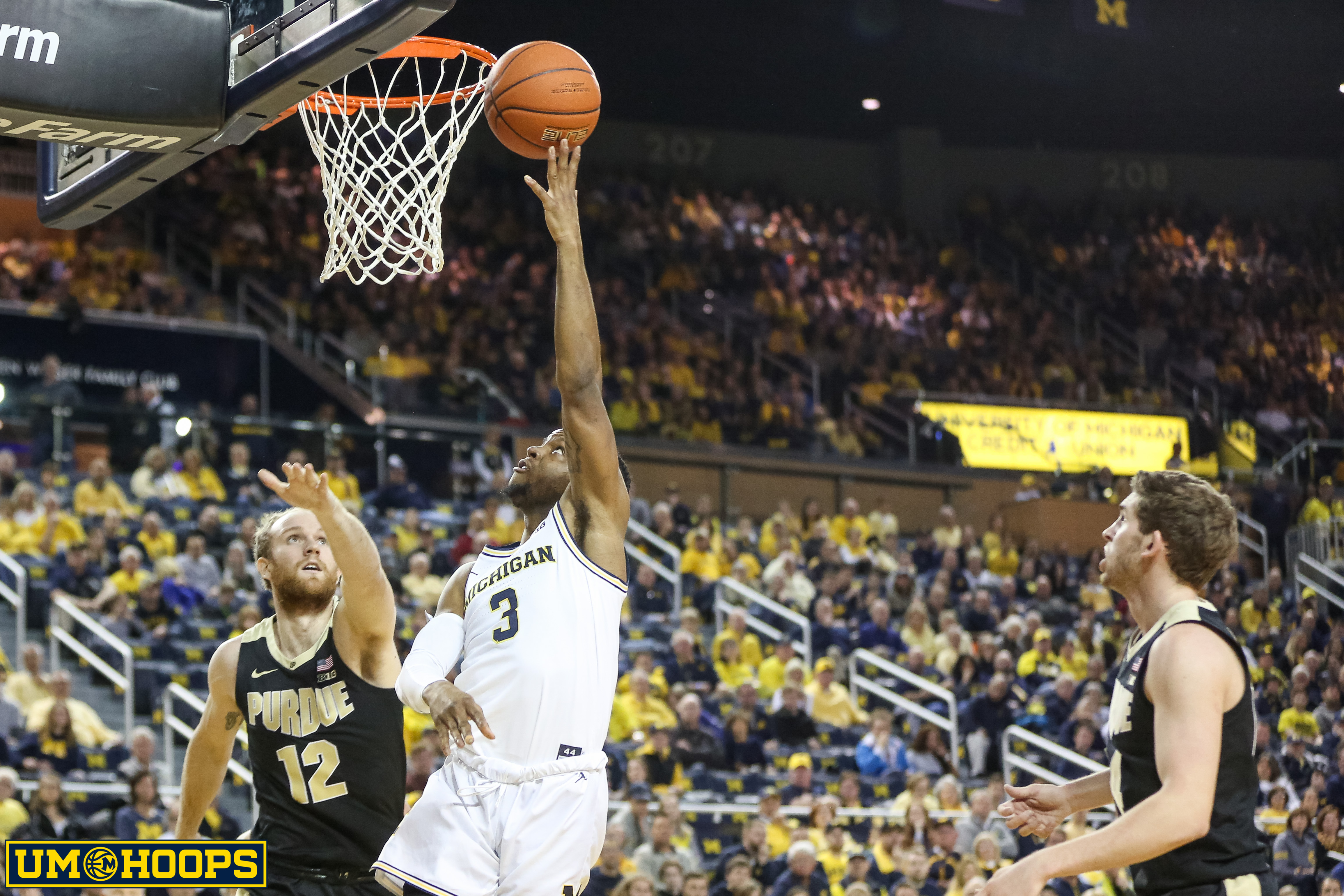 No one was sure when the streak would end, but everyone knew it had to end at some point.

Michigan beat its first eight opponents of the year by a minimum of 17 points. The largest margin of victory was 28 against Chattanooga and the Wolverines, on average, won each game by a little more than 21 points.

That run of dominant victories came to a screeching halt Tuesday against Northwestern, where Michigan escaped with a two-point, 62-60 win.

“We knew it was gonna come sooner or later,” said junior guard Zavier Simpson. “We’re not just gonna go this whole season beating teams by double digits. There’s gonna be some tough games, different matchups and things like that that’s gonna slow us down, but we have to just find other ways to win. Try to pull a victory out, even if it’s just like we did at Northwestern. We pulled it out. That’s what’s important.”

It was just the Wolverines’ second true road game of the year and the Wildcats gave Michigan its first real test of the season.

Now, with South Carolina coming to Ann Arbor on Saturday, the Wolverines have a chance to show what they learned from the game at Northwestern and make up for their ugly loss to the Gamecocks two years ago.

“We’ll try to do our very, very best,” said Michigan coach John Beilein. “They really took it to us two years ago. We don’t have many guys that were on that team left, but they really took it to us. … We’re gonna have to be ready to meet a very strong — a team that will really challenge us for all 40 minutes and we’ve gotta get it done.”

South Carolina is just 4-4 on the season, with losses to Stony Brook, Providence, Wofford and Wyoming. It seems like a mismatch on paper — the Wolverines are favored by 18.5 points in Las Vegas — but Michigan will play its third game in six days Saturday and will have to be ready to play against the team that won 61-43 the last time these two teams met.

A year after starting 22 of 40 games for Michigan, sophomore forward Isaiah Livers is having to adjust to a new role off the bench. In addition to playing his usual position at the ‘4’, Beilein has also used him as a small ‘5’ and at the ‘3’.

In the first few games, Livers was an offensive spark when he came into the game. Over the course of four games — from Villanova to Chattanooga — Livers missed no more than one 3-pointer attempt per game. He wasn’t attempting very many, but he could be relied on to get a shot to fall when Michigan was in need.

But against Purdue, Livers notched just two points in 13 minutes — both of them from the free-throw line. And at Northwestern, Livers was 0-of-2 from the field and finished with zero points in 22 minutes of play.

“I think it was really good at the beginning,” Beilein said. “Then I thought he took a step backwards for a couple of days, where he really — it sunk in on him that, ‘Hey, listen, I may be coming off the bench the whole year, and I gotta play three different positions.’ You gotta embrace that. He’s the only one we have that can do that, and that’s why we chose him to be the guy who comes off the bench.”

After a stretch where Michigan was seemingly always preparing for the next game, the Wolverines now have a few weeks where they get a bit of time off between games.

With the exception of freshman forward Ignas Brazdeikis, Michigan’s freshmen have played sparingly so far this season. With a chance to take some time to work and develop, the next few weeks will be big.

“I think what’s most key is the four or five days of practice we have in between games,” Beilein said. “We can really push them without — against the starters or play with the starters. … So, the Monday-Tuesday of each week for the next few weeks, we will really be spending all on Michigan time. That’s where you go out and tell (freshman guard David DeJulius), ‘David, you’re the starting point guard. (Simpson’s) in foul trouble, you’re the starting point guard.’ ”

And if Beilein likes what he sees in the next few weeks, there’s a chance some more freshmen start becoming real pieces of the rotation. But for now, while they’re getting just a couple minutes per game, Simpson is making sure to keep their minds in the right spot.