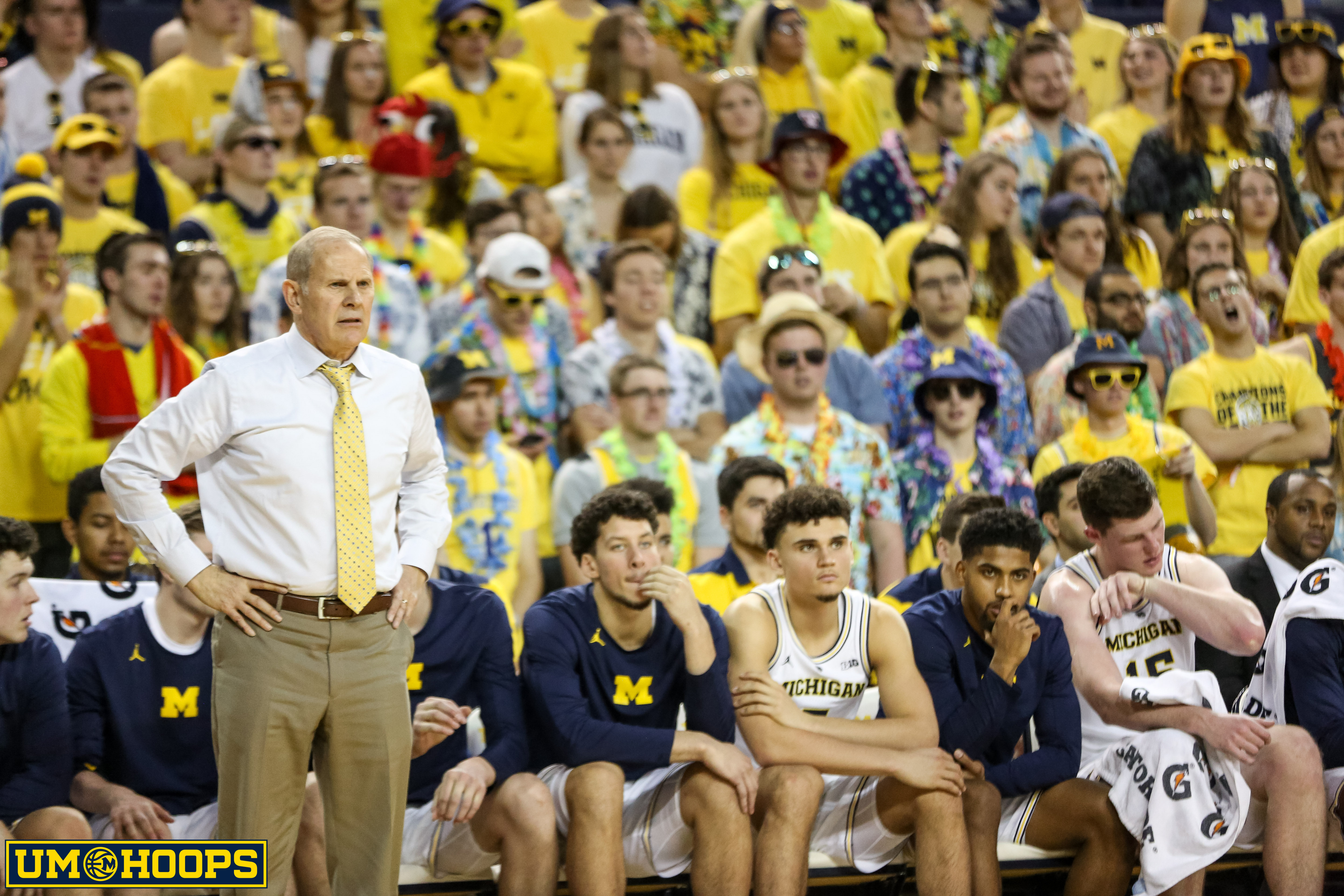 Brandon Johns was recruited to play on the wing at Michigan.

The four-star recruit was  projected to fill a similar role to what the Wolverines have gotten out of Isaiah Livers and Ignas Brazdeikis. Another do-it-all forward who can space the floor and play multiple positions.

The rotation simply hasn’t shaken out that way. Jordan Poole’s consistent play pushed Brazdeikis to the four, rather than the two, which pushed Livers to a sixth-man role. There aren’t enough minutes to go around at the four and the backup center spot is now the best chance for Johns — who has played just 30 minutes in 10 games — to crack the rotation.

“I’m just trying to get (Johns) on the floor,” Beilein said. “What’s his easiest path to getting on the floor this year? (Center) may be the easiest path right now … We saw him probably as Isaiah Livers, competing with him at one time, and Iggy’s emergence has gotten in the way.”

Johns is still getting used to college basketball. He joked today about not playing tons of defense in high school versus now, but the speed of the game means that he can’t rely solely on his athleticism to make an impact on the court.

“I think it’s just the game is a lot faster,” Johns said. “Like I said in high school, I kinda tried it everywhere. I didn’t really — I played defense, but I didn’t really play defense. So, coming here, it’s kinda like, you’re playing defense every second of the game at intense speed. So trying to build up to that speed took me some time. But I think overall I’m kinda comfortable with it now.”

Actually playing defense is not optional in college. Doing simple things quickly is among the most important elements of transitioning to the Division I level.

“Just being stronger at the basket. Finishing more against a body. Guarding better,” Beilein explained. “He had a couple really good defensive stops today. These are the little things. You’re not going to be back there long. We can’t have you make a mistake on offense, a mistake on defense, that’s four points (against) us.”

“You really have to get some of the basic fundamentals down. Not what play we’re running. I’m talking, if you’ve got leverage, finish it. Go get a 50-50 rebound. Run the floor really well. Typical things that a lot of young kids don’t have coming in. They’ve always been able to get it without trying as hard. Now you’ve got to try hard and get it done.”

It is hard, but not impossible for a young player to break into the rotation mid-season. Isaiah Livers cracked the starting lineup in January last season after playing a small role throughout the non-conference season and Johns won’t have a better opportunity than upcoming home games against Western Michigan, Air Force and Binghamton to make an impact.

Western Michigan’s 7-foot center Seth Dugan is averaging 17.7 points per game and will pose another test for Wolverine center Jon Teske. Beilein mentioned that it’s going to be the first time that Western Michigan and Dugan have seen players as big as Michigan’s.

The key for Teske — and any of Michigan’s reserve centers — will be to win the battle before Dugan catches the ball.  Beilein noted that Western Michigan head coach Steve Hawkins does a good job of scheming Dugan into post-ups where he doesn’t have to make too many moves in order to score.

“We’ve seen some other big guys more in the 6-10 category, and Seth is going to see some big guys for the first time too,” Beilein said. “We’ll see how it goes. Jon’s had some really good defense at times … It’s going to be a challenge at times. Steve Hawkins does a good job of getting Seth Dugan the ball where he wants, and his moves are minimal from that, he’s already in great position.”

The Wolverines held their first eight opponents below 42% shooting inside the arc, but allowed better than 50% in their previous two games. They’ll hope to start a new streak on Saturday afternoon.

Sometimes, no news is good news

Besides talking about the backup center race and Johns’ development, it was a rather placid Friday availability for a team that is 10-0 and, by all metrics, one of the best teams in college basketball.

With only three games in the next three weeks — all of which Michigan has a 99 percent chance or better at winning according to KenPom — Beilein can experiment by doing things like playing Johns at center for extended periods of time and continuing to tinker his system.

“There must not be a lot of news right now,” Beilein said at the end of the conference.

And maybe, Beilein and the team just don’t have a ton of questions to answer right now.