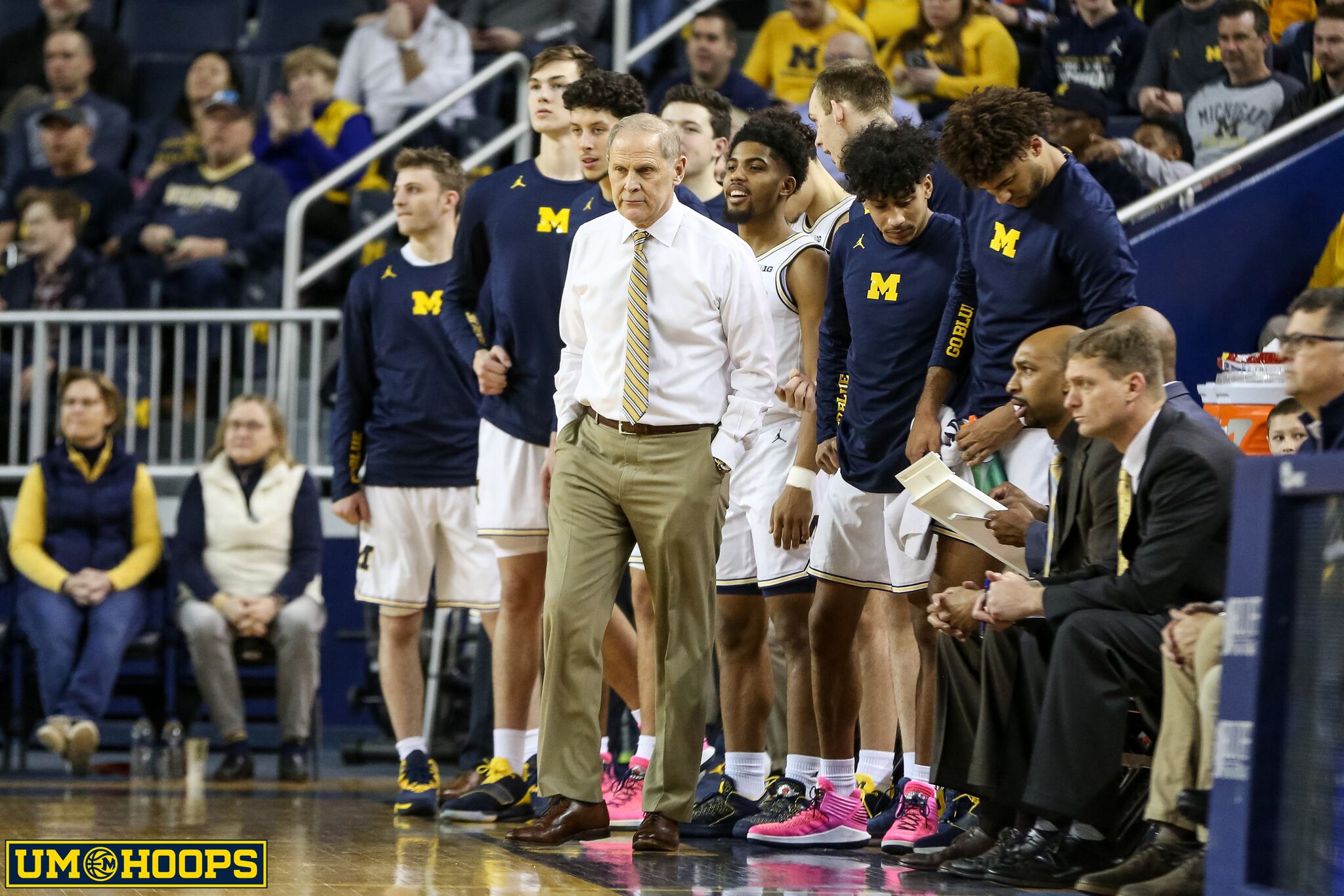 Here are the five most important things that the Wolverine head coach said ahead of Thursday’s game (and why they matter).

“Damn computers have screwed everything up”

“It’s almost like I want to stop guessing (how teams are going to defend us), but I still guess. I mean we saw it this year with what Purdue ended up doing right when we played them. Northwestern had played us all zone for the last two or three games and then all of the sudden played us with not one bit of zone this year. So it’s really hard to guess it. I hope at this time of the year we’re efficient at recognizing and efficient at executing.

“The way the game has become, I know this sounds crazy, we’re trying to just really simplify what we’re doing because with the shot clock and the way people are playing us, you just can’t go in and put it in a whole new game plan with a set of 15 or 20 looks we’re going to do in this game, but it’s a completely different one four days later.

“I don’t do that anymore. I think we could do that before because people were pretty set in their ways. Now you don’t know how people are going to play us. We have no idea whether this team is going to switch, whether they are going to ICE the ball screen, go under ball screens, we don’t have any idea. We’ll find out and then at the 10 minute mark they could change it.