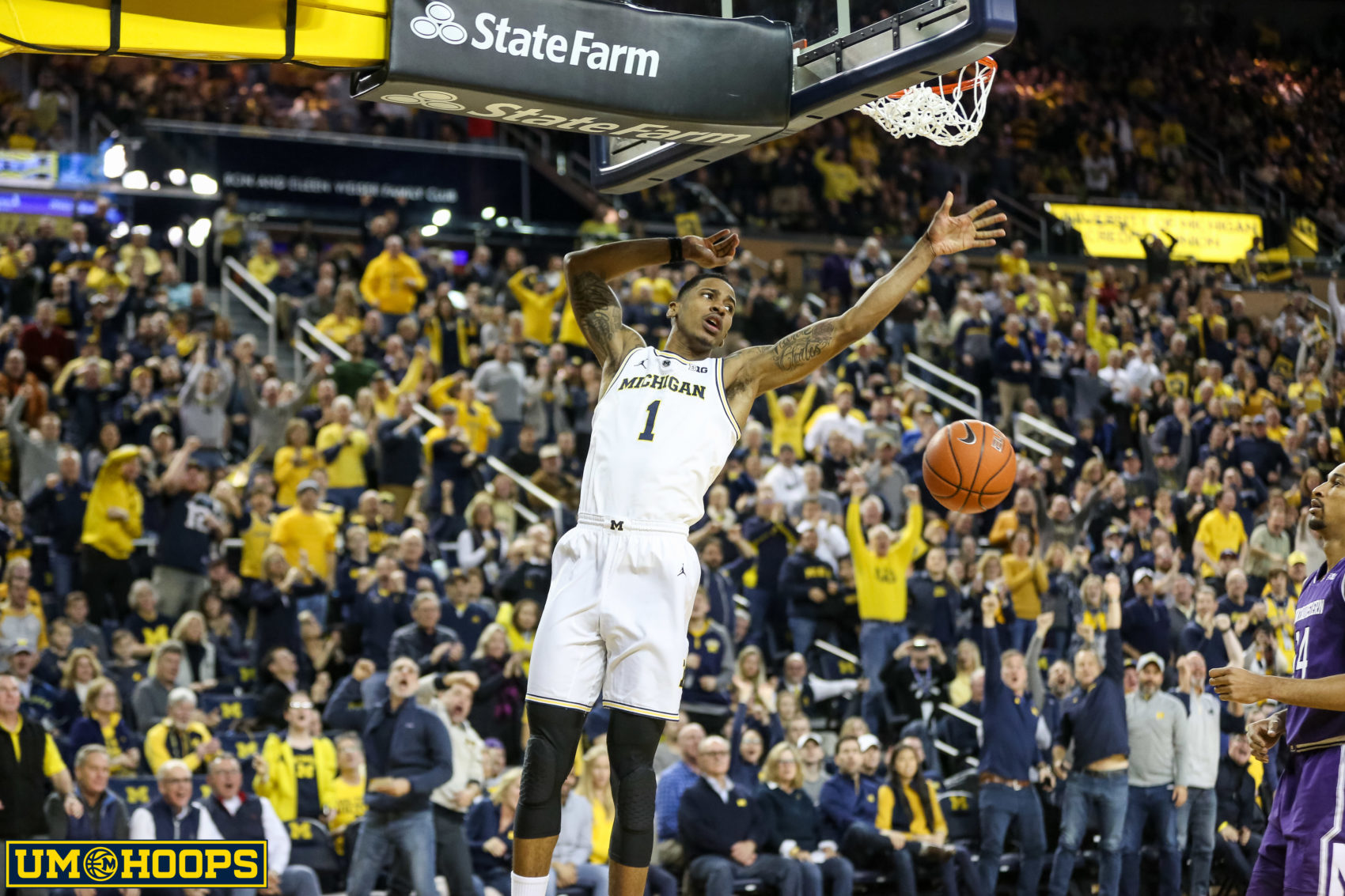 What is and isn’t working for Charles Matthews, and eight other things to know about Michigan hoops

Some observations aren’t worth a whole story, but they are still worth discussing. Here are an assortment of stats, observations and more on Michigan basketball through 17 wins.

The mid-range shot has been a staple of Charles Matthews’ game since he arrived in Ann Arbor. A quarter of his shot attempts were mid-range jumpers last season and that number has increased — up to 34.8% of his attempts — this year.

Matthews started the season hot from those middle areas. He knocked in key mid-range baskets in early wins over Villanova, Providence and North Carolina and shot 43.2% on mid-range jumpers during the non-conference season.

He hasn’t been as fortuitous in Big Ten play. Matthews is 0-of-24 on mid-range jumpers in league games, a slump that is leaving a massive hole in his shot chart.

Matthews is finishing at the rim exceptionally well (and he’s able to create unassisted field goals at the basket), but Michigan will look for him to get to the rim more often and hope that his mid-range shooting regresses toward the mean in coming weeks.

What is and isn’t working for Charles Matthews, and eight other things to know about Michigan hoops