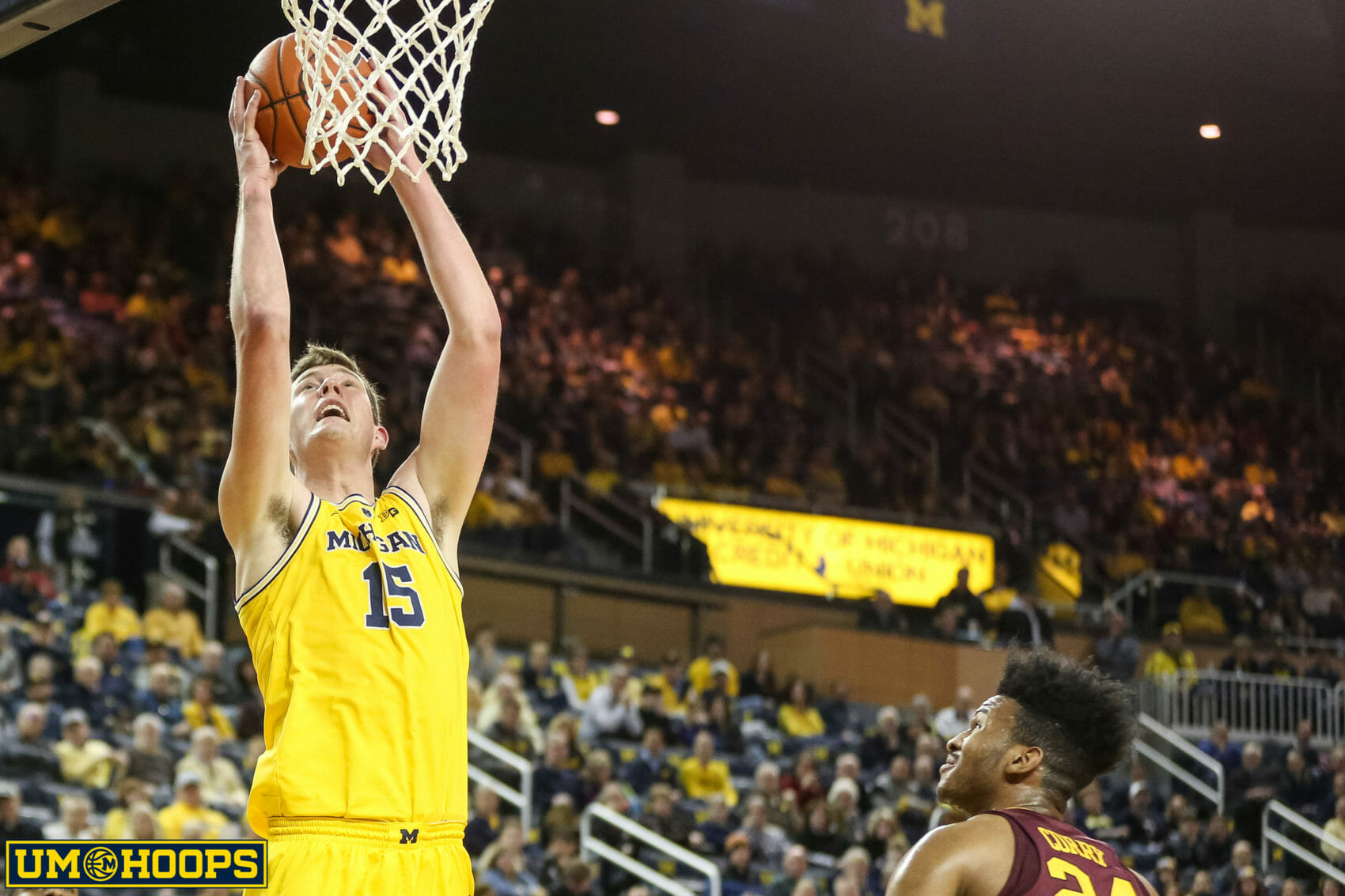 Thanks to a buzzer-beater baseline jumper from redshirt junior wing Charles Matthews, Michigan defeated Minnesota, 59-57. Here are five takeaways from the win.

When freshman forward Ignas Brazdeikis finally made his first field goal of the game just before halftime, it broke a shooting drought for the freshman forward that dated back to the second half of Michigan’s game against Northwestern more than a week ago.

But as soon as the ball went in the net once, Brazdeikis didn’t look back. He scored once, and then again before the half, and came out of halftime firing on all cylinders. In the span of just a couple of minutes, Brazdeikis hit a three-pointer, grabbed a defensive rebound and scored in transition — and got an and-one — at the other end of the floor.

It was a striking contrast to his performance at Wisconsin, where he finished with zero points on zero-for-five shooting.

“I was not shaken, I just didn’t make shots early on, that’s it,” Brazdeikis said. “I knew that I had to get aggressive. I didn’t make shots in Wisconsin, I felt like I was a little passive in that game — not passive, but not myself, aggressiveness. I wasn’t trying to be selfish at all, I was just trying to be aggressive, make plays, kick out, create something for myself as well and get the whole team going.”