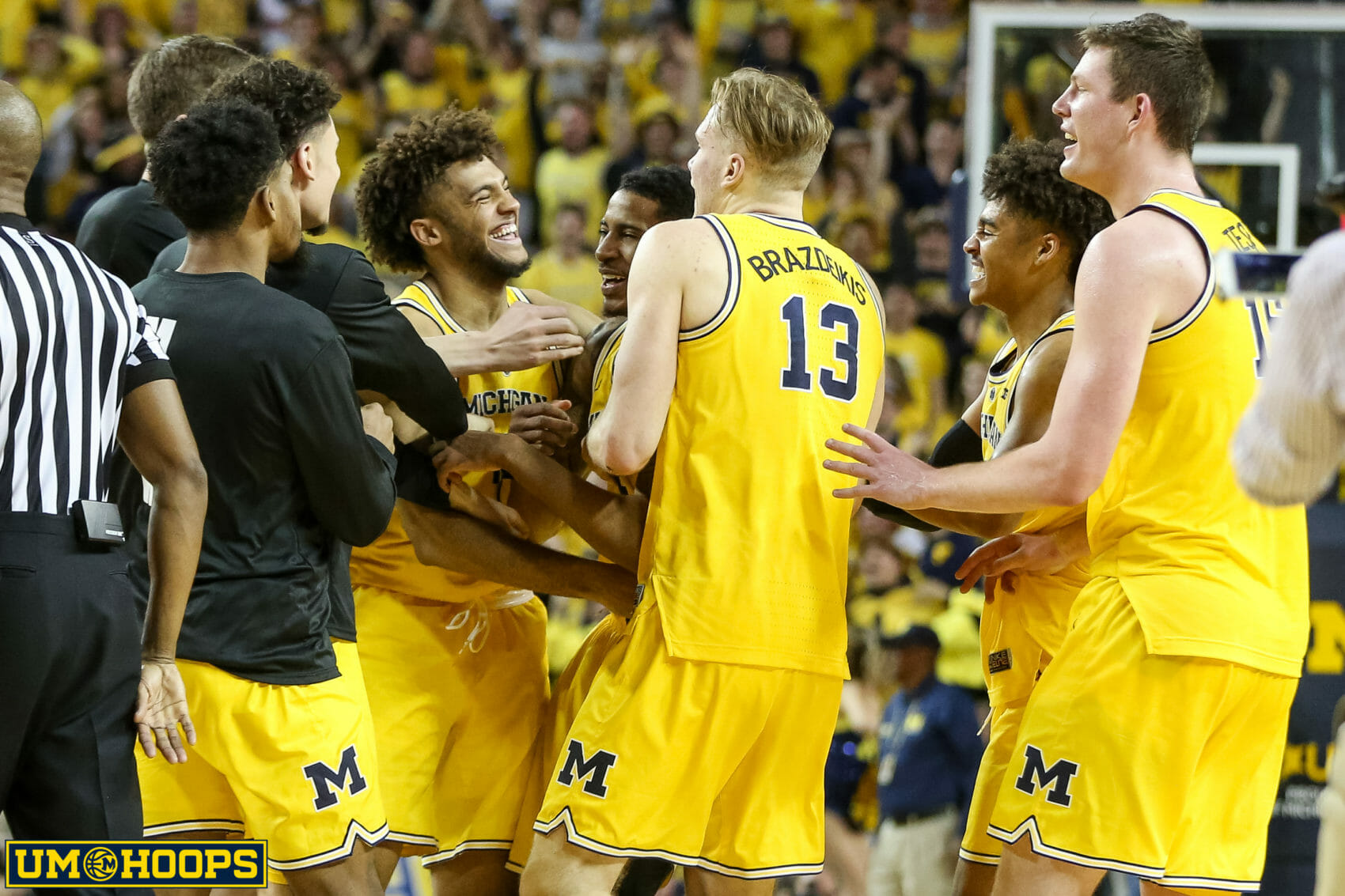 Charles Matthews breathed a sigh of relief when the officiating crew signaled that his buzzer-beater beat the shot clock and notched Michigan a narrow win over Minnesota.

For a moment, though, the result was in doubt. A lengthy review of the shot clock revealed that the ball left the redshirt junior forward’s fingertips a tenth of a second before the horn went off.  In the Wolverines’ 18-1 start, close games like Tuesday’s against Minnesota have been few and far between.

When Michigan held the Gophers scoreless for a six-minute stretch spanning the middle of the second half, the Wolverines were on their way to run away with another lopsided home Big Ten win. A familiar script by this point in January.

The Wolverine lead grew to 13 points before Jordan Murphy helped pulled Minnesota off the mat with scores on three straight possessions. Gabe Kalscheur’s three with 31 seconds remaining tied the game and followed a string of six straight empty offensive possessions from Michigan’s offense.

Beilein was disappointed with his team’s late-game execution.

“No,” he remarked flatly when asked if he was happy with their late-game shots. “I thought we could have seen some other people and that’s something we’ve gotta work on. A couple were good, but there’s a couple times we’ve gotta turn those things down, keep dribbling and find somebody else.”