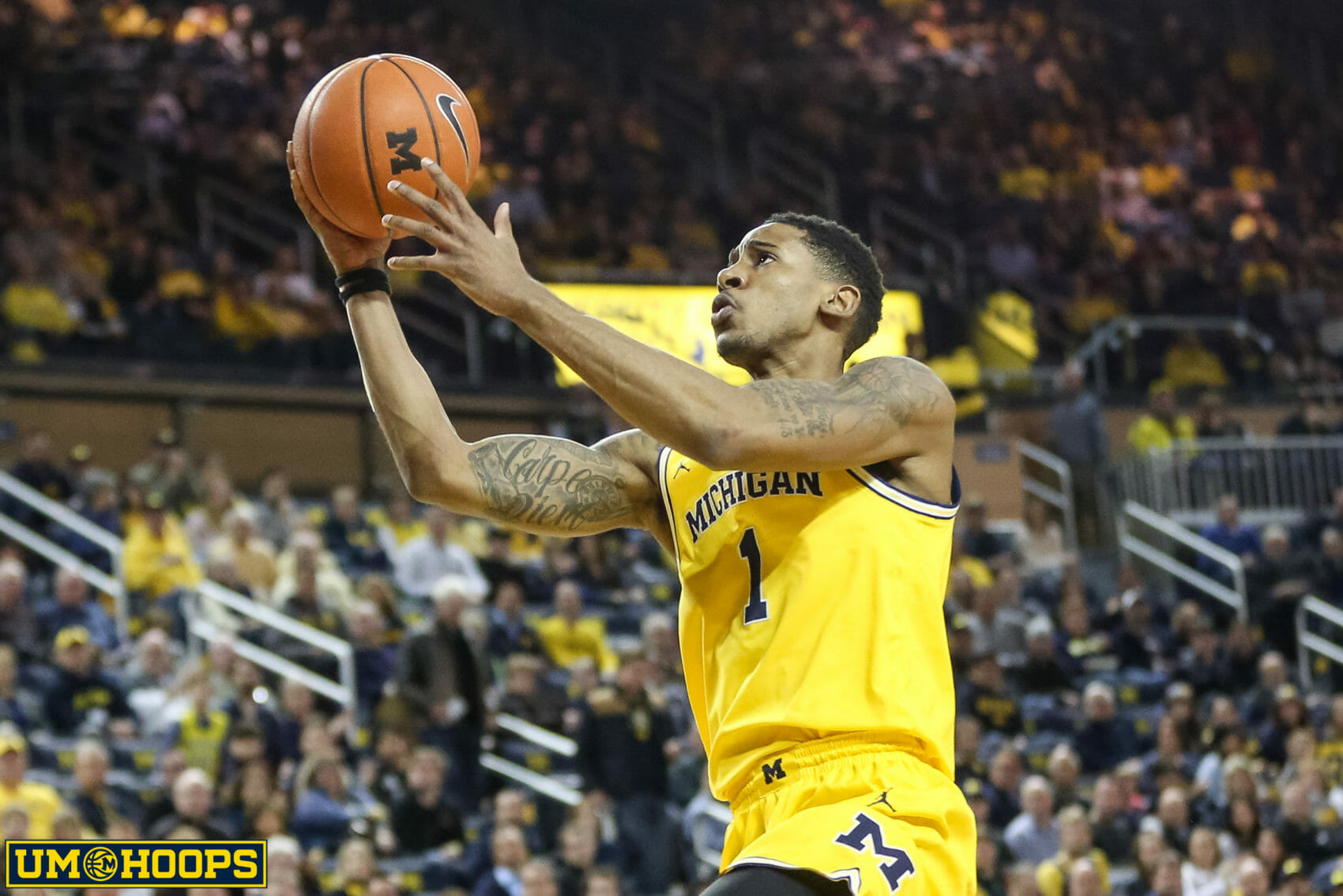 Selection Sunday is still almost two months away, but it is never too early to dive into bracketology.

Selection Sunday is still over a month away, but it is never too early to dive into bracketology.

Sitting at 19-1 and ranked 4th nationally by the NCAA’s NET Rankings, Michigan is sitting in a strong position if the tournament field was selected today. Despite the impressive start, a casual examination of the Wolverines’ team sheet serves as a reminder of just how much work they have left to do.

If the Wolverines continue to rack up wins at this pace, they should be in an excellent position for a 1 seed, but the victories won’t come easy in February and March. 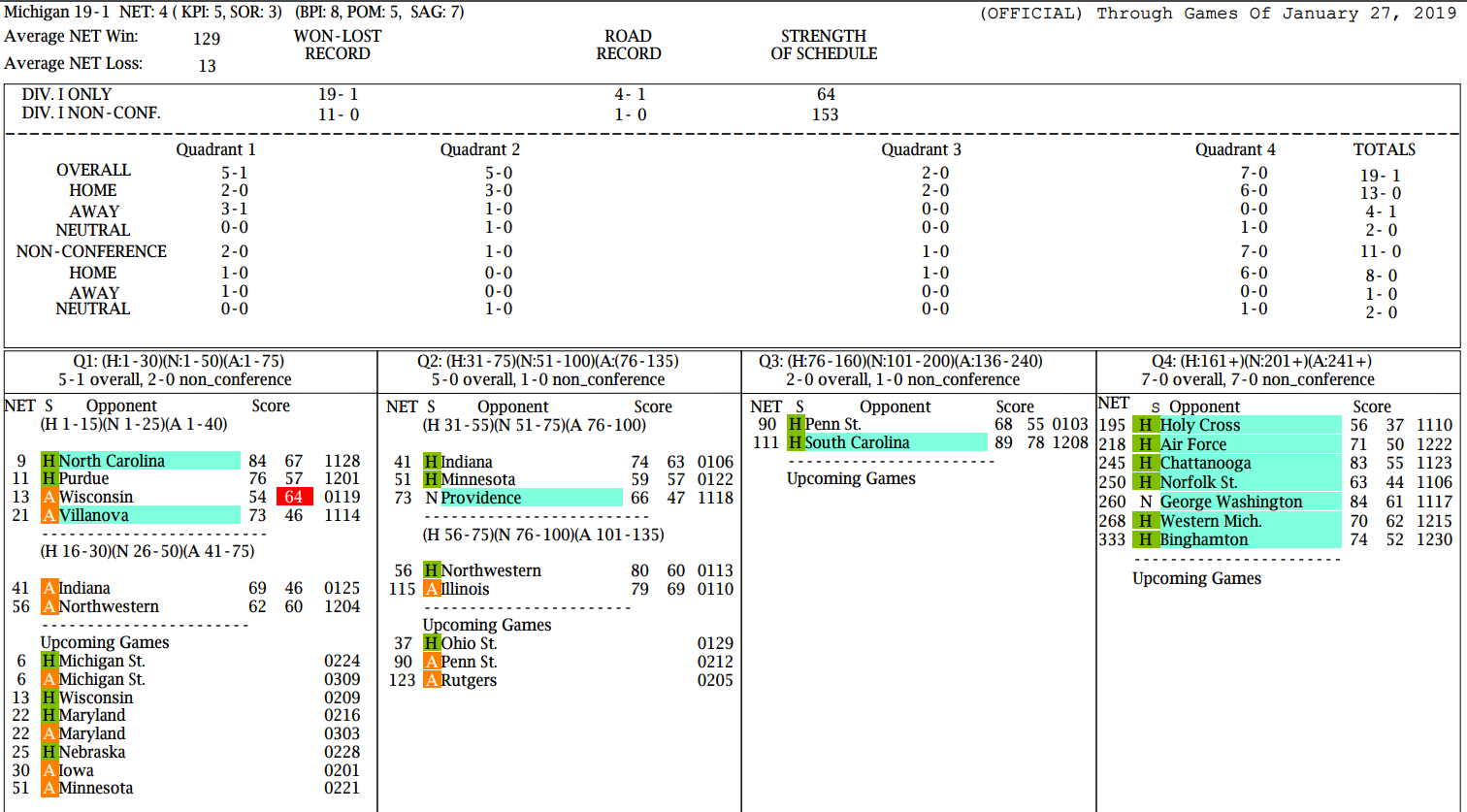 Right now, Michigan and Michigan State are neck-and-neck on the consensus S-curve. The majority of projections have the Spartans and Wolverines as either the fourth No. 1 seed or the first No. 2 seed. Andy Bottoms explains that the gap between the top five teams in the country is minimal.

The only change came as Michigan and Michigan State swapped seed lines following the Spartans’ loss at Purdue on Sunday. An argument could be made to keep MSU on the one line, and the separation between these five teams is still minimal.

Across the Big Ten, Purdue and Wisconsin appear to be in line to receive a top-four seed as well. The rest of the conference is still alive in the NCAA Tournament picture — and the league could still earn ten bids — but is floating somewhere between a seven seed and the bubble.

Will the NCAA consider putting Michigan somewhere other than Columbus due to its rivalry with Ohio State? Who are the primary competitors with Michigan to land an early-round game in Columbus?

It is entirely possible that the committee will consider putting Michigan somewhere other than Columbus; whether or not that will be due to the Ohio State rivalry is quite difficult to determine. As the tournament approaches, all the teams that are in the running for the number 1 overall seed have an opportunity to make known their preferred region and preferred sub-regional pod locations.

If Michigan is a part of this conversation, they may request Des Moines or Hartford as their preferred sub-regional pod if they fear a disadvantageous crowd in Columbus. To be guaranteed this location, they would have to earn the number 1 overall seed. However, it is possible that if they earn a 1 seed, but not the number 1 overall seed, that the committee may still cater to their request to the best of their abilities.

I’m sure it comes as a surprise to no one that Michigan State is one of the primary competitors for landing in Columbus with Michigan. In my most recent bracket projection, I have both these teams ending up in Columbus. Based on geography and seeding procedures, two teams in particular could throw a wrench into that, and they’re both from the SEC: Tennessee and Kentucky. Assuming that Columbus is Michigan’s preferred location, as long as their true overall seed is higher than two of the three teams above, they’ll be in great shape.

Is there a chance that Michigan and Michigan State could receive No. 1 seeds?

It’s funny that you ask that, because around Christmastime, I told some colleagues that I thought there was a legitimate possibility that this exact scenario could unfold on Selection Sunday. The Big Ten had a great performance in the non-conference, and so far, it looks like Michigan and Michigan State are the class of the conference. In my most recent true seed listing, I have Michigan as the 4th overall seed and Michigan State as the 5th overall seed. If we see any combination of Duke, Tennessee, or Virginia stumbling down the stretch, it’s entirely possible for the Big Ten’s current top two teams to both earn 1 seeds.

There is a circumstance to be wary of for fans of both these teams – ending up as the 1 seed in the West regional with Gonzaga as the 2 seed. From a personal perspective, if I was John Beilein or Tom Izzo, I’d rather take my chances as a 2 seed in one of the other three regionals in order to avoid such a geographic disadvantage.

Michigan has 8 Q1 and 3 Q2 games remaining on its schedule. Does it have to worry about a lackluster NC-SOS given the depth of the Big Ten?

The non-conference portion of Michigan’s team sheet is going to look very interesting. They nabbed a couple top-quality quadrant 1 wins (at Villanova, vs. UNC), but they also have seven quadrant 4 victories. Especially in recent years, the committee has demonstrated a pattern of valuing a couple great wins amongst mostly mediocre wins in a higher regard than a handful of decent wins. Add that to the fact that the Big Ten had such a stellar performance in the non-conference, and I think Michigan can rest easy knowing that their overall SOS is not going to impact them on Selection Sunday adversely.