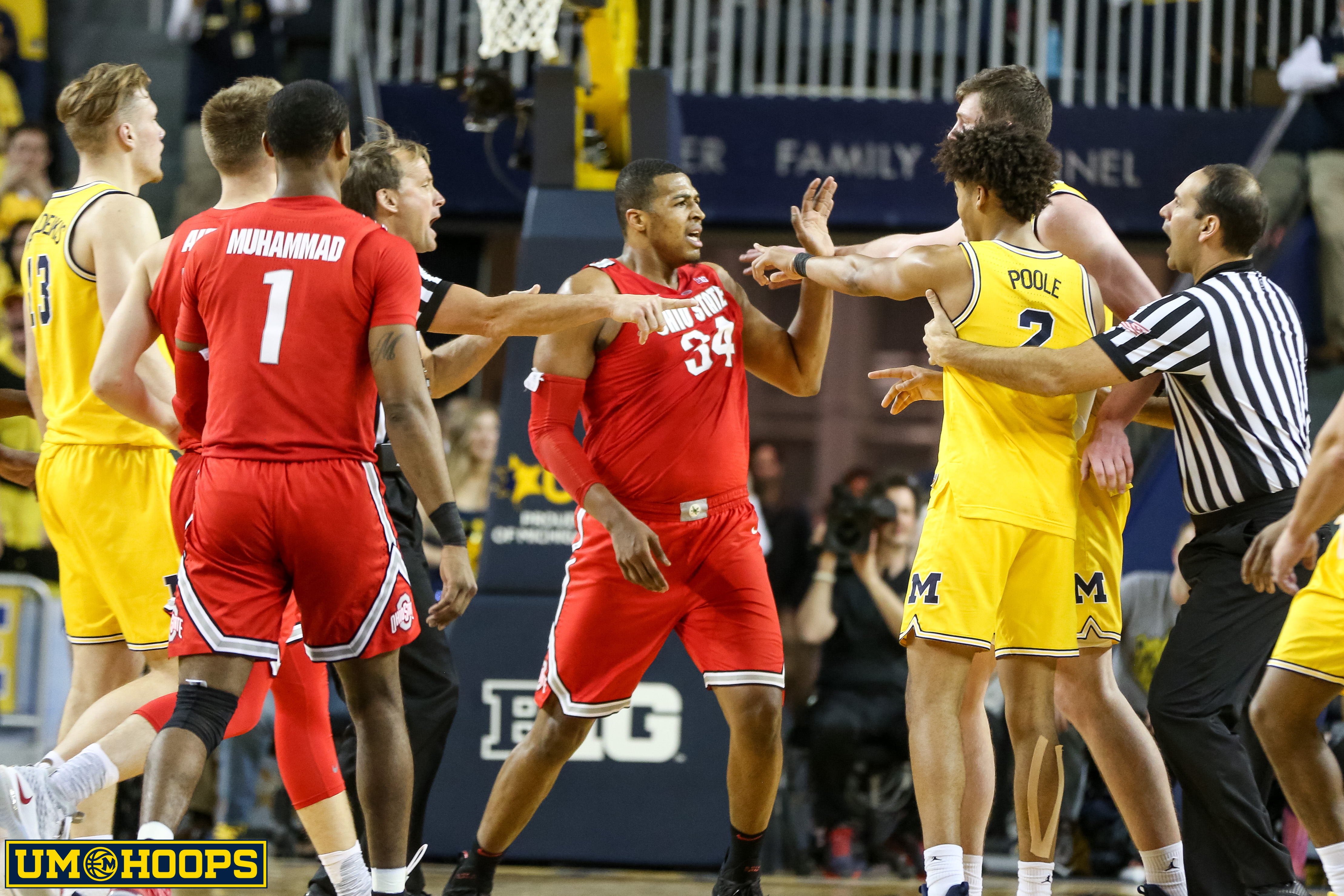 Zavier Simpson is a lot to handle on a normal night. When he feels personally slighted, he reaches another level.

Simpson started jawing in pregame warmups before a November rematch of the National Championship game. He dominated Collin Gillespie, racked up five steals and a flagrant foul before leaving with a 27-point win.

Northwestern embarrassed Simpson in Evanston and forced John Beilein to bench him in December. He responded with career-high 24 points in the rematch.

As far as those battles with Cassius Winston — the point guard that both Michigan schools wanted before him — the game film tells the story there.

Simpson grew up 90 minutes from Ohio State’s campus and his uncle played there. The Buckeyes didn’t offer him a scholarship. It doesn’t matter if Chris Holtmann wasn’t there at the time, Simpson knows what the school stands for.

Simpson might be the best point guard in the country that no one knows how to measure, but he responded with a stat line that is universally understood: 11 points, 12 assists, 10 rebounds, two steals, one block and zero turnovers. The sixth triple-double in program history.