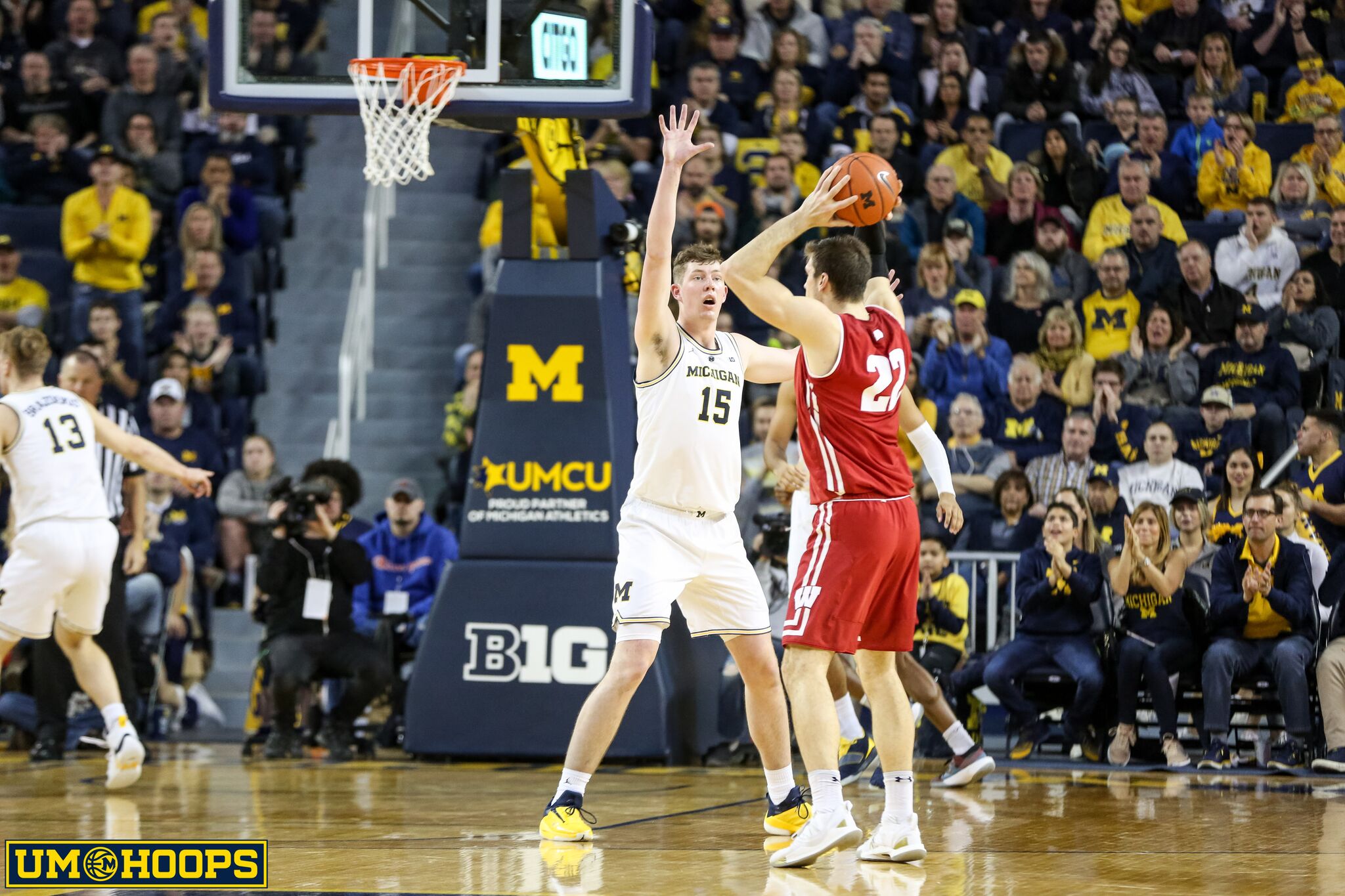 The last time Jon Teske faced Ethan Happ, Happ tallied 26 points on 12-for-22 shooting and had seven assists. It felt like Happ was getting whatever he wanted, despite Teske’s efforts to contain him in the post.

But on Saturday, when Happ came to Ann Arbor, the matchup took on a different tone.

Teske held Happ to 18 points on 9-of-19 shooting, five turnovers, and just one assist. His least efficient offensive game of the season.

It doesn’t sound like a huge change in the scoring column, but Happ scored 10 of those 18 points in the first nine minutes of the game and added just four points in the second half.

He did spend a large part of the half on the bench in foul trouble, but when he was in the game, he had a much harder time getting things going over Teske.

“One of the big emphasis was (Teske) got an early foul at Iowa, just reaching, and he’s had early fouls against Happ before,” said Michigan coach John Beilein. “The whole idea is guard him without bad fouls. Well, I think he guarded him without — as physical as he could guard him.