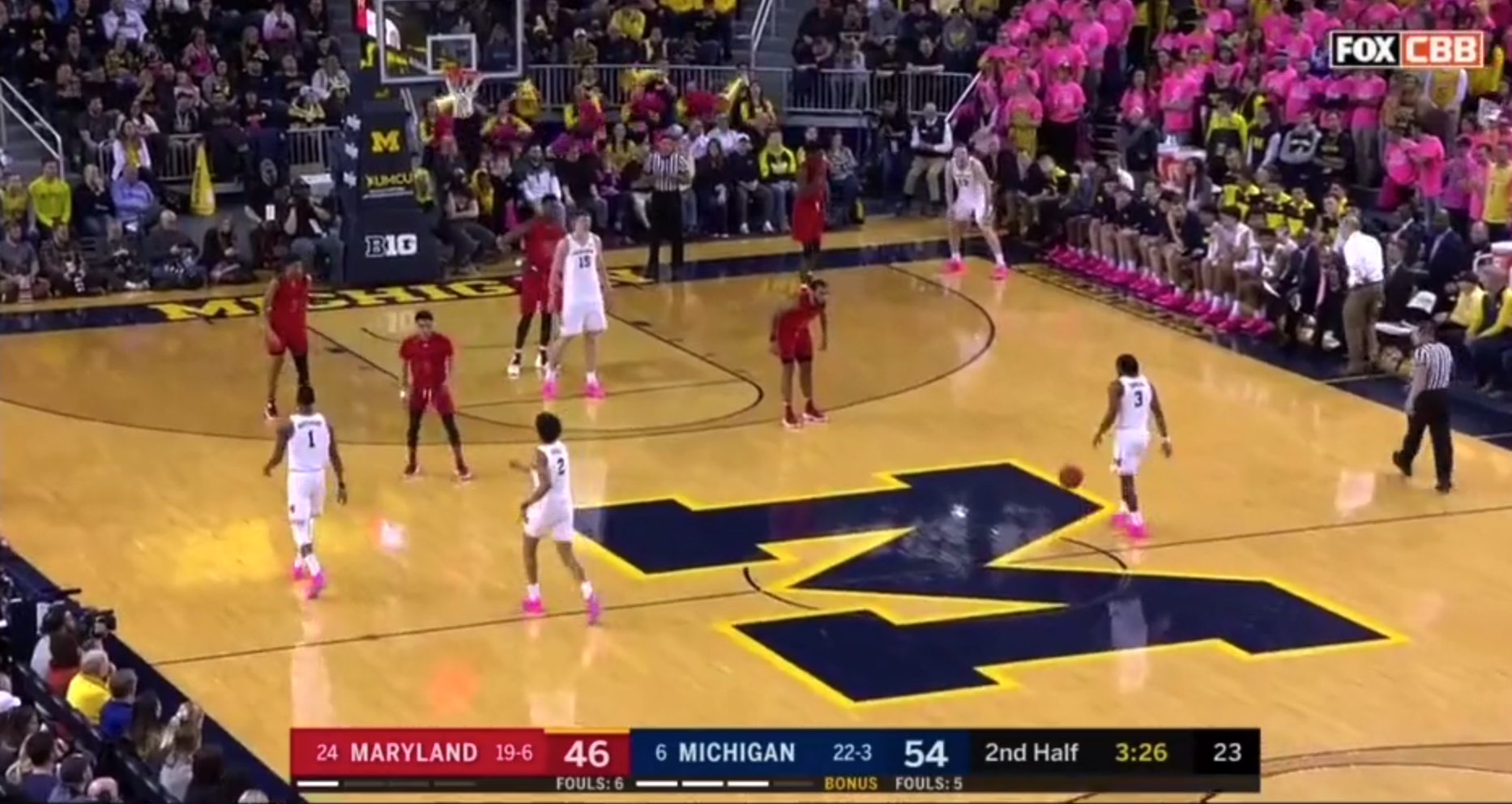 Michigan knocked off Maryland on Saturday afternoon in a defensive battle. Here are Five Key Plays from the 65-52 victory.

Three things set the tone in Michigan’s win: defense at the rim, turnovers and transition offense. Maryland made just 5-of-14 twos and turned the ball over 13 times in the opening half. Michigan scored 10 of its 27 first-half points on fastbreak layups and dunks.

“A lot of it was (Michigan’s) defense, and a lot of it was not executing,” Mark Turgeon said after the loss. “I thought we missed some bunnies around the rim, Bruno (Fernando) was overthinking it — extra pivoting instead of jumping up and shooting over (Jon) Teske. And then it kind of snowballed on us, we had some outlandish turnovers.”

Facing a transition defense that did more pointing than running was a welcome change for Michigan. The Wolverines have struggled to score efficiently in the fastbreak, and their 20 points on 13 transition possessions were a step in the right direction.

“They see it. They see the analytics on it that we’re a very middling offensive transition team,” Beilein said afterward. “We showed them stats from other years, and I said, ‘we’re doing the exact same thing.’