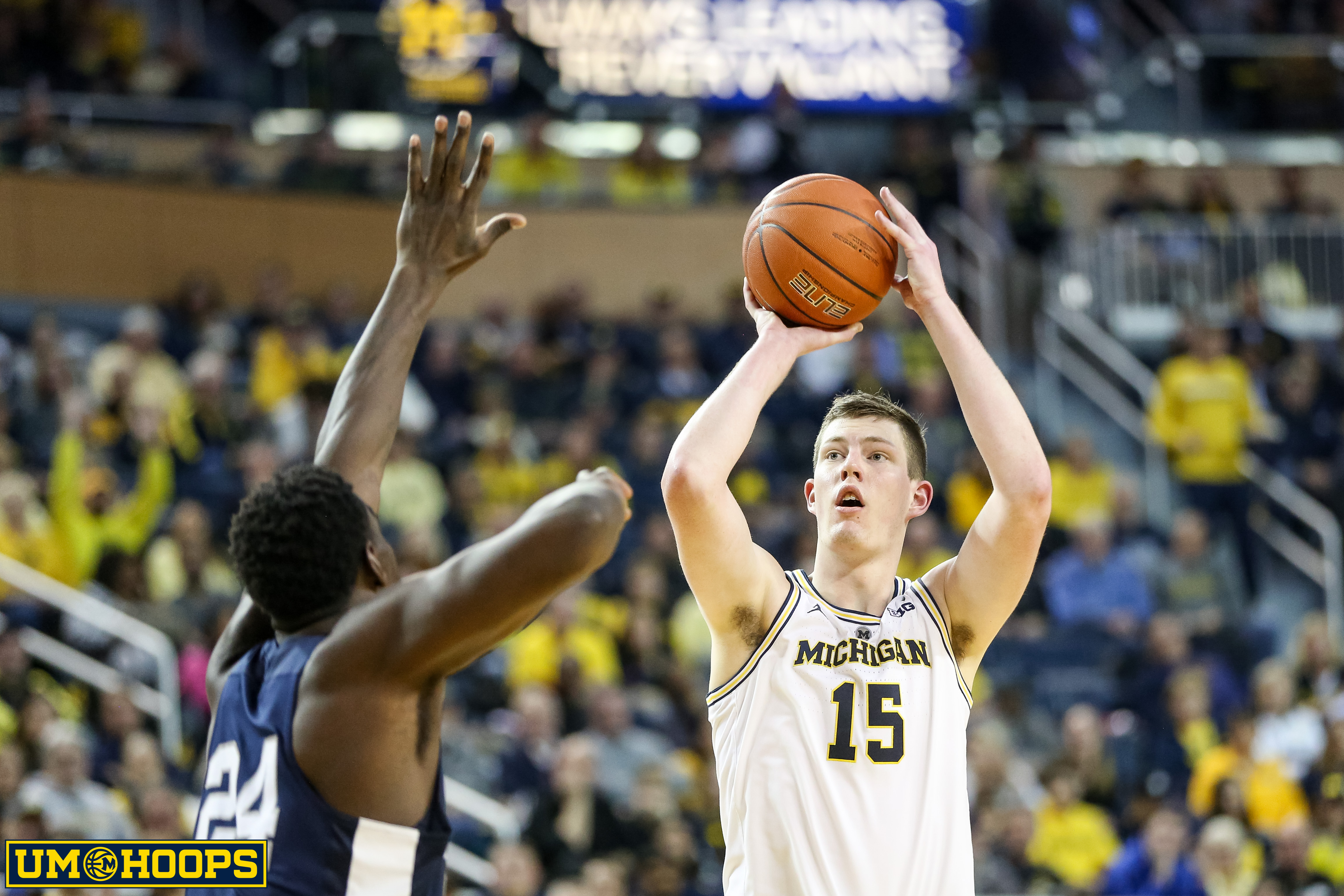 John Beilein and Zavier Simpson know that Jon Teske is by no means a volume shooter. Coming into Saturday, the junior center was fifth on the team with 6.7 shot attempts per game.

Teske, however, became one when Michigan needed him to be. Even when he missed nine of his first ten shots, with a stroke flat like the imaginary lid over the Wolverines’ basket, Beilein and Simpson had the same message for the junior — just keep shooting, and everything will solve itself out.

“(I told him) keep shooting,” Simpson said of Teske’s season-high 13 shot attempts. “One of them has to fall. They’re going to fall sooner or later. When he hit that three, that was the biggest moment of the game in my opinion.”


“This is something that he has to do,” Beilein said of Teske’s seven 3-point attempts. “We can’t turn back and say, ‘Jon you’re not shooting anymore.’ We’ve gotta find ways to score points, and if a pick-and-pop three five-man is one of those ways, we’re going to keep going with it.”