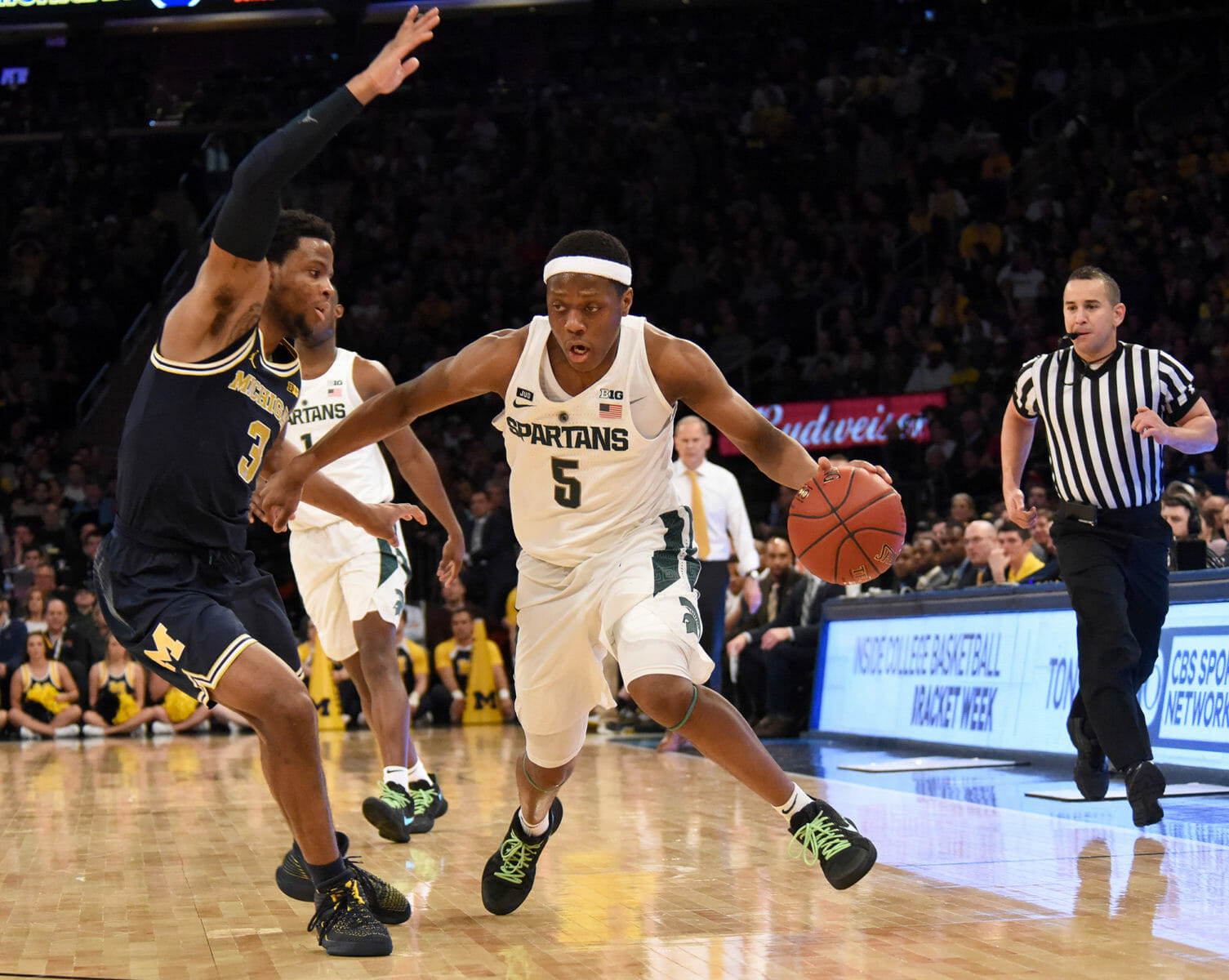 After almost 30 games and four months, the first edition of Michigan vs. Michigan State is finally here.

The Wolverines aren’t playing as well as they were in November and December. The Spartans are banged up, missing two starters, and dropped three conference games in a row a few weeks back. Despite the ups and downs, both teams are tied for first in the Big Ten with four games to play.

The Spartans and Wolverines have split their last 14 head-to-head matchups, but Michigan has prevailed in the previous three.

A revamped defensive strategy is the foundation of that 3-game winning streak. Over the last two years, the Wolverines have outlined the game plan to beat the Spartans. It is a plan that isn’t any different than their plan in any other game.

If the Wolverines accomplish these five things, they’ll win their fourth game in a row against their in-state rivals.

Save 35% on an annual subscription to UM Hoops with promo code RIVALRY.